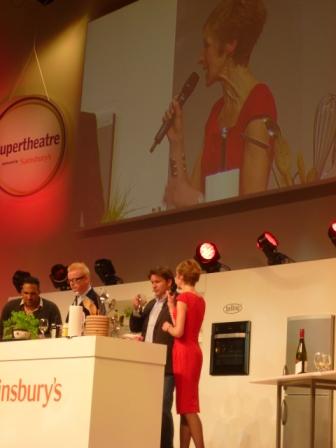 We were appearing on the Saturday Kitchen and Supertheatre stages, in the company of some star names in the worlds of food and showbiz – from James Martin to Chris Evans, Michael Caines to Laila Rouass, Theo Randall to Jimi Mistry.

Sprinkle in a bit of Alain Roux, Daniel Galmiche, Mark Sargeant, Paul Rankin and Glynn Purnell – and we were in foodie heaven.

The show was great fun and what we loved was the utter lack of pretension among the chefs and celebs. Everyone there seemed hell bent on just having a great time and getting stuck into their food and drink – which made for a wonderful atmosphere.

This was our first time on stage at the BBC Good Food Show before and, for those who haven’t been along, we’d thoroughly recommend it.

It’s a huge show, held in the cavernous expanses of Birmingham’s NEC (it takes about 20 minutes to walk from end to end…). I believe around 150,000 people attended in all this year over the five days.

The show features pretty much anything that anyone interested in their food and drink could wish for. From gadgets to widgets and everything in between – there are some great bargains to be snapped up. It’s an exhilarating journey of exploration and well worth a day trip from wherever you’re based. 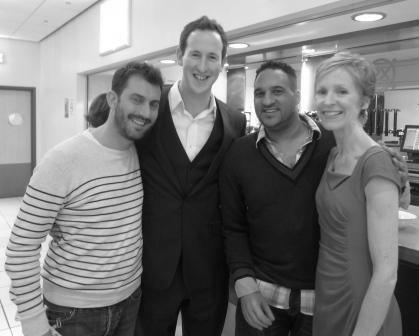 I had to work hard to keep Susie away from the kitchen utensil stalls – we had very little downtime between shows, as it happened – so we came away without purchases but armed with lots of handy tips from these brilliant chefs.

Such as Theo Randall’s advice to always add a bit of your pasta water as well as the cooked pasta directly to your sauce in the pan as it all integrates better and prevents the pasta from overcooking and becoming too starchy. And Theo’s top tip for a pasta maker? Has to be Imperia. Oh, and always leave your freshly made pasta to dry for a bit before using – otherwise it’s too gloupy.

On the Saturday night we celebrated the 21st anniversary of the show with a lively night at Peel’s restaurant in Hampton Manor. Memorable there were fine bottles including Doisy Daëne Blanc Sec and Solaia 2005, which was tasting magnificently in its tobacco-scented, fine-textured glory.

We had a good chat on the evening to Jo Wheatley, the adorable winner of The Great British Bake Off, who revealed that her secret for dealing with the intense pressure of the competition was…Rescue Remedy! Frankly, whatever she’s having we’d love some: she’s a great example to all budding chefs and bakers out there, and a lovely person. 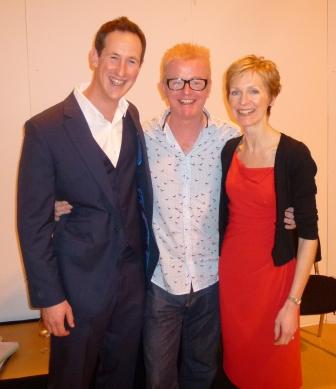 And while we’re at a good bit of name dropping, it was lovely to chew the cud during the show to the likes of Chris Evans, Laila Rouass and Jimi Mistry – all of whom came on the Saturday Kitchen and Supertheatre stages to try the food and wine.

They were all brilliant guests – interested in their food and drink, wonderfully down-to-earth and just great fun.

Chris revealed a penchant for reds (Bordeaux in particular).

Jimi was star-struck by Rick Stein but got his photo in the end. He also confessed to a hatred of aubergines (but loved the Primitivo we’d matched with it).

Laila was grace personified; her Moroccan mother was a professional cook and steams her couscous for a day before serving. She professed to be more of a red- rather than white-wine drinker but loved the two elegant Sauvignon Blancs we happened to be showing on the day (Les Pierblancs from M&S and Springfield Estate from Sainsbury’s) and said they’d shown her a side to whites she hadn’t really encountered before.

Below is a list of the dishes we were matching wines to, and the wines themselves. There are some great options in there for Christmas. We spent a fair bit of time before the show cooking up dishes in preparation and trying various wines with them. At one stage we could barely see our (sizeable) dining table for bottles… 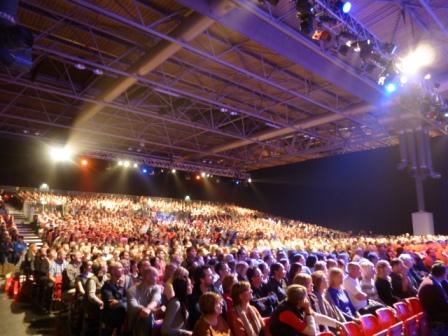 (For reference, all wines from the Supertheatre were from the stage’s sponsor, Sainsbury’s; there were no restrictions for the Saturday Kitchen stage other than a rough price cap to keep things affordable.)

The only other thing to add is our personal thanks to everyone at Cactus and at Haymarket for having us along and treating us so brilliantly. Also to everyone who came to the shows and who took the time to say hello – it was a privilege and pleasure to witness the foodie passion on display at the show. 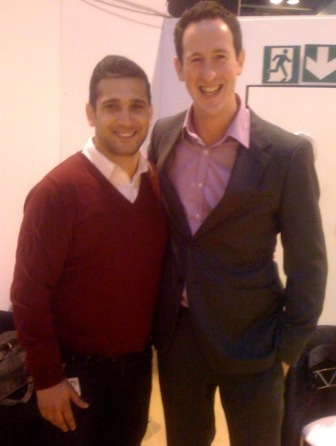 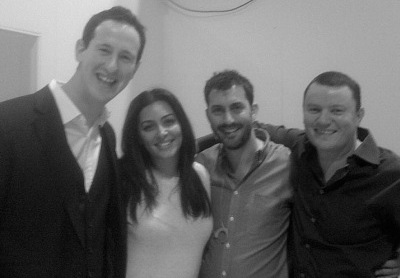