Susie & Peter / About Us 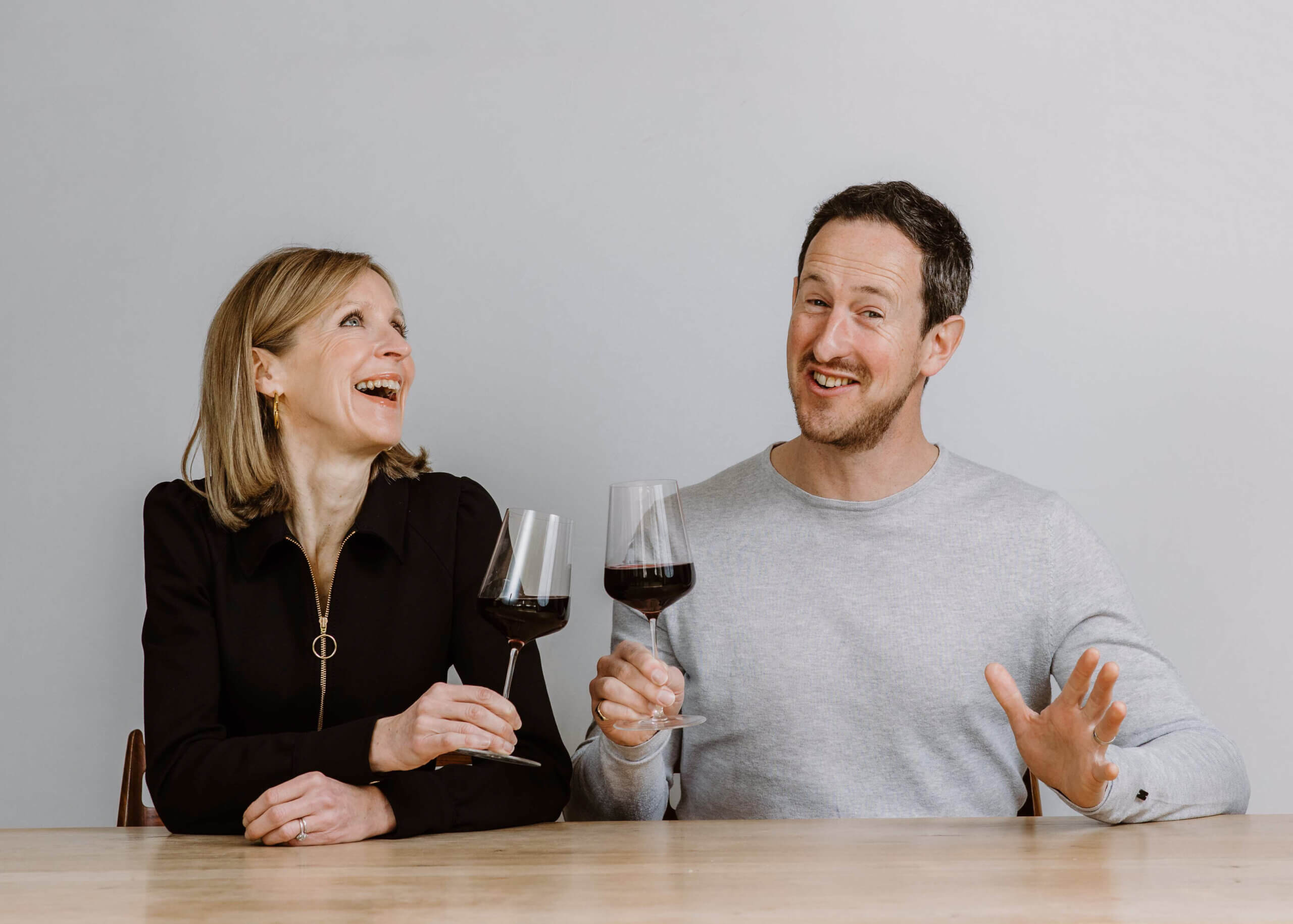 Susie and Peter are Masters of Wine who happen to be married to each other. It’s a strange old household, with a constant soundtrack of clinking bottles and glasses. As TV and radio presenters, event hosts, writers, columnists, podcasters, authors and consultants, the pair are renowned for their enthusiastic, thoughtful and articulate style, having been described as, ‘Legends: best in the business’ and ‘What a double act: two stars making a killer constellation.’

‘As Masters of Wine they are members of the world’s oenological elite, yet as friendly wine advisors, Susie & Peter are nothing short of national treasures.’ (Foodepedia)

Familiar faces from presenting on flagship BBC1 show Saturday Kitchen for more than a decade, Susie and Peter enjoy nothing better than helping people enjoy great wine. One Saturday Kitchen recommendation of theirs, for example, saw the wine sell out immediately, crash Majestic Wine’s website and result in advance orders for a further 30,000 bottles.

Susie and Peter have a growing international profile and have appeared on many major TV and radio channels including Sky One, BBC1, BB2, ITV, Food Network, ESPN, Amazon Prime, UKTV, Google Play, iTunes and BBC Radio. In 2022, a new wine and travel series, The Wild Side of Wine, launched with Peter as co-creator and presenter, with social media quickly dubbing him, ‘the David Attenborough of wine’. (Here are some clips of Susie and Peter in action.)

In 2020, they launched the Wine Blast podcast, which swiftly became a Top-10 podcast in the US, UK and hitting number one in many territories around the world (Chartable: Apple, Food) with a 5-star rating on iTunes, heard in over 170 countries and recommended in The Daily Telegraph, Evening Standard, Radio Times, Club Oenologique and Wine Folly. It was described by The Drinks Business as, ‘Jubilantly buoyant and upbeat: certain to be a hit.’

As consultants they have fronted major campaigns for the likes of Mercure Hotels and Riviera Travel, and have lent their expertise and profile to clients including airlines (Vistajet, Swiss Airlines), travel operators, restaurants and the City of London Corporation.

Writing credits range from The Sunday Times to Decanter, FHM, Daily Mail, FT, Guardian, The World of Fine Wine, Times Online and The Telegraph. Between them they have published six books, as well as contributing to more than a dozen more.

‘If you love wine, follow Susie & Peter. Legends and the best in the business.’ Laila Rouass

They’ve received many awards, including the IWSC and EWP Communicators of the Year, Ribeiro Best Wine Communication, two Gourmand World Awards, a Young Wine Writer of the Year Award plus nominations for Louis Roederer Awards, the Vintners’ Awards and Imbibe Personality of the Year.

Both are among just a handful of Masters of Wine to pass all parts of the gruelling examination first time. They also picked up a brace of Outstanding Achievement Awards as top students in their respective MW graduations (with both winning the Robert Mondavi Winery Award for overall excellence in the theory exam plus Susie winning the Noval Award and Peter taking the Villa Maria Award).

In 2014 Susie and Peter launched Wine Festival Winchester, the acclaimed event enjoyed by thousands of people and which raised more than £16,500 for charity. The festival has been described variously as, ‘Iconic,’ ‘Magical,’ ‘Best show in the business,’ and ‘The finest consumer wine festival in the country.’ They also regularly host and appear at events, with credits including the BBC Good Food Shows, the World Congress of Vine & Wine, The Palate and Moët Academy, plus a range of bespoke and corporate functions.

All of the above has come as something of a surprise to both Susie – who originally trained as an actress – and Peter, whose double First Class Oxford degree in modern languages had hinted at a different future too. But Susie’s family background in hospitality (plus a chance meeting with Oz Clarke while in panto at Oxford) saw her destiny take a more wine-soaked path – and a life-changing work stint in Chile did the same for Peter.

Nowadays, when not honing her tasting technique, Susie can generally be found out running or with her head in a recipe book. Peter prefers tennis, travel and trying to get the kids into The Simpsons without Susie noticing. If you’d like to get in touch, please contact Rosie Bowerman via email.

‘Working with Peter & Susie is a pleasure. They combine consummate professionalism with a naturally friendly disposition, which puts everyone at ease. If only we could all look so natural on camera as these two!’