We’re all familiar with cross-marketing the Amazon way: ‘If you like this, why not try this…?’

This simple but effective concept has great potential relevance to the world of wine. Many wine drinkers, despite their best intentions, struggle to break out of the cycle of a few familiar brands and grape varieties when intimidated by a wall of supermarket wine or interminable restaurant list. So offering a few helpful tips on how to branch out with confidence is often greatly appreciated (and can in turn commercially benefit the store or restaurant in question).

So you like Pinot Grigio? How about trying some Albariño, Greco, Colombard, Pinot Gris, Picpoul, Grauburgunder or Furmint?  Shiraz up your street? Then try Malbec, Grenache, or Touriga Nacional.

Wine outfits like Bibendum, Morrisons and Corney & Barrow, among others, are experimenting with the concept. But now there’s a quirky new take on the idea, as espoused by a new coffee/wine crossover venture in Winchester called Black White Red (BWR). 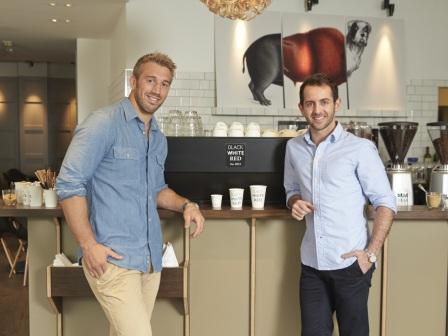 The idea is to encourage experimentation with and enjoyment of what are intriguing and eclectic coffee and wine lists. Take the wines, which are arranged on the shelves in threes (there is no formal list as yet – the bottles are meant to do the talking). In the middle you have the classic choice (be it Pinot Grigio or Shiraz) and either side the suggested alternatives – Côtes de Gascogne and a Mauzac/Sauvignon blend for the former, a Yarra Syrah and Corbières blend for the latter. The wines are sold by the glass or by the bottle at retail price, with just £5 corkage added for in-house consumption – a great deal. There are suggestions for both wine and coffee pairings with the food dishes too (for example, Pol Roger with lobster roll).

Similarly, there is an explicit crossover between the wines and coffee. Via social media and staff, there are suggestions along the lines of, ‘If you like this coffee, you might prefer this kind of wine…’ The light-bodied, pure flavours of Ethiopian ‘natural’ Yirgacheffe coffee, for instance, might well appeal to those who also like red Burgundy (Joseph Drouhin’s Savigny-Les-Beaune is the wine in question here). Conversely, those who favour the richer style of Barossa Shiraz might find the Sumatran Manheling more to their taste. Those popping in for a coffee or a glass of wine are thus implicitly invited back in for another occasion. Customers are encouraged to ask – and experiment. Although too much crossover between the two could probably have a significantly detrimental effect on the health… 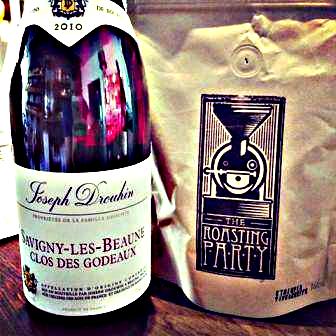 It helps that both the wine and coffee lists are appealing and cleverly put together. The latter is sourced from local company The Roasting Party while the wines come from the likes of Caves de Pyrène, Thorman Hunt, Pol Roger and the General Wine Company.

Much is made of BWR’s celebrity connections (its co-founders include England rugby international Chris Robshaw and former professional cricketer Kevin Latouf). But this is not a venue trading on names. After moving on from cricket, Latouf gained wine qualifications and worked for Direct Wines, as well as another Hampshire coffee shop. His vision and passion are at the heart of this venture, which deserves to do very well indeed.

At a time when high-street ventures and pubs the country over are closing at an alarming rate, it’s great to see new, innovative ventures helping people experiment with and enjoy wine (and coffee) in original ways. We’ll certainly be popping into Black White & Red. If only they took Amazon vouchers…