Susie & Peter / Other Categories  / Blogs  / Breathe with me 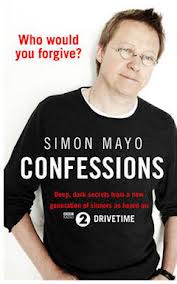 It was fun chatting with Simon Mayo last night on his BBC2 drivetime radio show.

Apparently, Simon had been contacted by a listener on Friday saying she was stuck in traffic and she had asked her friends to, ‘let the wine breathe’ while waiting for her to arrive.

Simon had flippantly dismissed the notion of letting wines breathe, saying most people can’t taste the difference anyway – so they got me on to discuss why this practice exists and whether it’s necessary or beneficial to do. (It feels more of a Friday rather than a Monday afternoon topic, but there you go…)

We had a very nice chat, which you can listen to via the Radio 2 website (our chat runs from 18:52 until 23:45, at which point the peerless Stevie Wonder kicks in).

Letting wines breathe isn’t really necessary these days. The vast majority of wines are ready to drink the moment you pull the cork, or unscrew the cap, and they don’t benefit from significant aeration. (This might have been more necessary in the old days when winemaking wasn’t so precisely managed and market-focused.)

The purpose of oxygenating or aerating a wine is to cause a chemical reaction between the oxygen in air with the many and varied components in wine. It’s most of use for young wines that need to ‘open up’ but have not yet had a chance to do so in bottle.

Wines that benefit from such aeration tend to be expensive and full-bodied, the kind of wines that are built to mature over long periods of time – eg good claret, Burgundy, Rhône, Barolo, or vintage port. It can help the texture soften and the aromas open up. 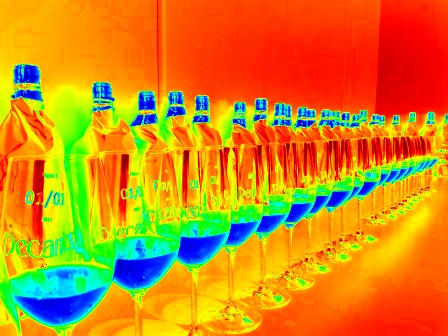 Funnily enough, some other wines that benefit from aeration are those sealed under screwcap. Sometimes the use of screwcaps, because they provide a more impermeable seal than corks, can lead to wines that need to breathe a little before serving. This can be the case, for example, with top New World Syrahs.

But the best thing to do, if you’re thinking of letting a wine breathe, is to test it first. Open it in advance – if you feel it needs to open up (ie it’s a bit flat or mute aromatically, or a bit too astringent or drying in flavour) then either pour it into a decanter or into a jug then back into the bottle. Anything from one to 24 hours can work (when we served a bottle of Penfolds Grange 1995 last year at one of our events we decanted it half a day in advance, and it was greatly the better for it).

On this latter practice, which is known as double decanting, it’s worth clearing up one common myth. Many people think that simply by taking the cork out or screwcap off a wine and then leaving it, that the wine will breathe. It won’t. There isn’t enough surface area of wine in contact with air for the aeration to have a significant effect. You need to actively mix the wine with air – hence pouring into a jug or decanter.

You can also aerate whites, for which the same rule applies as for reds – ie it’s most useful for full-bodied, ageworthy styles like good white Burgundy, white Bordeaux or German/Austria/Alsace Riesling.

One thing to be very wary of is aerating or decanting old wines. Sometimes they actually get worse from being aerated, because their fragile aromas and delicate structure can quickly oxidise and fall apart. Instead, with these, stand them upright for at least a few hours before serving, so that any sediment can settle, then pour them gently straight from the bottle.

One renowned experiment vindicated the procedure of not decanting older reds. Several famous wine producers from around the world were served a series of glasses of the same wine – which was their own top cuvée – which ranged from some that had been decanted (and thus aerated) a long time before serving up to a sample that had been uncorked and poured immediately before serving.

The result? Almost total preference for the wine that had been opened most recently. (You could replicate this experiment yourself at home for a bit of fun – it’s all in the interests of scientific research!)

Personally, I’m with Simon. I’m not sure our household has the self-restraint or patience to let good wines breathe for too long. Decanting is fun, especially on social occasions, but aerating is often best done in the glass.