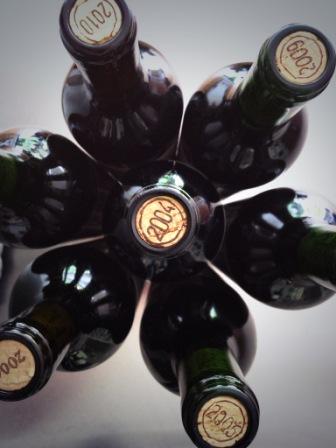 We were intrigued to find out recently about a new price comparison website for wines, beers and spirits called Bring a Bottle.

The idea is that you use the site to find the best deals among the major retailers for your bottle before buying (or simply use it to trawl for the best bargains out there). Shops currently listed on the site include all the major supermarkets (except M&S, who only stock own-label wine anyway) plus the likes of Majestic and drinkshop.com.

This is undoubtedly a useful tool for shoppers looking to get the best deal. It is also well designed: easy to navigate and use, with detailed prices (updated daily) and handy graphs to show you the price history of each item in recent months (and thus, the logic goes, help identify the real ‘bargains’). The current range is 1900 products.

Anything, ultimately, that helps people find and enjoy decent wine at the best price is a good thing, in our book.

But we also have reservations.

Firstly, it risks encouraging and perpetuating the unhealthy emphasis on discounts already prevalent in the UK market. Generations of wine drinkers are so used to buying wine on discount that it’s becoming increasingly difficult to sell off discount. This means the UK is an increasingly consolidated market and one which is becoming less and less profitable and attractive to suppliers. We’ve spoken to many wine producers lately who are shifting their focus to other, more profitable and rewarding markets. The risk is that UK wine drinkers end up with less choice, less real value and we surrender our reputation as one of the best places in the world to buy wine.

Also, it would be good to see a broader range of retailers on the site, including independent merchants. But will they really sign up to a site which focuses primarily on discounts by the big supermarkets? Director Hugo Fairey thinks so. ‘The idea to get independents on board as well is not to have independent vs supermarket but to provide a fuller experience to the user.’

Another reason why indies might be reticent, and also a slight concern for the commercial viability of the site in our view, is that it is funded by taking commission per sale or customer. That’s fine if people are ordering via the site – ie clicking through to retailers’ websites and ordering online – but we suspect the site may well also be used by shoppers already in store to check whether the wine in front of them really is the best deal. In effect, using the information but without paying for it. Plus, the commission may further reduce suppliers’ margins in what becomes an even longer chain.

This business model of price comparison websites has proved successful elsewhere. And it’s always good to see new thinking applied to the drinks sector. But what works for meerkats and mobile phones may not be applicable to beers, wines and spirits.