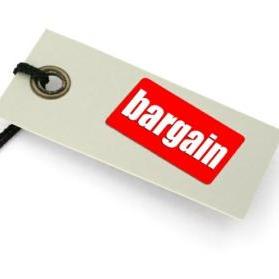 Just like the piped music and tinselly shopping grottos, the festive price wars seem to be starting earlier than ever this year. (Mind you, we were tasting wine in Santa hats beside a Christmas tree in June for What Food What Wine, so we’re seasonally confused anyway.)

So if you’re forward-thinking enough to want to start stocking up on festive booze, or are just looking out for some great value autumn drinking, we’ve got a few tips for you.

Sainsbury’s are offering 25% off when you buy six bottles on all champagne, sparkling and fortified wine from Friday 19th October to Sunday 28th October (excludes Scotland). The offer applies on top of any existing discounts.

We’d recommend going for the following:

Marks & Spencer are also gearing up for the exact same offer – 25% off when you buy six bottles or more – but theirs runs from 29th October until 11th November. Again, the offer applies on top of existing discounts. Try the following:

In the meantime, enjoy!