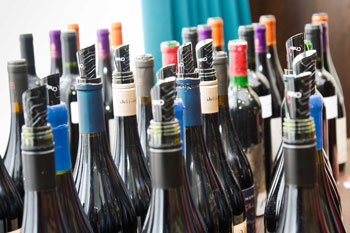 Perhaps for the first (but certainly not the last time, if I can help it) bacon butties and brown sauce came together with some first-class Chilean at a recent seminar I hosted in London.

The tasting was also notable for featuring not just the new wave of Chilean winemaking but also something special from the ancien regime: a 1962 Macul Cabernet kindly sent by Viña Santa Carolina, made from a vineyard planted in the 1870s and now long since bulldozed under Santiago’s rapacious urban sprawl.

I featured this wine because I think a lot of what is exciting in Chilean wine right now is being informed by the country’s winemaking history. Where before Chile was most keen to simply give the markets what they wanted, now they’re just as interested in exploring and expressing their own identity and legacy. 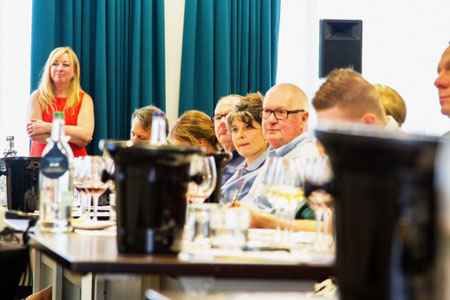 This is leading to a raft of innovative, delightful and ground-breaking wines. Santa Carolina’s Luis Pereira is deliberately modelled on this traditional style of elegant, ageworthy, gastronomic Chilean Cabernet – reviving the past, if you like. It’s just one of many exciting departures from the Chilean norm informed by the past.

The wines I featured in the tasting were all from established players (which was partly to do with the way the event was organised and funded). Not all of the wines are on general release yet. It’s good to see the bigger boys in the Chilean wine scene embracing this move to explore new territories and make wines that are individual and sometimes challenging. Wines that speak in a Chilean language.

The wines I featured were:

Thanks to everyone who came along and joined in with some excellent questions and feedback. Thanks also to the wineries for sending in the wines, and Wines of Chile for setting it all up. Gracias to Alvaro Arriagada for the photos too.

If you’d like to know more about Chilean wine, check out my Chile Wine Brief, which is available to download via this page.