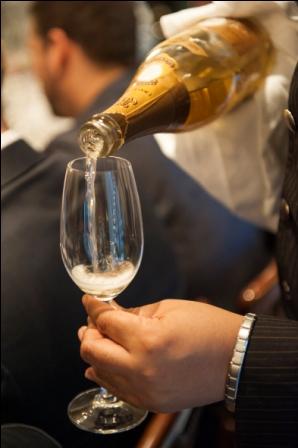 With the Winter Olympics in Sochi at hand, it seems appropriate to focus on a wine that was created in the late 19th century at the request of Tsar Alexander ll of Russia. It’s also one of the ultimate bottles with which to celebrate, so let’s hope the UK has one or two medal successes to toast over the next couple of weeks!

Needless to say, the tasting afforded an intriguing insight into the ageing capacity and the evolvement of fine Champagne.

Roederer’s Executive Vice-President and winemaker since 1999, Jean-Baptiste Lecaillon, led the tasting.  He began by focusing on the emphasis Roederer has placed on its vineyards since Frederick Rouzaud took over as MD in 1996. ‘We don’t make wine,’ he mused, ‘we cultivate it’. Unusually for a Champagne house, Roederer owns 240 hectares of vineyard, which supply two thirds of its needs.

Cristal is made from eight Grand Crus and only low-yielding, old-vine (>30 years) fruit, from the chalkiest parts of the plots is included.  This gives the minerality, salinity and finesse desired for Cristal.  There have been various vineyard developments at Roederer over the past 20 years, including the eradication of chemicals, partial ploughing by horse and a move to biodynamics for some of the estate.

In the winery there is now a larger percentage of fermentation in oak vats and the dosage has been lowered, all with the aim of achieving greater expression of terroir in the finished wines.

The tasting was presented in two flights, as follows, with a single vintage of Cristal Rosé to finish.

As a general rule, MLF is blocked in Cristal, though this is not a hard and fast rule and the 1995, for example, had a small amount. 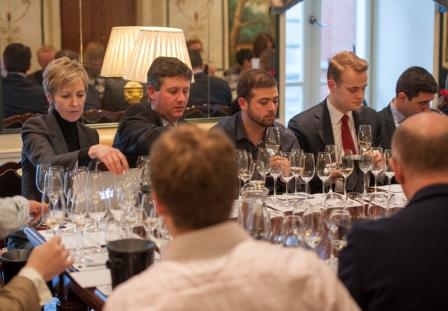 As we began tasting, Lecaillon gave us his own quick summary of the vintages in flight one:

The reasoning is that Pinot Noir doesn’t have the same density in an oceanic vintage and therefore more Chardonnay is used to lend ‘sweetness’ to the wine, according to Lecaillon.

Cristal 2006 (8/10, SB, Jan 2014) – At present the 2006 is still a baby: light, fresh, a little bready and mineral, also a touch exotic.  However, although very young, it shows impressive structure and a fine finish that bodes well for the future.

Cristal 2004 (7.75/10, SB, Jan 2014) – Lifted and attractively ripe, the 04 shows good, citric acidity.  There are some interesting autolytic notes that intensify in the glass, along with exotic overtones.  This doesn’t quite have the grip and focus of 2006 but it is tauter and more compelling than 2005.

Cristal 2002 (9/10, SB, Jan 2014) – We move into a totally different league with this wine.  If anyone ever needed convincing that Cristal absolutely must not be drunk until it is at least 12 years old, this is the wine with which to do it.  This 2002 is currently showing a highly seductive, truffle character along with hints of creamy salted caramel – and it is utterly delicious.  It’s also beautifully fresh and structured, with layer upon layer of flavour. Will improve with age. 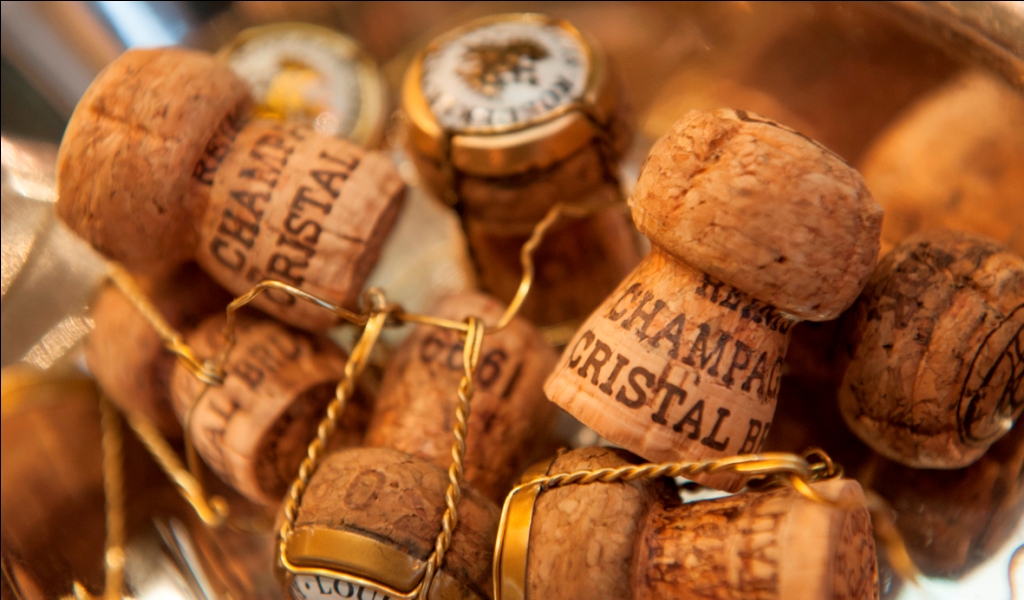 Lecaillon: ‘We feel with an extra 3 years on lees we can lower the dosage without risking oxidation – it’s finding the textural peak that we’re interested in.’ He goes on to explain that the longer he keeps the wine on its lees, the more sensitive it is to oxidation when he disgorges it.  It’s apparent from what Lecaillon says that he would actually like to increase the time on lees further, giving even more weight to the mid palate of the wine, but in order to avoid the risk of oxidation he’d need his customers to open and drink the bottle immediately which is something he has no control over. 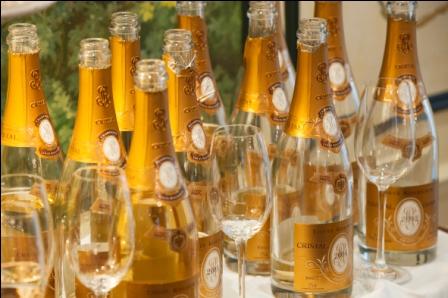 In the past, regular Cristal spent four years on lees, it now spends six, and Lecaillon is working on seven.

Cristal 1995 (9.25/10, SB, Jan 2014) – One of the stars of the tasting, the 1995 is currently showing elegant restraint and a gorgeous, yeasty character.  It actually seems younger than the 1999, fresher and more lifted. It is completely delicious – so honeyed and truffley, with incredible depth of flavour and length.  It’s drinking beautifully now. 57% PN, 43% CH

Cristal 1979 (9.5/10, SB, Jan 2014) – A cool climate, fantastic year. Although the dosage was quite high, at 12.5-13g, this was a very acidic year. Antique gold in colour. Very different to anything else we’ve tasted, it’s incredibly developed, truffley and almost meaty.  The acidity is still very much present. This is just as terrific a wine today as it was seven years ago and as it probably will be for several years to come.  62% PN, 38% CH – disgorged in ’85.

I’m deliberating Roederer’s move to a regime of lower dosage (something that, in general, I support).  If this last wine has a dosage of 12.5-13g/l and still tastes balanced and sensational after 35 years, how will the lower dosage wines of today fare?  1979 was a high acid vintage, of course, and many wines can be beautifully balanced without the extra dosage. But it remains a concern to my mind.

Cristal Rosé 2005 (7/10, SB, Jan 2014)– it would be a crime to drink Cristal Rosé this young and reticent, and to be honest it tastes slightly stalky at the moment.  It’s undoubtedly an elegant wine with inherent depth of flavour, but it needs many more years before it will show at its best. 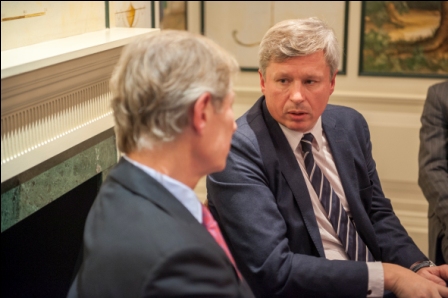 Is a bigger vintage better? Yes and no…

Lecaillon: ‘To make great wine you need a choice, if you have a small vintage you don’t have a choice’.  However, he goes on to say that high-yielding vintages are not good for Pinot Noir.

The dosage for Cristal is produced from Cristal that has been aged in cask for around seven years.

‘We made a vintage, a blanc de blancs, a rosé, but no Cristal.’ Cristal is about early ripening and there was a bad frost that destroyed the first crop of Chardonnay.  There was a second crop that ripened but, ‘it was a second crop and I couldn’t bottle that’. He adds, ‘my other 2003 wines are very ripe, very full, not very champagne but very interesting.’

Two bottles of the 2002 in the tasting were corked and Lecaillon was questioned about alternatives.  Apparently some Brut Premier has already been bottled with Diam and they are, ‘watching it’.  He says, however, this is the first time he’s seen such a high incidence of cork taint in a single tasting.