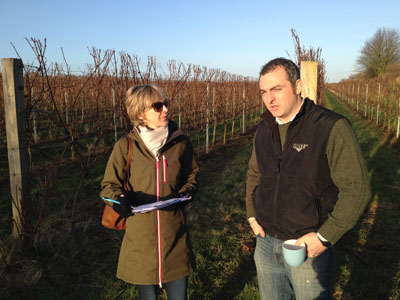 Having just returned from a very enjoyable (and muddy) family weekend exploring the world of Dorset wine, here are a few photos and videos.

We first popped in to Langham Wine Estate, an impressive new operation north-east of Dorchester. (Or, for the more easily amused among us, north of Puddletown and east of Piddlehinton.)

Langham’s winemaker is Liam Idzikowski, originally from Northern Ireland. Liam’s first career was as a jockey – where, naturally, he developed a taste for fine wine. Now a proud Plumpton graduate, he is making some rich and complex wines at Langham – using barrel fermentation, among other things.

I asked Liam what why English sparkling wine is so exciting at the moment, and this is what he (and his dogs) said: 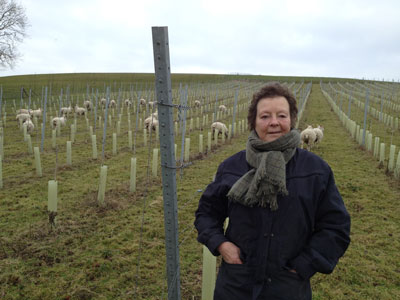 Next stop was Bride Valley, a similarly recent addition to the scene. It’s a stunning location, the vineyards set in a natural south-facing amphitheatre overlooking the sleepy village of Litton Cheney, just a stone’s throw from the region’s famous Jurassic coastline (this being Broadchurch country).

Steven and Bella Spurrier have had an eye on the area’s potential for sparkling wine for some time and they finally bit the bullet and planted vines in 2009. Their first vintage was 2011 – a pure, understated yet harmonious style that Steven describes as, ‘a perfect aperitif style’.

Bella Spurrier also has her own sheep on the land – all happily co-exist, as you can see from this photo (right).

Finally, we visited Furleigh Estate, a highly regarded producer run by Ian Edwards and Rebecca Hansford. It’s an admirable facility, located north of Bridport, with a lovely tasting room and well equipped winery. For all the high-tech installations, Ian is still a dab hand at the manual labour – here’s a short video of him manually disgorging a bottle of Bride Valley (it’s made at this winery) and covering himself in sparkling wine in the process:

During our trip, we also tried a bottle of Hambledon from Hampshire to compare. While a different style, we thought it showed very well. It’s great to see different areas and producers developing their own styles within the UK now. And, as a beautiful area with an increasing number of delicious wines, Dorset is developing its own fine wine credentials within this context. 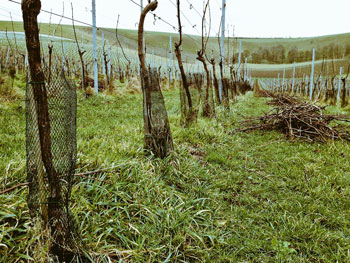 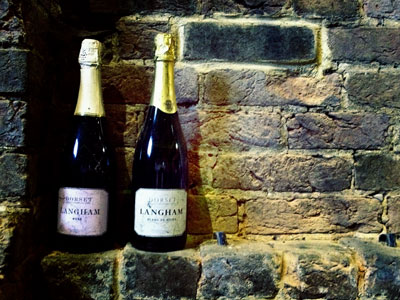 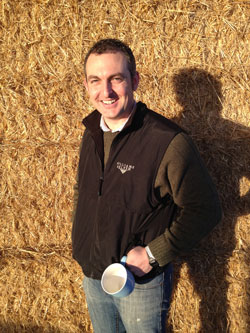 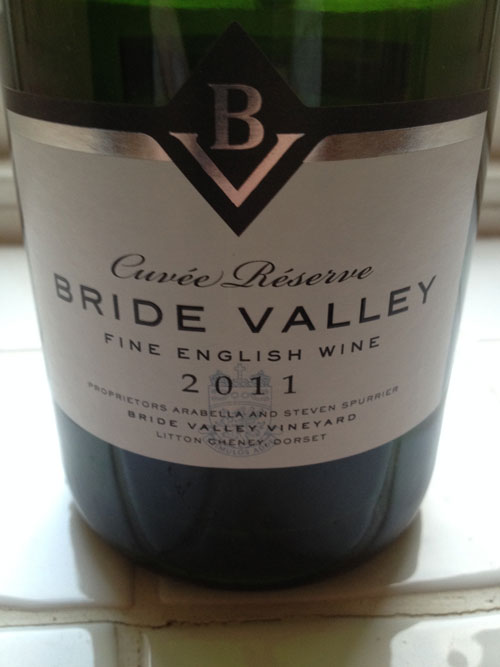 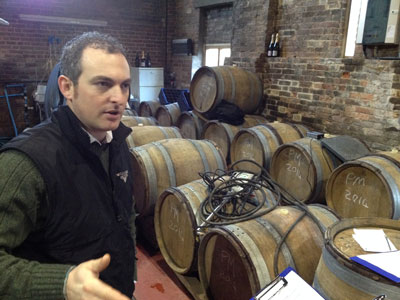 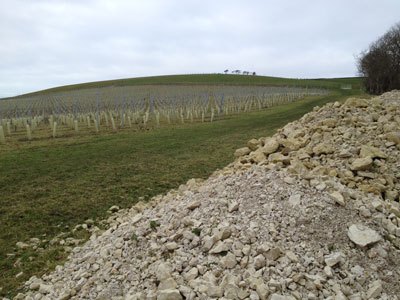