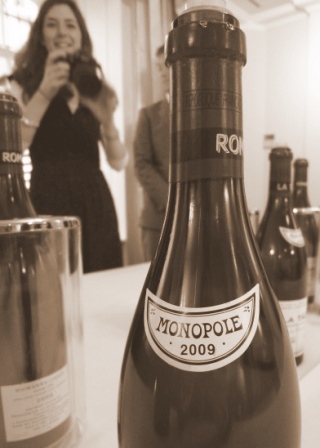 The 2009 vintage across France has been widely acclaimed as one of ripe fruit, laudable consistency from top to bottom, and generally consumer- (and investor-) friendly wines.

While some of its news-worthiness was robbed by the succeeding, also outstanding vintage of 2010, it will remain one of the most celebrated vintages of the decade.

So it was a great privilege to taste the range of Domaine de la Romanée-Conti (DRC) today in its annual outing. While the rest of the wine trade and Burgundian producers are tasting and touting the still nascent 2010s, this is always a great chance to reassess a still-young vintage but one which has had time to settle in bottle. And from a great producer to boot.

Personally, I was interested to see how the 2009s would shape up against the steely, grippy but compelling 2008s. Would they be all plushness and plumpness versus 2008’s steel and bite? Would they risk lapsing into exaggeration or caricature in comparison to the understatement of 2008?

In the event, this wasn’t at all the case. In just a few wines I noted a very slight extra heat and spice, perhaps a smidgen less focus. But generally there was great consistency in that hallmark core intensity and grip that these wines display seemingly whatever the vintage.

It was interesting in this regard to read – after tasting, incidentally – the opening to the vintage report by Adam Brett-Smith of DRC’s exclusive UK importer Corney & Barrow. (This document is always a great read – Brett-Smith continuing the fine crossover tradition of the fine British wine merchant/writer – though of course always to be taken with due qualification given his commercial interest.)

He writes: ‘2009 is thought of as an effortless vintage, where the overall style is of ease, of silken grace and of almost lazy amiability. It is a complacent view.’ 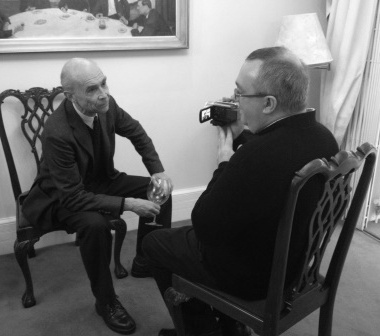 As for me, there were some real high points: Romanée-Conti and La Tâche were neither of them aromatically lustrous but what power and grace on the palate, hinting at greatness to come. Echézeaux was the best of the lower tiers to my mind, beguiling and thrilling, while the Romanée-Saint-Vivant also overcame a reticent aromatic profile to revel in a beautiful structure.

This was a warm vintage, occasionally clouded by storms and the threat of rot, but the challenge was more in managing water levels and canopies to prevent drought and sun-burn.

Corton Grand Cru 2009, Domaine de la Romanée-Conti, 13% (£141.66 per bottle in bond) – the first vintage of the domaine’s Corton, after a lease was taken out in 2008 for Grand Cru vineyards in Clos du Roi, Bressandes and Renardes. Opulent scent, oriental spice: creamy, plush red and black fruit, baked pea pod. Teasing, almost animal. But there’s a steel to the flavour: tense acid, grippy tannin. Fine but brooding, very muscular and rawny. Powerful. A bit hot and brawny, spicy for me. Fans of a bigger style will like this. Needs time. 8(-7.5)/10 (Corney & Barrow score: 17-18/20) 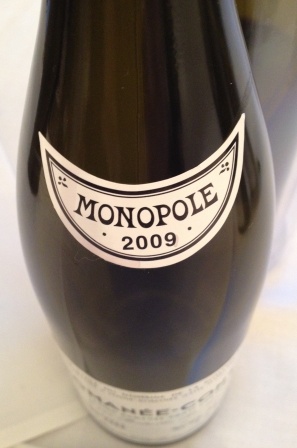 Richebourg Grand Cru 2009, Domaine de la Romanée-Conti, 13.5% (£450 per bottle in bond) – Beautiful nose. Mineral, chalky, dark, brooding, smoky. Like peering into a dingy gentleman’s club but spotting Cary Grant playing Hamlet inside. A rare, delicate sense of earth and air combined. On the palate it’s not quite as focused and linear as I’d like, which is a shame. It’s beautiful, blossoming, layered, though, and it’s nit-picking to say it’s a tiny bit spicy/hot, but there you have it.  8.5-8/10 (Corney & Barrow score: 18+/20)

Romanée-St-Vivant Grand Cru 2009, Domaine de la Romanée-Conti, 13.5% (£465.66 per bottle in bond) – Reticent aromas. Some roasted peas, warm earth and dark fruit. But the palate is another story…juicy, silky attack with a hint of beguiling sweetness of fruit. Loads of grip, tannin and acid charge. Layered, serious. ‘Don’t underestimate me,’ it says. Does have a chalky mineral focused core. This will age very well – a sleeping beauty now, atypical for the vintage’s openness. I like the cut of its jib. 8.5-9/10 (Corney & Barrow score: 18-18+/20)

Romanée-Conti Grand Cru 2009, Domaine de la Romanée-Conti, 13.5% (£1,750 per bottle in bond) – Inscrutable. Dark but eerily perfumed. Young and creamy, but also with roasted spices. On the palate it’s grippy, like all these wines – it demands attention and focus of the taster. Beguiling but challenging. Resonant, layered and refined. Spicy, layered flavours billow on finale. It manages somehow to build on La Tâche’s harmony and adds another chord. So long and savoury; relatively approachable in structure if not aromatics. Needs time… (9.5)/10 (Corney & Barrow score: 20/20)