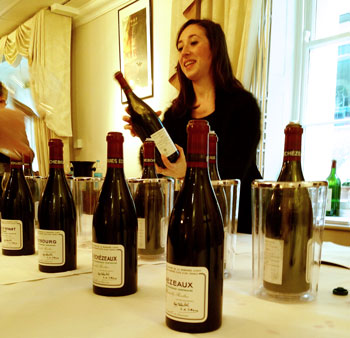 Peter and I seem to have had a particularly purple patch of tastings of late. Cristal, Mouton-Rothschild, Krug and now DRC make for a list of reviews which suggest we do little but taste very fine wine.

This is certainly not true. We also taste hundreds of decidedly humbler wines on an almost daily basis, the best of which appear on our regular Saturday Kitchen slots (use these links to see my or Peter’s clips from the show) and on this site, among other places. (See our latest Wine of the Week: a fine sub-fiver red.)

But this piece is given over to one of the former, a tasting of the 2011 vintage of Domaine de la Romanée-Conti. Just seven wines, tasted on the 7th February in a quiet basement room at Corney & Barrow’s head office in East London. Quite a contrast to the extensive 2012 en primeur Burgundy tastings that Peter and I attended in January of this year, and particularly interesting for the chance this tasting offered to try a young vintage but one that has had time to settle in bottle.

You’ll know from our previous DRC vintage reports that Corney & Barrow is the exclusive UK agent for DRC, and it’s always both instructive and engaging to read Managing Director Adam Brett-Smith’s comments on the vintage.

Here is a brief summary of what he had to say about 2011. (Note: I read Brett-Smith’s report after I had tasted the wines and written my tasting notes below.)

Brett-Smith describes 2011 as ‘a battle’ with quantities ‘heavily reduced by a cocktail of capricious malevolence’.  He talks of ‘luck’ being linked to the two rules of a great grower, ‘to wait for complete maturity before harvesting’ and ‘to accept the risk of losing the entire crop’ by doing so.

He concedes it was just such luck that allowed the domaine to produce beautiful wines that are, ‘tender, sweetly ripe, with beguiling tannins and super balance that will drink well early but will also make great old bones.’  He goes on to say, ‘It is not perhaps a great vintage but it is…delectable in a world where the great becomes too frequently the enemy of the good; 2011 is very good indeed.’

The tasting booklet also always contains a quote or two from the domaine’s co-owner, Aubert de Villaine. For 2011, these were his comments: ‘Never so much as in this year, despite having witnessed forty six harvests since I began working in Burgundy, have I felt or understood how important luck is in the success or failure of a vintage’; ‘They [the 2011 wines] actually remind me quite a bit of the 2009s not in the sense that they are as ripe and filled with sunshine but in their tenderness and particularly in the style of their tannins.’

My overall impression is that the DRC wines in 2011 are elegant, fresh and lifted, with good if not great structure, likely to age well for the medium term.  But quantities are minute and prices high so it won’t be too many of us worrying about when to drink them.

Domaine de La Romanée-Conti Corton 2011 (8/10, SB, 7 February 2014) – Fragrant and lifted, this delicate Corton shows hints of oriental pot pourri on the nose. There is a definite fresh, lightness of touch to this young wine and a note of crushed black pepper that creeps in on the mid palate. Pure, linear and elegant, it has a lifted and persistent finish. 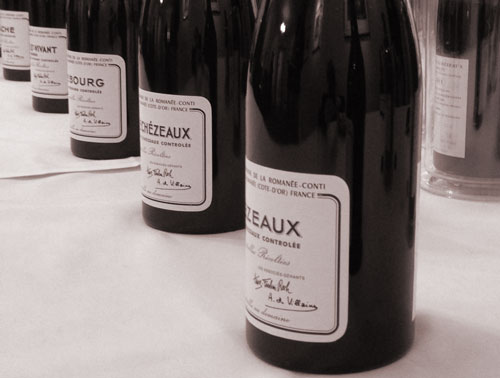 Domaine de La Romanée-Conti Échézeaux 2011 (8.75/10, SB, 7 February 2014) – Immediately savoury and redolent of wild berry fruit and dense forest floor. Beautifully fragrant. There is muscularity here but it is intricately woven with an undertone of succulent fruit. Intensity is matched by freshness and a lingering, harmonious finish. Yet again in 2011, this lesser wine within the range has exceeded expectations.

Domaine de La Romanée-Conti Grands-Échézeaux 2011 (7.75/10, SB, 7 February 2014) – The first impression here is of a pure and giving, fruit-forward wine. It’s a wine that is fresh and juicy, with plush raspberry and redcurrant flavours. There is impressive length here and a lifted, refreshing character, but it lacks the depth and complexity of the other wines within the range.

Domaine de La Romanée-Conti Richebourg 2011 (9/10, SB, February 2014) – A compelling mix of spice, game and ripe plum slowly unfold on the tongue. There’s a captivating leafy, graphite character here that punctuates the fragrant intensity of the wine. A perfect example of how, when the freshness of this vintage is matched by classic gamey depth and complexity, a superb wine is the result.

Domaine de La Romanée-Conti Romanée-St-Vivant 8.75/10, SB, February 2014 – The aromas that exude from this decidedly autumnal wine are warm, ripe and seductively plummy, with hints of tobacco leaf. As you taste, there’s a sense of sinking into an old leather armchair and being wrapped in a blanket of cream and spice. The finish is a little firm to be enjoyable now but it’s a wine that needs time.

Domaine de La Romanée-Conti La Tâche 2011 9/10, SB, February 2014 – Like the Corton and the Grands-Échézeaux, La Tâche shows the pure, lifted and refreshing face of the 2011 vintage. However, whereas these other wines teeter on the brink of greatness, La Tâche displays an ethereal, herbal complexity, and an effortless finesse that lift it to a higher level. At present it has a slightly tight, sappy finish but that will soften and elongate with time.

Domaine de La Romanée-Conti, Romanée-Conti 2011 9.5/10, SB, February 2014 – As soon as nose meets glass, the breeding and pedigree of this wine, the history and experience behind it, are abundantly clear. It’s just so effortlessly wonderful. It speaks softly but with subtle insistence and there is so much to discover in the glass. Layers of rich red fruit and oriental spice are lifted by freshness, a fine structure and a long silky finish. Ismpossible not to love such an achingly beautiful wine.