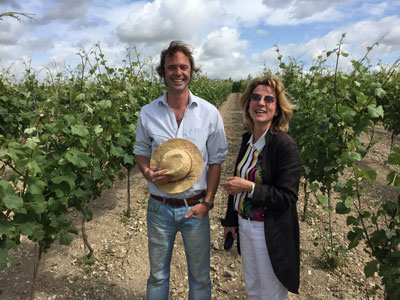 One of the newer players on the Hampshire wine scene is Exton Park, a single vineyard estate on chalk slopes just south of Beacon Hill.

We popped in to visit and taste the wines, just as the vines were starting to flower. We’ll write more in due course but, in the meantime, here are some photos from our visit.

We were with Corinne Seely, the French winemaker who has been overseeing production since the debut vintage in 2011, plus live-in vineyard manager Fred Langdale and sales manager Mark Ferguson.

The estate is owned by former Vitacress magnate Malcom Isaac. The fruit used to be sold to Coates & Seely but a neat, bijou winery was built on site in 2011. The facility features two Bucher Vaslin inert presses that are Seely’s pride and joy, allowing her to press slowly and anaerobically to retain elegance and freshness.

Current production includes a tangy Brut non-vintage (Seely is keen to build up stocks of reserve wines), zippy Rosé non-vintage and a succulent Blanc de Noirs. As a result of several trials, more wines should be emerging in due course – this estate seems to have good potential to make fairly diverse styles of sparkling wine despite being relatively small-scale.

Seely describes her style with words like ‘pure’, ‘fresh’ and ‘mineral’, adding that the English love of conforming to rules would benefit from the ‘spontaneity’ of the French approach. She doesn’t do MLF, as a rule, and is keen to avoid chaptalisation, hence the alcohols can be on the low side.

It’s a stunning location and special place that looks set to add to Hampshire’s burgeoning reputation for fine fizz. 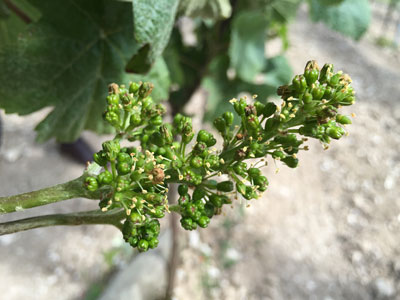 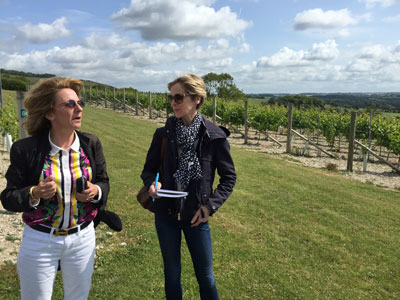 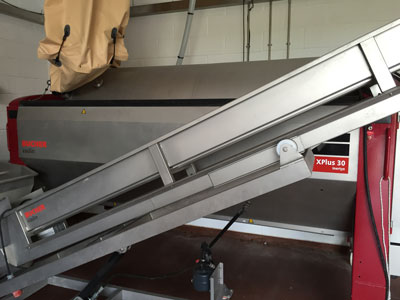 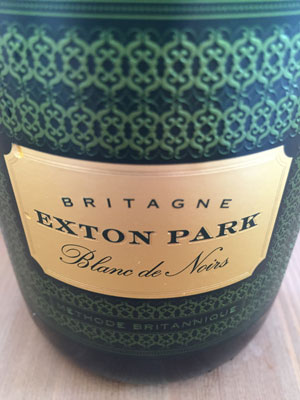