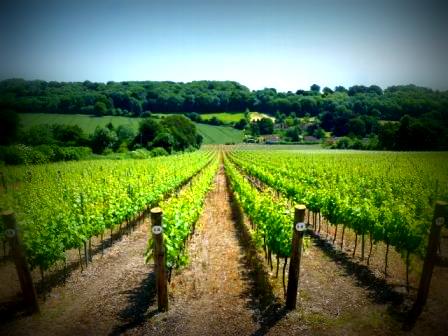 English wine is on a roll but it’s had a tough time from Mother Nature lately. Now, the 2013 vintage is hanging in the balance. If you want to see a case study in nail-biting nerviness, go and talk to an English winemaker.

They’ll tell you that the harvest is late this year. Despite the gorgeously warm and dry summer, spring was a shocker, with late frosts and snow, which set the growing season back by at least a fortnight. Everyone is crossing fingers for an Indian summer (autumn is the key time for wine quality). But the long-range forecasts don’t look good. And this after a disastrous 2012 in which many vineyards just weren’t picked at all, such was the sodden, sour nature of the fruit. Winemakers wept. Accountants despaired. PRs fretted.

Such is a farmer’s lot. Yet things move on. There is undeniable momentum in the English wine scene: investment, development, buzz. Whatever happens in 2013, it’s been great to see some good quality new releases of late including the wonderfully succulent, creamy and moreish Hattingley Valley Classic Cuvée NV (£30), a strong debut from the vineyard up the road from us in Hampshire, and the zippy, invigorating Ambriel Classic Cuvée Brut from West Sussex (from £25, beautiful with smoked salmon and horseradish toasts). 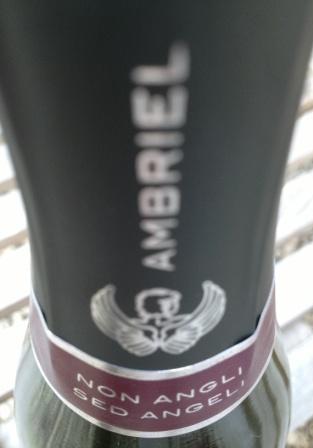 We were also fascinated to try, earlier this summer, the brand new release from one of England’s longest established and most celebrated wine producers, Nyetimber. This Sussex fizz-maker has had its ups and downs but, under Dutch/Canadian owner Eric Hereema and Canadian winemaker Cherie Spriggs, is now looking laudably focused and ambitious.

The wine in question is the new Tillington Single Vineyard 2009, which has a nominal release price of £75. This is ambitious even in the context of high-class fizz, edging Nyetimber into what might be termed the luxury goods category – part of Hereema’s explicit commercial strategy – and establishing price parity with the likes of Bollinger’s La Grand Année vintage (though short of Krug’s Grande Cuvée at around £150).

The big question is: is it worth it?

The wine itself is gorgeous: rich yet subtle, with a lovely inviting perfume and succulent, hedonistic charm. It is broad and muscular, with superb breadth, texture, finesse and length. Dare we say reminiscent of a Krug style? It also hints at great potential, given that these are young vines (the blend is 71% Pinot Noir and 29% Chardonnay; the Pinot vines are only three years old).

But does it justify its lofty price tag? In short, yes. Nyetimber is notoriously bullish in its pricing – its zingy Blanc de Blancs is £49, the stately rose is £52 – even the Classic Cuvee is £38. We argue passionately against English fizz producers artificially raising prices simply so they’re not perceived as inferior to champagne – folly, in our view. But, when the quality is there (as it is with the Tillington 2009), why not establish a precedent in the luxury category, which can raise the prestige of local wine, fly the flag for Britain internationally and help make the industry, which has high costs, sustainable as it grows? 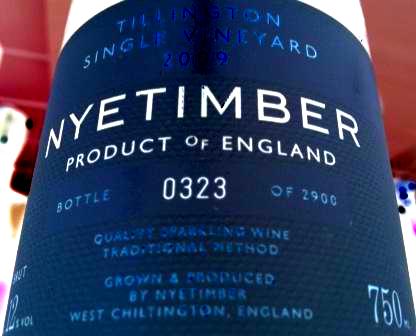 The key word here is ‘quality’. No English winery will succeed without not just satisfying but also exceeding expectations – it’s a nascent industry challenging some well established market leaders. People need a reason to buy. But when the wines are this good, made by a producer with abundant experience and track record, there’s no reason why such ambition should be decried. Hereema concedes that Nyetimber has yet to break even in his tenure – that’s not expected until 2017 at the earliest – yet its yields are around half those in Champagne, and it chose not to make any 2012 for quality reasons (the fruit just wasn’t good enough, explains Spriggs).

Whatever Mother Nature throws at English wine producers this autumn, quality should always be uppermost in their minds. It’s the only way forward.

(As a postscript, if you can’t see yourself spending £75 on English fizz, even if you are worth it, then Nyetimber will be selling their 2004 Classic Cuvée in Majestic for £23.99 from November. It’s quite delicious and, as the bigger picture goes, pretty good value. We’ve readied a space in our cellar…)