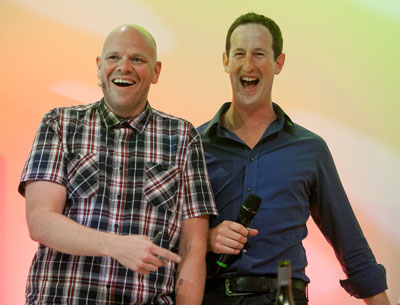 I am three pieces of knowledge the wiser after a most enjoyable day at the summer BBC Good Food Show. Said nuggets of wisdom as follows:

I was on Saturday Kitchen wine duty on the super theatre stage, which was really buzzing, so thanks to everyone who came along and watched the shows.

Tom Kerridge did a brilliant debut job of hosting in his usual relaxed style. On the hobs were top chefs Glynn Purnell, Atul Kochhar and Theo Randall, while the likes of Cyrus Todiwala and Michael Caines joined us for omelette fun. Celeb guest Craig Revel Horwood was a hoot, and a lovely man to boot – he knows his food, having appeared on Celebrity Masterchef, Ready Steady Cook and Saturday Kitchen, and also loves a glass of Sauvignon Blanc (and Krug, to judge by his comments!) 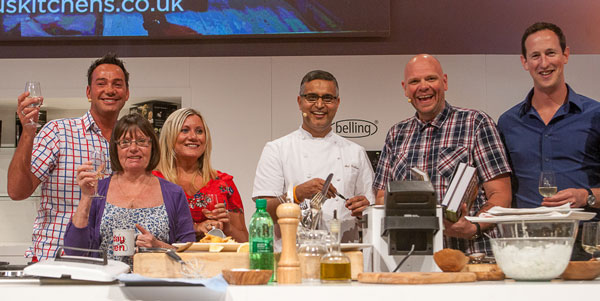 For reference, the wines that I featured on stage are as follows:

The Oudinot in particular is a champion buy. Delicious, classic champagne that’s available from £15 until 23rd June as part of a multi-buy M&S offer. Worth stashing a few – who knows, it may even come in useful for World Cup celebrations…

Susie and I will both be appearing at the London and Winter Good Food Shows in November. Please do come and say hi! In the meantime, here are some photos from the show: