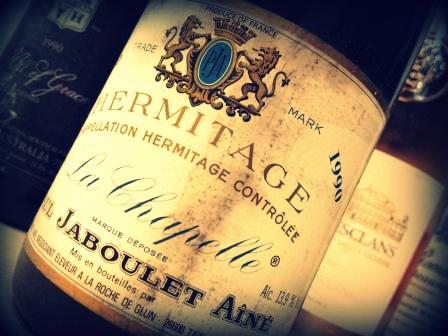 We were lucky enough to enjoy some eye-opening wines recently at an event we were hosting in the city.

The wines all came from the cellar of one particularly discerning collector – other than the Domaine Ott, which was kindly supplied by importers MMD.

A total of twelve wines were presented in six pairs, the idea being to pit benchmark classics against comparable but slightly less established names. The results were fascinating. But first, the wines:

The Nyetimber showed predictably brisk and vigorous in comparison with the more evolved Pol, losing nothing in the direct comparison. Age (and the warm vintage) has definitely benefited this Sussex Chardonnay, with a wonderfully rounded, succulent quality to complement the vibrant appley acidity.

When we took a vote, the preference in the room was for the richer, more fruit-forward stylings of the Kistler over the tighter, tautier, nuttier character of the Puligny. We both preferred the Burgundy, though – lovely and savoury, with tense minerality and an understated charm.

The differences were very notable in the rosé class, with the Esclans juicy, rich and ambitious, while the Ott was altogether more classic, almost ethereal but with an elegant presence. 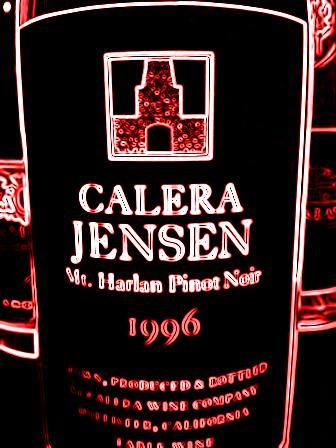 The first red flight was a show-stopper. The Méo Camuzet Clos Vougeot was simply breathtaking, with a fabulously complex meaty, malty nose with forest floor and roasted flower hints. Piercing. Texturally it was fine but vigorous, mouth-coating, with a tense focus and carnal, sleek appeal. Resonant and superb. Still young but – unlike the Rouget Vosne-Romanée 1er Cru 1996 we tried with dinner – very approachable.

Against such competition, you might expect the Californian competition to pale. But not the Calera Jensen. This was a revelation – tertiary and evolved like the Burgundy but in a different, perhaps more extravagant and boisterous fashion, with a broad, juicy, grippy flavour profile and a very long, super fine length.

The Merlots did not disappoint, with the succulent, fleshy yet grippy Falesco Montiano getting the general nod over the more extracted, oak-dominated Grandes Murailles.

And then came the Syrahs.

To its very great credit, the 1990 Hermitage la Chapelle – widely considered on a par with the legendary 1961 – did not disappoint. Still young, with firm fine tannin and juicy acidity, but with a beguiling tobacco and black pepper scent, savoury tones streaking through it, both sinewy and lithe, masculine and supple. Amazing grace for such a complex, solid wine – intriguing and compelling. But it will get better yet…

The Hill of Grace 1990 was, along with the Hermitage, Jensen and Meo Camuzet, one of the wines of the night. Yes it has the gently resinous whiff of South Australia, and the almost exponential crescendo on the finish typical of the same, but neither factor detracts from what is a wine of huge resonance and integrity. Beautiful, seductive, compelling wine shot through with notes of dried fruits, sweet spice and tobacco complexity. Astounding in its energy and repleteness.

Our thanks to the organisers and those present, who made it such a fun occasion. We just hope we weren’t too distracted by the fabulous wines to pay attention to our hosting duties…