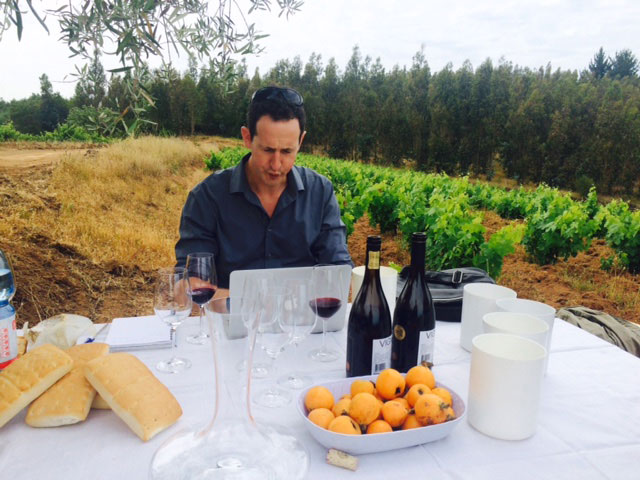 It’s rare to find a restaurant in this country that champions Chilean wine.

To go by the feedback from many restaurateurs and sommeliers, hitherto Chile has been seen as solid and dependable, especially at the more affordable end of the spectrum with its crowd-pleasing Sauvignon Blanc, Cabernet or sometimes Carmenere. Nowadays, many are starting to cotton onto the more interesting Syrahs, Pinot Noirs, Chardonnays, even Carignans and the like. But it’s slow progress – and fair to say that the more exciting side of Chilean wine has yet to be truly represented in the UK restaurant scene.

Will that be changing soon? I took a look at this in a recent piece I wrote for Imbibe magazine, which you can read via the following link, which opens a PDF: Peter Richards MW on Chile for Imbibe June 2015

The article mainly focuses on the south and features wines by the likes of Laberinto, Pandolfi Price, Rogue Vine, Garcia + Schwaderer, Miguel Torres Chile and Montes.

It also includes comments from sommeliers with excellent insights into Chilean wine. I quote these in full below, as there wasn’t space to feature all of the comments in the magazine. I particularly like Alistair Cooper’s reference to, ‘a quiet revolution’. And I am making a beeline for Coya…

Hector Riquelme, Chilean sommelier & writer: ‘Southern Chile is a completely different reality from the Central Valley. It’s slowly getting more recognition in restaurants. These are generally wines that go well with food – they offer freshness and a sense of place – and they have customers asking for more once they try them.’

Christopher Delalonde MS: ‘If Carmenere is the benchmark red varietal of Chile, Pais should be treasured as the national outsider for the southern part – like Carignan is for the Roussillon.’

Alistair Cooper, General Manager, 1855 wine bar & bistro: ‘It is the emerging southern regions that have the potential to really challenge and change the perceptions of those that remain sceptical of Chile’s ability to produce elegant, subtle and nuanced wines. This is a quiet revolution, one for the moment that remains underground. However, the word is slowly getting out. Swartland has played an integral part in changing perceptions of South Africa, and the southern regions, spearheaded by Itata, could prove as pivotal for Chile.’

Martin Lam, independent food & wine consultant: ‘In a very short time Chile has expanded into a more confident, world-class wine producing country, which no complete UK wine list should ignore, at whatever size and price context.’

Yuri Gualeni, sommelier, Coya: ‘The on-trade is the place for new wave Chilean wine to make its name. I’ve just started with a Beaujolais-like Cinsault, a Muscat from Itata, a Rhone white blend from Aconcagua and a Carignan from the south. Wines show more focus, nervier acidity, lighter and fresher alcohol levels, less extraction of fruit to almost non-existent oak, with cement, steel and some amphorae doing the funky bit. These wines sit best at mid-tier prices because they have the quality to be good but won’t be appreciated by those seeking ‘house wine’ styles.’