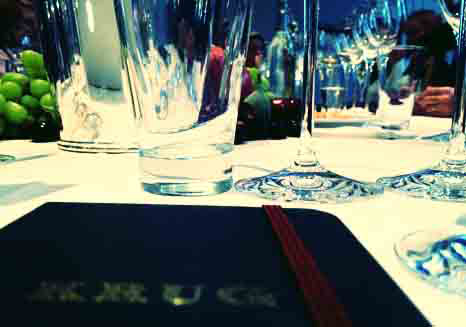 In the midst of the soggiest, most dreary winter the UK has known, it was beautiful escapism to return to the torrid heat of summer 2003 in the form of Krug’s latest vintage champagne release.

LVMH, which owns Krug, was recently toasting a 4% rise in 2013 revenue (to €29.1 billion) over 2012. As part of these results, it reported a slight rise in its champagne sales (up 1% on 2012 figures, to 54.7 million bottles) despite the champagne category as a whole dropping by 1.5% in the same period. Top dog Bernard Arnault identified strong demand champagne prestige cuvees as having helped this performance. In the LVMH fizz portfolio, with the potential exception of Dom Pérignon, it doesn’t come much more stellar than Krug.

Energetic director Olivier Krug remains tireless in his zeal to deliver the Krug message as far and wide as possible, constantly emphasizing the ‘individuality’ of his (and cellar master Eric Lebel’s) wines, championing above all the Grande Cuvée (‘multi-vintage, not non-vintage, which takes up to 25 years to make,’ he enthuses).

The story Olivier tells about his beginnings at the firm is instructive. He jokes how, when he started, his father was nervous about how Olivier would do so he sent him to one of Krug’s smaller and more distant markets: Japan. Ever resolute and steely in ambition, Olivier decided to show his father by growing the Japanese market remorselessly. As a result, Japan is now Krug’s biggest market (‘by far,’ glows Olivier) albeit almost exclusively for Grande Cuvée rather than the vintage wines. 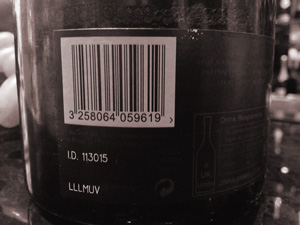 As well as two vintages (2003 and 2000), we tasted two separate Grande Cuvées, one of which had been made the same day that the 2003 vintage was made, the other being an older blend. Though they had similarities, they did taste different – the older wine showing that much richer and better – and this touched on a laudable recent development at Krug: bottle IDs.

These ID number appear on the back label and, when typed into the krug.com website, reveal details about the wine’s blend, vintage make-up and disgorgement date. OK, so it mainly appeals to geeks but Krug unashamedly targets higher end wine connoisseurs. It also ties into Krug’s philosophy of having different wines and vintages on the market at any one time.

‘Having more than one wine on a list allows the merchant, or sommelier, to start telling a story – of a wine, or vintage. And it’s that platform to tell a story that ultimately allows us to convey the bigger story of Krug,’ comments Olivier.

Stories, then. So what of 2003? A late spring frost followed by an unusually hot summer and historically early vintage left many champenois scratching their heads. Quantities were low and wines were atypical: I remember tasting base wines in the region and being surprised at how approachable they were – usually vins clairs are searingly acidic. Some vines had over-ripened, others under-ripened, the vine having shut down because of extreme heat and water stress.

A few people released special cuvées for early drinking (Bollinger sticks in the mind). Others merely put the wines into reserves to use in future non vintage wines. Some of the bolder ones – Krug included, not the only one in the LVMH stable – made a 2003 vintage.

The result? A rich style. Hardly news for Krug, but it is surprising in its distinct style: broad rather than nervy, though with plenty of energy and length. It lacks the core acidic vitality of many other Krug vintages, instead majoring on mouth-coating intensity and show-stopping breadth and textural finesse. I preferred the 2000 on the day but it will be fascinating to see how this 2003 evolves – especially given that Krug has a fine track record in making long-lived wines even in some especially warm years

Krug Champagne 2003 (8+/10, PR, Jan 2014) (RRP £230) – innocuous hue. Initially fruity hints emerge: apple rind, peach. Then more floral and autolytic notes of bread, biscuit come through. It’s poised, with freshness as well as richness. On the palate it’s broad and fluid, mouth-coating rather then tensely acidic. Chalky hints with a spicy, almost exponential finish which just keeps growing. Really impressive, a show stopper, with bags of energy and vitality, if not the core concentration and structure I yearn for in great champagne. Faint hints of marzipan and mint on the finish. Very impressive, albeit not my favourite style. Will be fascinating to see how it ages. I’d err on the side of drinking it younger than, for example, the 2000 – but this clearly has the capacity to age well for a good while yet. 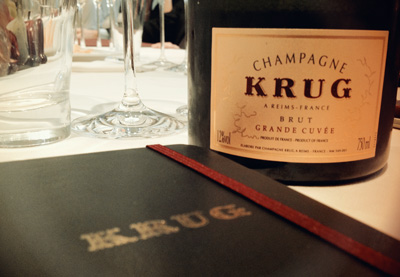 Krug Champagne 2000 (8-8.5/10, PR, Jan 2014) – very different in style to the 2003. Very bright and engaging. Aromas of honeycomb, roasted lemon. Luminous, almost. Tense but beautifully textured. Lovely core of ripe citrus acidity and a lovely elegant creamy/biscuity complexity. Naturally harmonious, impressively intense. Very long. Not a drama queen of a wine – more understated than that – and neither, perhaps, a top drawer vintage. But a really lovely classic wine, with great focus, elegance and drive.

Krug Grande Cuvée Champagne (7.5/10, PR, Jan 2014) – rounded, juicy, complex and classic. Tough act to follow the vintages, despite Olivier’s exhortations. Doesn’t have nearly the same depth and drive. But it’s still elegantly autolytic, with flavours of glazed honey apples and roasted almonds. Good harmonious structure and impressive length. We tasted another, younger Grande Cuvée that wasn’t quite as impressive – showing how it benefits from a bit of time in bottle. Eric Lebel commented that the oldest reserve wine for this was the 1988 (hence the ’20-25 year’ claim). Currently he’s using wines between 1990 and 2006 for the Grande Cuvée.