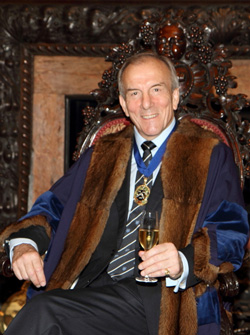 The last thing Michael Cox would have wanted is people getting morose.

What would he have done? Raised a glass. Celebrated a life with a twinkle in an eye. Cracked a corny joke to lighten the atmosphere. And moved on: always hungry for life, interested in people, relishing challenges that lay ahead.

How cruel, how bitter cancer can be. Here was a man with a spring in his step, notably young for his years, who looked after himself and was fiercely committed to his sport. Despite a knee injury, he still took to the dance floor with an energy and panache that few who witnessed it will ever forget. He rowed regularly and was in great shape.

And then, out of the blue, came the diagnosis last year. It wasn’t good. He knew that and wasn’t afraid to tell it like it was. Michael’s heart was one worn squarely – proudly – on his sleeve. It was what endeared him so effortlessly to others. Combined with a natural authority and imposing, statuesque physique (one of his more infamous turns was doing an almost full monty on stage for charity in front of a baying all-female audience) it made for a compelling, engaging mix in a man. 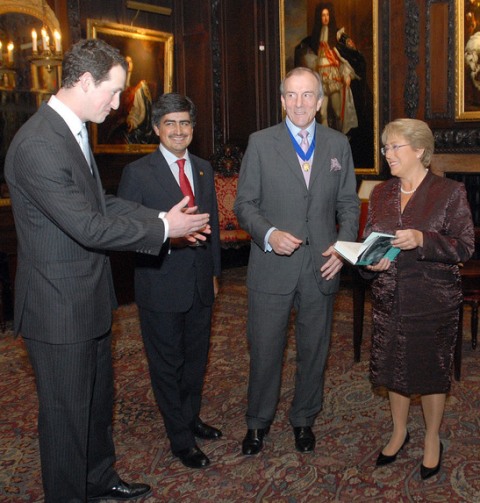 And this is to say nothing of his considerable professional accomplishments. Michael’s was a wine background, his family having been involved in the historic importer and distributor Matthew Clark as well as helping establish the Wine & Spirit Association and Institute of Masters of Wine. He worked for the family firm before setting up Négociants UK – the subsidiary of Australian producer Yalumba – and then, latterly, had over a decade heading up Wines of Chile’s UK office. His dedication and brilliant stewardship of the latter post earned him the title of Comendador del Orden al Merito de Chile, while last year he was awarded the Lifetime Achievement Award by the Drinks Business. He would doubtless have accrued many more awards in time, too.

Latterly, Michael was Master Vintner. In fact, one of the things that most galled him about his illness and treatment was that it interfered with his tenure, which he was relishing. Would he make it to St Paul’s, or to the audience with government ministers, or to any number of banquets, at many of which he would be the headline act? Of course he would. And he did. Despite the pain and the increasing logistical difficulty, he would be at Vintners’ Hall in his finest (‘if you’ve got it, you might as well flaunt it,’ he grinned to me just a few weeks back at the Benevolent Lunch, where he was supporting his twin brother and Benevolent CEO David). 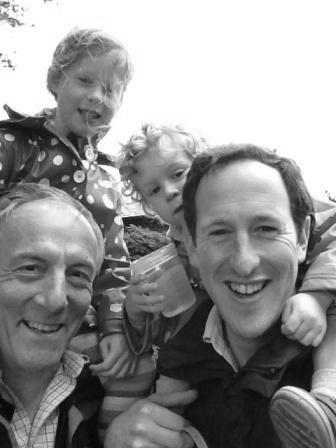 I will always remember Michael’s unstinting help and support for my career. Even when I saw him last – watching rugby just a few weeks ago at his Hampshire home – when he was in considerable discomfort, he was still asking about, and actively pursuing ways he could help me in my various endeavours. Susie and I were lucky to see Michael and his wonderful wife Lynne a fair bit over the last year or so. On one occasion, despite not being in the best shape, Michael whipped our flagging eldest daughter onto his shoulders for the walk home from the playpark. Elfye loved it. Michael had that effect on people. He will be greatly missed, and fondly remembered, by many, many people. Our thoughts are with Lynne, David, his children and wider family.

When I went to watch the rugby with Michael, I took a bottle of 1959 Chilean Cabernet to mark the occasion. I wasn’t sure how it would taste but it proved to be glorious: sturdy, amazingly youthful for its years, tremendously alive, buzzing with energy, a joy to experience. It wasn’t just admirable – it was something to cherish, to learn from, remember and celebrate. Just like the man himself.