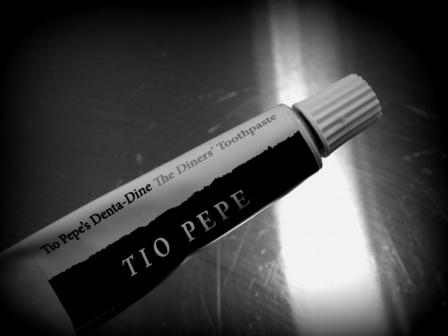 ‘A mind, once expanded by an original idea, never returns to its original dimensions.’

Whether this results in any significant change in the greater world order or not (as per the philosophical dialectic of thesis + antithesis = synthesis) is another matter. Beyond anything else, however, it’s just good mental discipline.

The past few days have been stimulating and intriguing ones at the London Wine Fair.

On the one hand, there was the Fino sherry-flavoured ‘toothpaste’ (actually a very clever piece of gastronomic levity created by the fine people at the Larderhouse in Dorset). And then there was the cardboard wine ‘bottle’, which combined the very best of food-grade polyethylene and kraft liner shavings (that’s mushed up cardboard to you and me – at least I think so – for more details see GreenBottle).

Such an arena of mental defibrillation was ideal for my little talk on Chile’s ‘new wave’ wines. 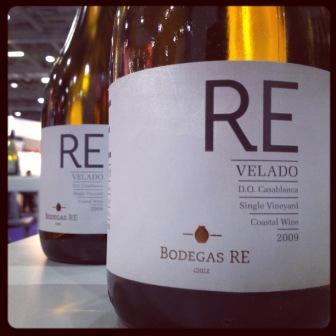 I saw people’s faces veer between shock, exhilaration, consternation, confusion and joy while tasting the Bodegas RE Velado Pinot Noir 2009 (a white Pinot Noir from Casablanca made by Chilean wine titan Pablo Morandé and aged under flor, and which tastes like a superlative and unashamedly flamboyant cross between Chilean Pinot, sherry, vin jaune and very old champagne…)

The orange-hued, tinaja-fermented, biscuit-scented grapey delight that was the De Martino Viejas Tinajas Moscatel 2012 (a very recent bottling, and first production) was adored by some and decried by others.

Wild Carignan vines growing up trees, pruned by nibbling horses and made under the watchful gaze of a sculptor wasn’t everyone’s cup of tea, though the Villalobos Carignan 2012 did delight some with its rustic yet refreshing and gastronomic stylings.

Ending with a succulent and exotically scented sweet wine was always going to win some hearts and lose some minds – and so it was with the Erasmo Late Harvest Torontel 2008, made by an Italian count in the wilds of Maule from grapes dried by hanging under the house’s rafters.

In the midst of all of this, I made some noise, waved my arms about a bit, and generally revelled in the mixed reactions.

Because this was the whole point. 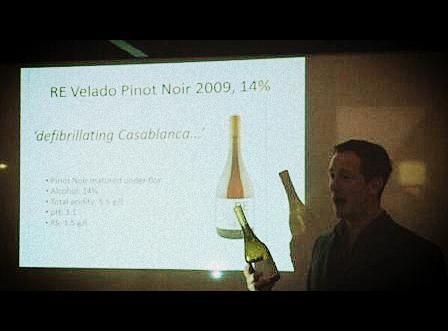 For too long, Chilean wines have trodden the road well travelled, eliciting a polite and pedestrian narrative by way of soporific soundtrack.

They have been good or bad – but rarely revolting. Or great.

These, by contrast, were wines that provoked a reaction. They generated emotion. Both negative and positive, it’s true – but a visceral, gut reaction nonetheless. And often subsequently an intellectual response too, one which took some working through (as many tasters mentioned to me afterwards).

My thanks are due to Wines of Chile and the wineries themselves for supporting this brief surf along the new wave, and also to everyone who came along and opened their mind to this avant-garde experience.

Afterwards, I reflected on the experience in the decidedly classical surroundings of Vintners’ Hall. 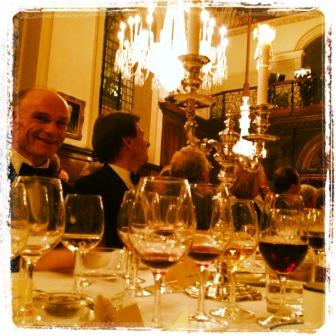 This august institution was celebrating the 650th anniversary of its royal charter. In very refined and prominent company, we toasted the Queen, ate salmon, beef and Eton mess, and drank Champagne, Puligny-Montrachet, a brace of 1996 2nd growth clarets (Cos and Pichon-Baron, if you must know), Sauternes, 1970 vintage port and 1973 cognac.

And I was reminded of that old truism: tradition is innovation that works.

Broadening the mind can be a troubling experience. But it can also be hugely beneficial.

Here’s to another fine 650 years in the world of wine – from Chile to China and Chingford.