Susie & Peter / Other Categories  / Articles  / Over the hump 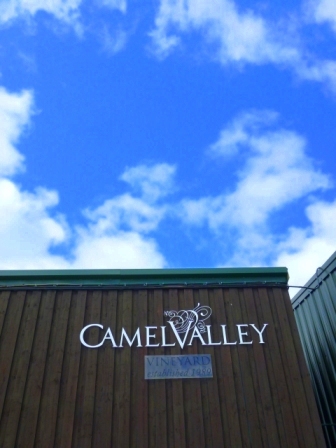 What is – or should be – the future of fine English fizz?

Should it be made in an ambitious, ageworthy champagne-esque style – or as a more fruity, accessible kind of sparkling wine?

Should prices be set high, say at an equivalent to champagne, to set a premium precedent in what is an expensive place to make wine? Or is it best to win friends by establishing a reputation for value (albeit not at the rock bottom prices of some other countries)?

Peter and I have been musing about these and other issues lately, at what is an exciting time for home-grown wine, chewing the cud with specialists, local winemakers – and, the reason for this post, on a recent visit to Camel Valley in Cornwall.

Our view is that, while there is room for all styles of English wine, the ageworthy, complex, bready styles of champagne-esque fizz is the best wine style we produce on these shores at the moment.

But, at the same time, we also feel strongly that English winemakers shouldn’t get ahead of themselves. Many producers and consultants argue that if consumers see a high quality English fizz on the shelf at a price lower than champagne, the inference will be that the former is lower quality.

We don’t buy this. 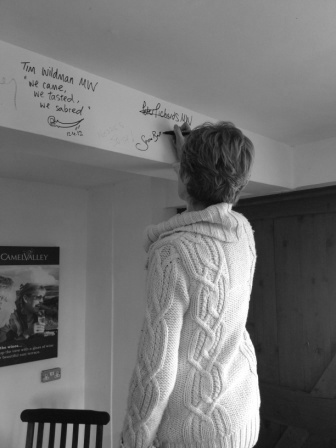 In our view, it’s far better to get into the market with keen pricing (note: not cheap) which can then set a precedent for value and win friends in the process. For example, most grande marque non-vintage champagnes sit at the £30+ mark; launching a similar quality non-vintage (or vintage) English fizz at the £25 – still by no means cheap, and with plenty of room for healthy profits – is surely the best way to win the sale and a fan for life.

This was the mindset with which we reached Camel Valley. It perhaps explains why we’d never particularly warmed to this well publicised Cornish producer’s wines. While undoubtedly fresh, honest and well balanced, the fizzes in particular tended to leave us wanting a bit more (call it complexity or ambition, as we see it).

But at Camel Valley we finally understood the bigger picture.

Here is a vibrant tourist attraction, which pulls in over 20,000 visitors annually, and 2012 is shaping up to be even busier than usual. When we arrived on a blustery July Wednesday, a 40-strong tour group of all types (from hen parties to sensible types in utility hiking shoes) was flocking after winemaker and guide Sam Lindo, asking pertinent questions before flooding into the tasting room. 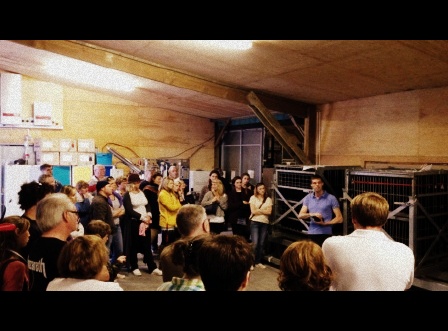 ‘Basically,’ muses Lindo, one of three tour guides (along with his father Bob and assistant Sarah Midgley), ‘we compete with other tourist attractions in the area. But it’s great that this region, and Cornwall in general, is getting a name for gastronomy.’

The wine styles tend to inhabit the fresh, frank and unpretentious end of the spectrum. And that, Lindo explains, is because, while the wines need to appeal to expert critics (and the winery is a serial award-winner, so clearly they do) their prime target is the thousands of visitors who taste and buy at the cellar door. 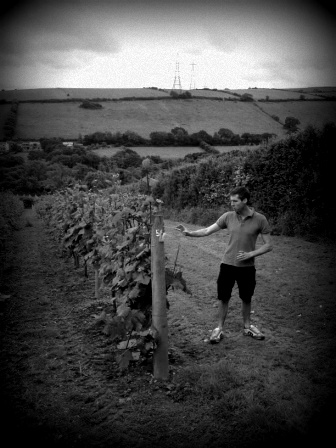 ‘If we’re not making the right style, we know about it straight away,’ comments Lindo. But clearly they’re doing something right: a staggering 50% of Camel Valley’s sales are from the cellar door.

‘We’re farmers,’ explains Lindo candidly. ‘When we started we didn’t know much about wine, or do apprenticeships. But we just wanted wine that spoke of our place: fresh but balanced. Back then that style wasn’t in fashion; it is now, as people want refreshment from their wines.’

Camel Valley doggedly persists with using varieties like Bacchus, Dornfelder, Seyval Blanc and Reichtensteiner, while many other producers have ripped out the latter varieties especially and moved towards Chardonnay and Pinot Noir for fizz. Though proudly Cornish, the winery sources grapes from vineyards as far afield as Hampshire, Kent, Essex and East Anglia – all off loamy, not chalky soils, in order to promote fruitiness, according to Lindo.

The Lindos do a very good job of promoting their business and are bold in their vision. They have many awards to prove their credentials and both father and son Lindo are notably active in mainstream as well as social media. They recently featured on Caroline Quentin’s Cornwall and Raymond Blanc’s BBC Christmas Special (they even made a special ‘Cuvée Raymond’ Dornfelder fizz following his visit…)

Bob was recently in the news for staging a sit-in at Gatwick airport at what he claimed was mis-selling when he saw Champagne Lanson bottles draped in a Diamond Jubilee-themed Union Flag and marketed under a ‘Best of British’ banner. The company are also currently applying for the first non-generic wine PDO in the UK – Darnibole, a vineyard whose name appears in the farm deeds.

While some of Camel Valley’s pricing is ambitious, especially for the still wines, it’s hard to argue with the business model. And is it not doing just as much as, if not arguably more than, most of the other celebrated home-grown names for the future of quality English wine? 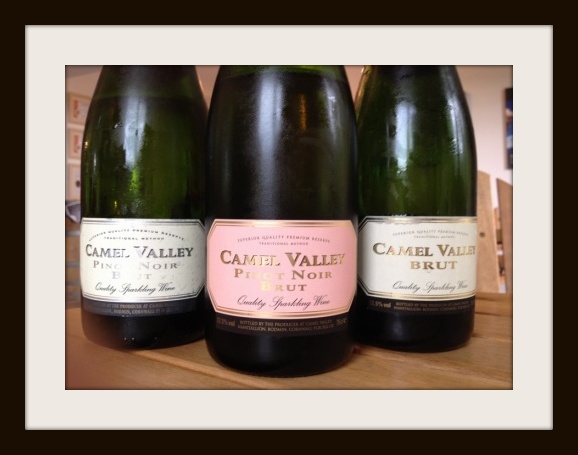 Camel Valley White Pinot Noir Brut 2010 (£29.95), 12.5% – the non-rosé version is perhaps the most ambitious fizz made here, with plenty of generous Pinot structure and red apple richness. Persistent and classy. But retains the floral frankness typical of the fizz here. 6.5/10

Camel Valley Darnibole Bacchus 2011 (£14.95), 13% – as well as the typical elderflower/gooseberry character of the Bacchus grape, this zesty white also has a notable mineral weight to it. Smoky, with an almost Riesling-edge to it. 5.5-6/10