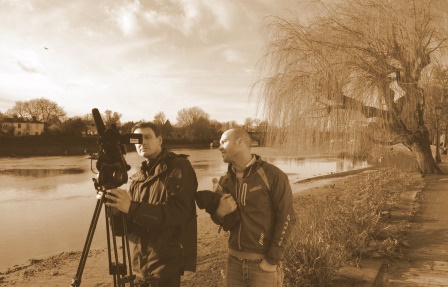 Our Saturday Kitchen appearances are coming thick and fast at the moment so apologies if we’re not getting them up here as quick or efficiently as we’d like.

In fact, over the course of the next few weeks, we’ll be catching up on all the delicious shows we’ve been working on over the festive period and into the new year. So expect something of a Saturday Kitchen glut!

On 21st January, I was in Chiswick rooting around for wines to recommend for Mark Sargeant and Atul Kochhar, to the strains of ‘Hot Lips’ and ‘Soul City Funkster’ (I’m keen to stress that the fine people at Cactus TV productions chose the soundtrack, not me…)

My choice for Mark’s squid with oriental sweet and sour dressing was the Tiki Ridge Sauvignon Blanc 2011, Marlborough. Though currently £8.99 at Waitrose, this goes on offer down to £5.99 from 25th Jan to 28th Feb, so it might be worth waiting a few days before picking this up.

Mark, magnanimously, declared that, while it wasn’t his favourite style of wine (a common complaint regarding Sauvignon), ‘you do need something crisp to cut through the dish – and that’s lovely and crisp – does the job really well.’

Atul, meanwhile, came out all in favour, saying: ‘I do think the wine complements [the dish] very well actually; I love it’. Studio guest Vic Reeves also seemed quite taken, saying, ‘it does work well with that’, while James described it as ‘beautiful’. 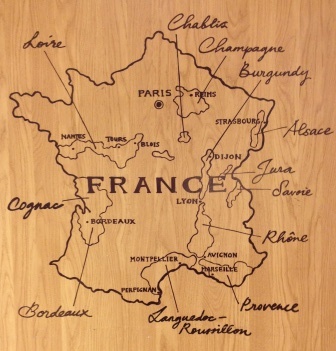 ‘Bit of a bargain’, chimed in James, while Vic said, ‘it’s really nice too’.

You can find the recipes for these delicious dishes and others (including James Martin’s buttermilk crumpets with black pudding and tamarind and coconut lamb stir-fry) via the BBC Food website here.

By kind permission of Cactus TV/BBC1, here are the wine clips from the show. First up, Mark’s oriental-style squid: