This week’s Saturday Kitchen was probably my most enjoyable day of filming for the show that I can remember.

Not only was I given access to Twickenham stadium, I even got a taste of the action as I was lifted skyward in a line-out with some seriously hunky young rugby players.  Work surely doesn’t get much better than that… and it’s certainly the closest I’ll ever get to being allowed on a professional rugby pitch.  Huge thanks to SK’s Andy Clarke and Claire Paine for arranging it all – and making my day.

The show was terrific too, of course, with some wonderful food from Stephen Terry, Simon Hulstone and James Martin – who out-did himself with the most indulgent sticky toffee pudding I’ve ever seen.

Simon kicked off with a beautiful and delicate plate of poached Megrim sole with seaweed butter sauce and a warm quinoa & sea herb salad.  A healthy yet hedonistic combination and a white wine dish if ever there was one.

The tricky part was finding a wine that could cope with the incredible richness of the butter sauce, while at the same time being delicate enough for the sole and the quinoa salad.  After trying several, fish-friendly wines it was Finest Albariño 2011 (£7.99, Tesco) that came out on top, a delightfully zesty white whose succulent florality was in perfect harmony with the salty sea flavours in the dish.

James thought so too, saying, ‘it’s a great combination, there’s a lot of flavours going on there but it works really well’.  Luckily Simon agreed and Stephen apparently loves Albariño, so a good reaction all round. 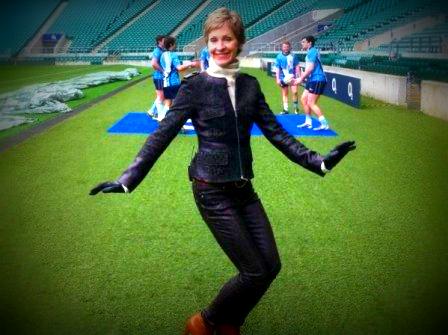 Stephen Terry was next up and I can honestly say it had been a total pleasure on Friday night to cook up and match a wine to his potato gnocchi, grilled radicchio and sausage sauce, in preparation for the show.  When a successful chef with a string of Michelin-starred restaurants on his CV chooses to come on Saturday Kitchen and cook a simple dish that anyone can have a go at, it lifts my heart.  It was totally delicious to boot!

To be honest, I could have gone for a red or a white, but the overall taste of the dish with its capers, parsley, lemon and cream pushed me towards a white: Extra Special Fiano 2011 (£5.00, Asda).  Stephen declared himself a ‘big fan of Fiano’ while James thought the dish was, ‘particularly good with the wine’ and said in relation to the price: ‘I think this is spectacular, a great buy that one’.

Wine clips from the show, which featured special guest Ruthie Henshall, are below and you can find recipes on the BBC Food site. My thanks to James, Simon, Stephen, the lovely St Mary’s rugby boys and all the crew at Cactus and the BBC. And of course thanks as always for watching!