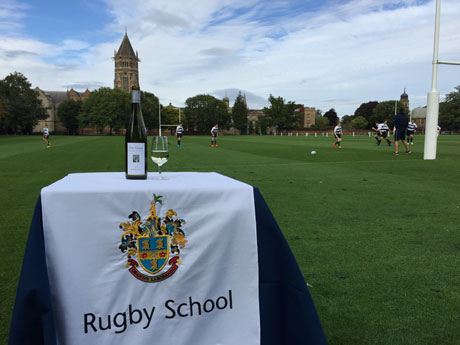 It was a real privilege (and great fun) filming our Saturday Kitchen wine VT intro at Rugby School on the site where the game was invented nearly two centuries ago. Pity it didn’t tie in with an England World Cup win on the same day but congratulations Wales, who played brilliantly.

I think it’s obvious from the film just how excited I was to get the rugby kit back on and get the ball in hand and on the boot. I would have stayed all day if I could! But there was wine to be found for some delectable recipes this week, and even the promise of another kick at one of the finest goals in the game was not going to deter me from my delicious task…

Peter’s comments: What a dish! So intensely flavoured and moreish, just gorgeous – and of course the wine needs to pack a corresponding punch. You might initially think a red wine, and soft and juicy versions do work, but really this dish cries out for a white – appley flavours to tie in with the pork, zingy fruit to offset the salty feta and a touch of richness to match the sweet orange syrup. A good Vouvray Demi-Sec does work well but, while this Riesling does sit on the drier side of what works, it has such lovely texture and roundness that it just sang in combination. Plus it makes a great aperitif so sip on while you wait for the pork to slow cook!

Peter’s comments: This dish is a game of two halves. We don’t want to overwhelm the clean flavours of the scallops, or clash with the Chinese greens, but we also need a wine to stand up to the comforting richness of those noodles. If you want to splash out, a richer style of Pinot Gris is a fine option. We also found Swartland Chenin Blanc from South Africa a nice pairing. However, the best we tried was this Austrian Gruner Veltliner, whose leafy edge paired really well with the Chinese greens. It’s elegant enough not to dominate the scallops but has the structure to cope with the noodles. An offbeat but very pleasant match. Who knew? 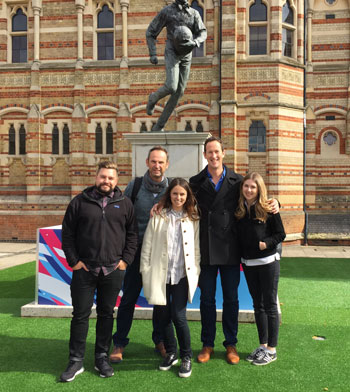 Bill Bailey was our studio guest and my wines for his food heaven and hell, as cooked by James Martin, were:

Thanks to James, Sabrina, Ken and Bill. Big shout to our fab wine VT crew Laura, James, Duncan and Katharine. You can find recipes on the BBC Food site and the show is available for a few weeks via BBC iplayer. Thanks to Tesco and Sainsbury’s, also to the staff and boys at Rugby School for letting us join in their training session and trespass on their impeccable pitches to film.

On a final note, we are immensely proud that Saturday Kitchen recently won a TV Choice Award. Many congratulations to the fabulous team at Cactus TV and everyone who works on the show. It’s great recognition for what has become a really successful format on the back of a lot of hard work and fabulous people. Susie and I both raise a huge cheers to that.