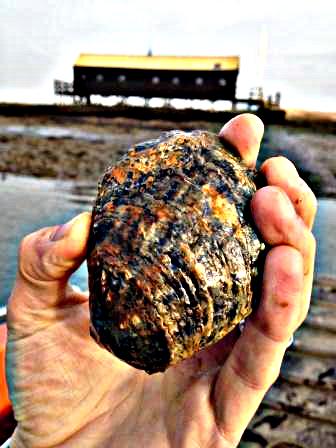 Oysters were on the menu this week so the intrepid Saturday Kitchen wine team headed out to Colchester, where the annual Oyster Feast was taking place.

I got my glad rags on to look perilously over-dressed in an oyster boat as we swanned around the world-famous oyster lanes of Mersea, taking lessons on the difference between a native (smaller, flatter back) and the more prevalent rock oyster (bigger, altogether more bulbous).

See? I don’t just have eyes for wine…

Apart from having fun, we also found time to root out some wines (‘brilliant’ ones, in James Martin’s words) for the culinary maestros who are Atul Kochhar and Mark Jordan.

Mark – who heads up the kitchen at The Atlantic in Jersey – was cooking langoustines with oyster mayonnaise, wilted spinach and anchovy sand – served on a Jersey rock.

Both the original presentation and subtle flavours gave me the chance to talk about ‘minerality’ in wine – a topic that tends to confuse and polarise people in equal measure.

For me, minerality in wine is a dimension that isn’t just fruit, or flowers, or herbs – it’s an X-factor that speaks as much of the sea and the earth as it does other things – and what’s more enables wine to go brilliantly with food.

No surprises that I went for a classic wine, much celebrated for its minerality and for pairing well with seafood: Laurent Desvignes Chablis 2010 from Waitrose. This has since gone off special offer (it was £8.99 down from £13.99 until 30th Oct) but if you’re after a similar bargain, you could now go for the Esprit de Chablis 1er Cru 2010, down from 15.99 to £11.99 from 7th Nov until 4th Dec. 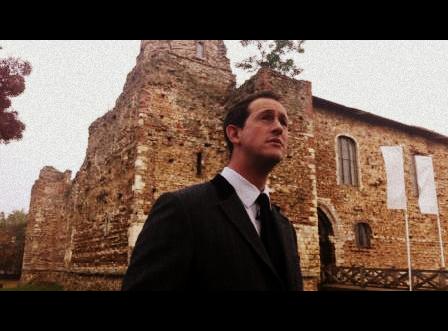 Mark described the match as, ‘fantastic – really fresh, you can see yourself sitting down and having a glass of that,’ before adding, ‘with a few things on a rock…’

James quite rightly pointed out that, ‘at £8.99 it’s great value for Chablis’, while Atul described it as an, ‘amazing bargain’.

When Atul mentioned he was cooking ‘bunny chow’, I think I got the wrong end of the stick. But this heart-warming lamb curry, served in hollowed-out bread, makes for great theatre and a lovely story.

‘Great combination,’ said Atul. ‘Spot on: it’s medium bodied, fruity, which is all you want with this kind of curry – it goes really well.’ 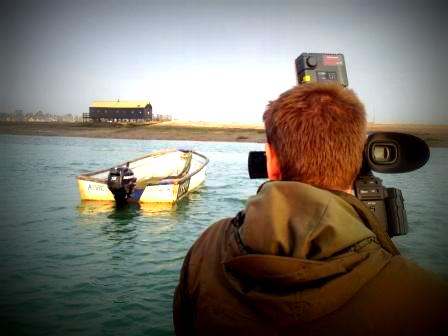 Although James said he’d normally go for a beer, he described it as a ‘great combination’, while Mark said it was, ‘perfect’.

Thanks as ever to host James Martin, the brilliant Atul and Mark, the fabulous Dawn – and to everyone at Cactus, not least to our VT director, TV’s Andy Clarke, cameraman Mike and researcher Claire Paine.

You can find the recipes from this episode on the BBC Food site, which also include James’ chargrilled squid with creamy ponzu dressing, pumpkin soup and classic pasty.

You can catch the show until this Saturday – when Susie is in London on a Guy Fawkes-themed mission – via iplayer. Wine bits are at 15:45 and 55:40. Also featured is archive material from Rick Stein and the Great British Menu.