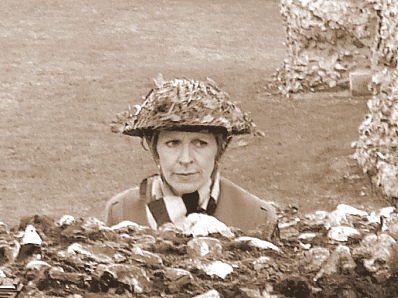 If you watched Saturday Kitchen this last weekend, then you’ll know the answer was Thetford, in Norfolk. (Or at least that’s where the exterior scenes were shot.)

But this was news to me – as was the fact (a result of some cursory research into my filming location) that, when the series first aired between 1968 and 1977, it regularly drew audiences of up to 18 million.

You can see me in full technicolour glory on the video clips below – reproduced here by kind permission of Cactus TV/BBC1. You can also find the recipes via the iplayer link at the end of this piece.

For Bryn Williams’ delicious salmon with curried mussels I went for the Taste the Difference Albariño 2010 (£7.99, Sainsbury’s). 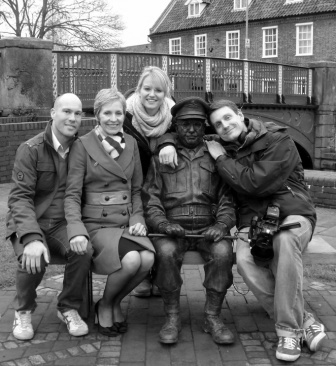 It went down a storm in studio. James Martin was unusually animated, saying, ‘I really like that choice, great value – tastes delicious.’ Bryn described it as, ‘a great combination – fresh and crisp to cut through the oily fish and cream sauce: the perfect combination.’

Surprisingly enough, Albariño was a new one of wine buff Ken Hom, who said it was ‘a new discovery: perfect with salmon’. Guest and former Spice Girl Emma Bunton, meanwhile, said it was, ‘very good.’

Ken was surprised that I went for a white – the Finest Ken Forrester Chenin Blanc 2011 (£7.99, Tesco) – to go with his crispy pork. I’d remembered he was more of a rosé/red fan, which is why I also name-checked the Finest Navarra rosé.

But for me, the subtle flavours of the pork go really well with an appley white – and Ken gracefully conceded this too.

You can find the recipe details for the show here – well worth trying out.

As for the videos, here’s the Bryn Williams clip:

And here’s the Ken Hom bit: