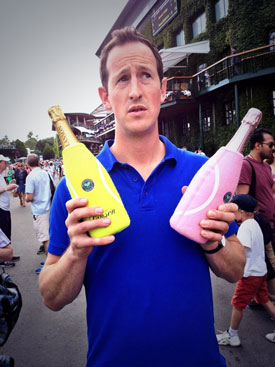 The perfect wine service this week filmed on location at the All England Lawn Tennis Championships at Wimbledon. Being gastronomes at heart, we focused on the strawberries & champagne as much as the sport…

Incidentally, though, it was good to feature both a Chilean and Brazilian wine as these two great nations took each other on in the World Cup later that day. While Brazil ultimately prevailed on penalties, at least the Chilean Malbec emerged triumphant.

Wine for flower power pizza and beef ragu by the Hemsley sisters:

Peter’s comments: if I were eating these dishes in autumn or winter, I’d choose a Valpolicalla Ripasso – like the one Valpantena do for M&S about the same price. It’s a richer, more hearty match. But because it’s summer, this juicy light chillable Bardolino works brilliantly (think of it as Valpol-lite). The cauliflower base for the pizza, together with the mozzarella, make for a quite a delicate flavour that doesn’t want to be overwhelmed. The ragu needs something with a bit of tangy grip. This wine works on both fronts. 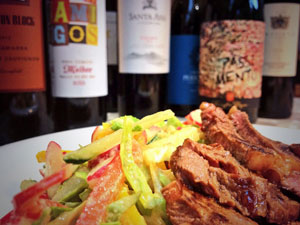 Peter’s comments: there’s a lot of lovely spicy sweetness in both the steak marinade and salad vinaigrette so we need a wine with a bit of generosity. But we also need freshness – and this great value Malbec from Chile’s southerly Bio Bio Valley is a brilliant combo of both with an inviting hint of ginger and mint to boot. 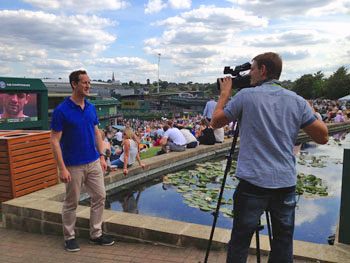 Our studio guest this week was the delightful Ellie Harrison from Countryfile. Her heaven and hell dishes, cooked by maestro James Martin, were as follows (together with my wine matches):

This week I’d like to single out the fabulous Saturday Kitchen wine VT crew for special thanks. Maestro Andy ‘just one more shot’ Clarke, Mike ‘camera’ Maddams and Nicola Gunary are a brilliant team to work with and do a fantastic job week-in week-out for the show. Thanks, guys!

And of course thanks to James, Wolfgang, Jasmine, Melissa and Ellie for a fab show, together with the rest of the fine Cactus team. Wine clips are below; recipes are on the BBC Food site. Enjoy – and thanks for popping in! 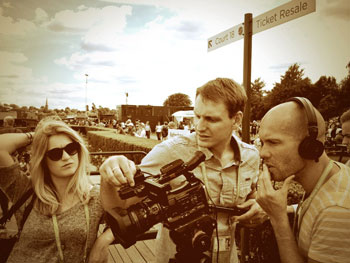 The crew hard at work