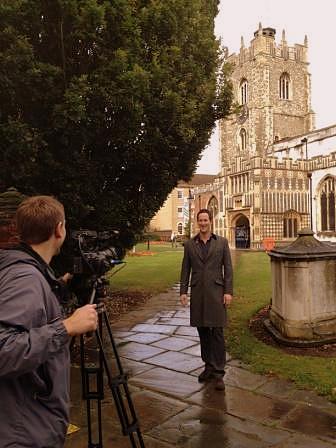 To Essex, to England’s newest city Chelmsford (which acquired its city status in June 2012) we went in the search of delicious wine in the Saturday Kitchen cause.

And we weren’t disappointed. On the menu were teriyaki glazed salmon with sweet and sour peppers and wasabi hollandaise cooked by the sprightly Will Holland of La Bécasse in Ludlow as well as Gennaro Contaldo’s family meat ragù.

Will was up first, his flawless youthful complexion sporting not a trace of evidence that just days earlier he’d been in the boxing ring for charity (see Rumble in the Kitchen), winning his bout in impressive fashion against Matt Wilkin MS.

For his dish I chose the Valdesil Montenovo Godello (from £7.99, Majestic) – something a bit different but great value for money, and a proper food wine.

‘It’s brilliant,’ commented Will. ‘There’s lots going on in the dish, but that handles it really well.’

Gennaro didn’t initially twig to the fact that I’d gone for a French rather than an Italian wine – surely something akin to heresy with a family ragu – but he reacted in characteristically warm fashion to both me and the Finest Plan de Dieu Côtes du Rhône Villages 2011 (£6.99, Tesco).

‘Bless Peter!’ he exclaimed, ‘he did choose nice lovely wine, really goes with the dish.’ 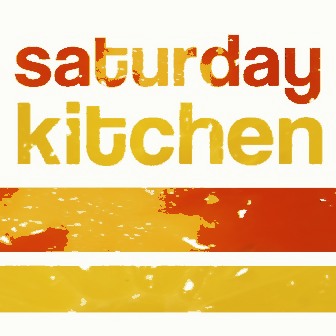 As ever, thanks to James Martin and all at Cactus for another great show. You can catch it via iplayer for the next week (wine bits at 17:26 and 57:15), and after that I’ll try to get the wine clips up here on the site. Also featured were Rick Stein and action from the Great British Menu.

You can find all these recipes on the BBC Food site, as well as others from the show including prawn and broccoli pad thai, southern fried chicken with garlic butter, fried potatoes and bread, and meringues with strawberries and cream.