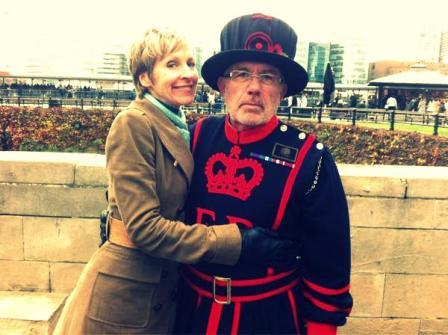 It was a Guy Fawkes theme on our wine shoot for last weekend’s Saturday Kitchen – so we stopped by the Houses of Parliament before heading onto the Tower of London, where the would-be bomber met his grisly fate all those years ago.

(I got to cuddle a Beafeater – how times change…)

Our fate was, well, a bit more tasteful – choosing some fabulous wines to go with Jason Atherton’s blow-torched mackerel and sticky ribs by Mark Hix.

Jane Seymour was this week’s appreciative guest, while we had the fine sight of James Martin tossing his sticky ribs over his shoulder while demanding some wine. I was, of course, delighted to help out.

Jason’s lime-cured mackerel with Japanese radish and green tea was pretty intricate and, after much research at home, we discovered it went best with a Riesling (although Gruner Veltliner also worked well).

James noted how inexpensive and ‘fabulous’ it was, while Mark said it, ‘cut through the oiliness of the mackerel very nicely’.

Jane, echoing many a comment we hear along these lines, said, ‘I always thought Riesling was very sweet but this is lovely, delicious’. (Many German Rieslings are sweet but Australian and New Zealand ones are often dry – and great value too.) 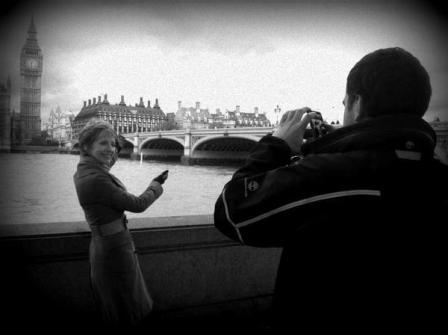 Mark’s dish was a total contrast – tamarind-baked back ribs with stuffed baked onions.

This was a full-on, sticky, carnal dish for which we needed a gutsy wine. The Yalumba Bush Vines Grenache 2011 (from £9.99, widely available but we filmed at Majestic) was perfect for the job.

‘It’s a great combination, fantastic, almost like a palate cleanser with the tamarind,’ said James.

‘Beautiful,’ was Jane’s comment, while Jason termed it, ‘great, perfect.’

Thanks to James, Mark, Jason and Jane for a great show, as well as everyone at Cactus. You can find the recipes from this episode on the BBC Food site, which also feature James’ steamed treacle sponge with custard, lobster and sea bass with carrot julienne and baked ginger parkin with perry poached pear.

You can catch the show until this Saturday via iplayer. Wine bits are at 15:23 and 53:30. Also featured is archive material from Rick Stein and the Great British Menu.