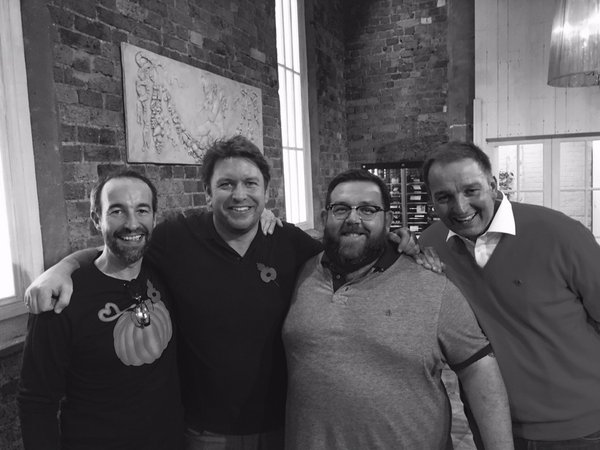 Pumpkin throwing and all kinds of Halloween larks on this shoot. Even dragged my mother-in-law into the mix…

Peter’s comments: we tried the dish alongside a range of wines in the company of my estimable mother-in-law. And, would you know it, but we were all in complete agreement! We agreed that a rich Pinot Gris did a decent job. But there was a lot of sweetness in the dish and so the richer tones of this Italian white, which uses some dried grapes, was spot on. As my mother-in-law put it, this was a wine that just ‘goes with the flow’ of the dish. I couldn’t have put it better myself… It went down very well in studio, with Stephen commenting: ‘On the money: great value, very well balanced, perfect accompaniment’. Huge kudos to Stephen on his pumpkin jumper, too. 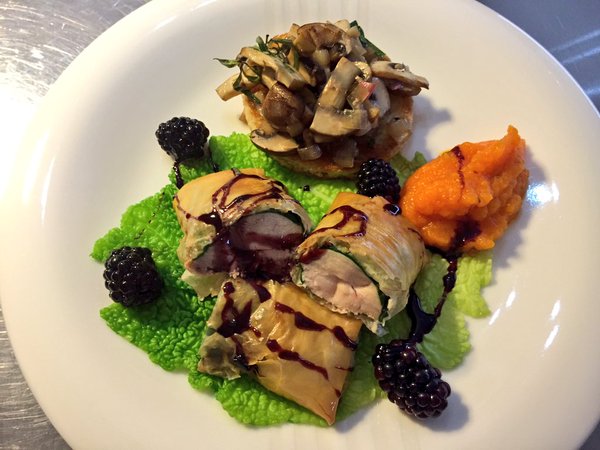 Peter’s comments: an absolutely delicious way of doing game. It needs quite a specific wine, though, as those tangy blackcurrants are really piercing. In addition to Beaujolais, uncomplicated Italian reds seem to work best. We found a great value own-label Chianti at Morrisons at around a fiver. But this old friend worked beautifully. ‘This is a star: lovely’ said Galton. 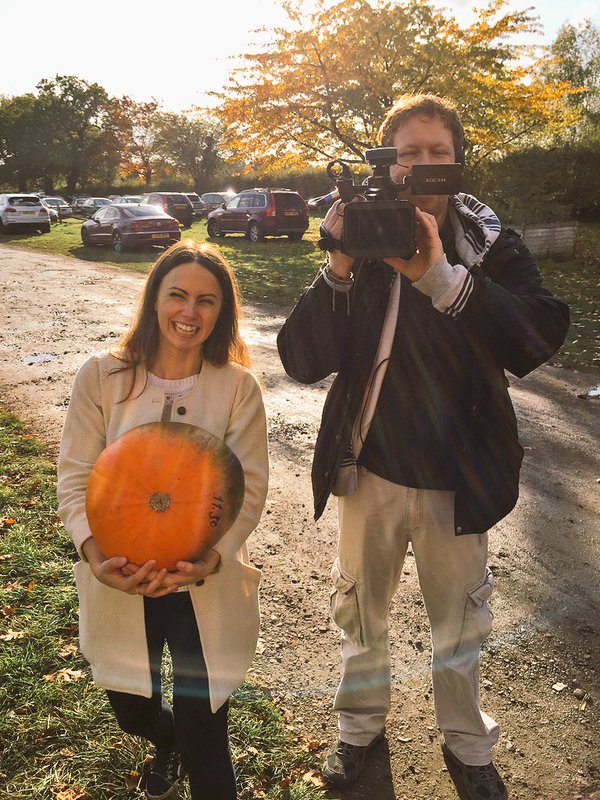 My thanks to James, Stephen, Galton and Nick – as well as to all the brilliant team behind the cameras at Cactus TV.

Kudos to my wine VT director Laura Sommerville (pictured) on her pumpkin throwing feats, and thanks also to everyone at Crockford Bridge Farm, Majestic and Waitrose.

You can find the recipes for the show via this link and it’s also on BBC iplayer.