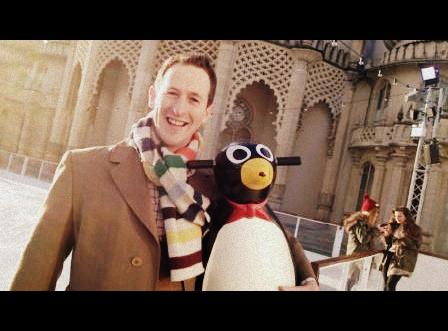 Brighton was suitably bracing for our Saturday Kitchen wine shoot – but also beautiful on a starkly sunlit winter’s day, from the beach to the pier and the ice rink in the ornate surroundings of the Pavilion.

We were entertained by a succession of lively characters, from the taxi driver (‘straight as an arrow, mate’) to the notably cogent booze-hounds (‘You’re that wine expert, aren’t you? Well we’re vodka experts…’)

The circus atmosphere didn’t subside on camera, either, as I described Silvena Rowe’s Ottoman lamb dish as, ‘the gastronomic equivalent of having a massage in a Turkish bath from a large man – with very soft hands.’

If you try it, you’ll understand… It was a tough dish to match, with its dried fruit, rose water, saffron and pomegranate molasses offsetting the tender lamb. I eschewed the safe Ozzie Shiraz choice and went brave with the ‘naughty but nice’ Taste the Difference Alsace Gewürztraminer 2011 (£7.99, Sainsbury’s).

And the risk paid off. Silvena loved it: ‘It’s amazing: this is a complex dish, with all those flavours it’s a nightmare for a wine expert so Peter’s done amazingly well, superb!’

The wonderful Vivek Singh went further, saying it was an, ‘inspired choice’ and that it worked ‘really well.’

James Martin was won over. Although he pointed out that you ‘either love or hate’ Gewurztraminer, he said he loved it with food and that it was ‘fantastic’ with the dish. 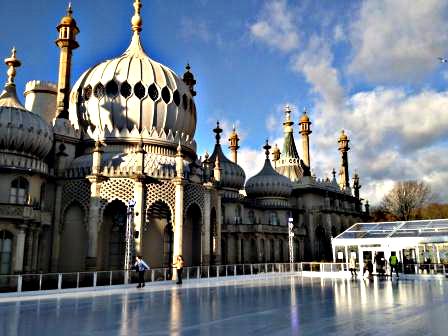 Vivek was cooking his stunning dish from the BBC Good Food Show: roast venison loin with root vegetables and pickling sauce, (golden) vension meatballs. I went for a Primitivo then and saw no reason to change – my choice was the Extra Special Primitivo 2010 (down from £6.98 to £5, Asda).

‘An absolute bargain,’ commented Vivek. ‘You’ve spent all your money on the venison, so you’ve got a great deal on the wine!’

The other commentary was similarly positive, which was great.

You can find the recipes for the show on this BBC Food page. In addition to Silvena and Vivek’s dishes, they include James Martin’s madeleines with raspberry compote, roast chicken with game chips, bread sauce and bacon-wrapped chipolatas, and trout with scallop mousseline, beurre noisette and almonds.

Thanks to James, Silvena, Vivek, Brendan and everyone at Cactus for another magnificent show (which you can catch on iplayer until 15.12.12 ). Wine bits are at 14:45 and 54:52 and also featured are Rick Stein and the Great British Menu.