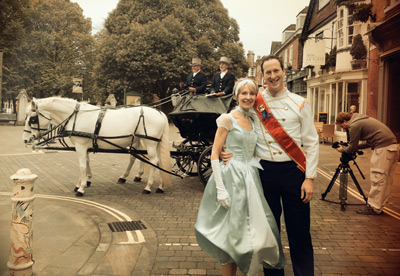 The dark, chaotic, ridiculous, delicious side of panto…Saturday Kitchen style. What fun!

We filmed our wine bits (another festive joint shoot) in one hectic, surreal, delightful day in Winchester. Thanks to Cactus and the BBC for letting us loose on this one. We also want to take this opportunity to raise a huge cheers not only to our intrepid and brilliant wine VT crew (Laura, Alec and Katharine) but also to the wonderful and talented people behind the cameras at Cactus TV in general.

It’s a constant privilege to work with such talented people on a fantastic show like Saturday Kitchen. There are too many names to mention but special thanks to Amanda, James Winter, Charlotte, Hettie, Michaela, Alan, Jo, Fiona, Naomi (and not forgetting our outgoing wine VT director Andy Clarke!) Making the magic happen is all about these guys. So credit where credit is due. Thanks also to the BBC for supporting this show for so long – in 2016 it will be a decade on air.

But what of the Boxing Day show? This being a special occasion, we were allowed to push the price up a bit – but always abiding by the cast-iron Saturday Kitchen wine rule that these bottles are fantastic value for the money.

Susie and Peter’s comments: OK, OK, so maybe we’re just greedy and wanted to get two wines onto the show. But this dish does work with both the white Burgundy and the Kiwi Pinot. The white sits perfectly alongside the earthy, gently creamy elements of the dish while the red really gets to grips with the savoury, gamey bird, and picks up on the smoky notes from the pheasant and chicory. The Guinness and oyster sauce works really well with both. So this is a rare Saturday Kitchen wine recommendation that covers both red and white wine lovers! (Ideally, buy both…) 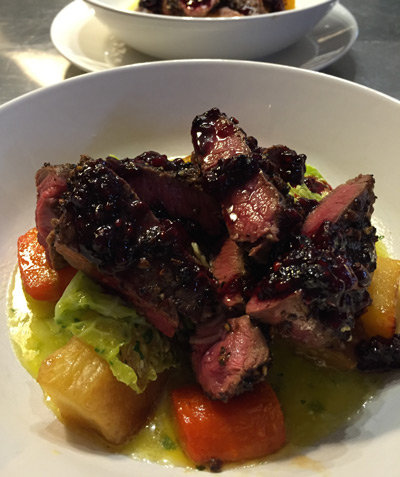 Susie and Peter’s comments: this robust, vibrantly flavoured dish worked well with red blends. If you like a richer red then go with the Tim Adams The Fergus, which is packed full of succulent dark fruit and warming minty notes. But this classic Southern French blend is an absolute bargain and just brilliant with the dish, so we had to get it on the show. It’s like a mini Chateauneuf-du-Pape, and the sweet fruit works really well with the blackcurrant gastric. 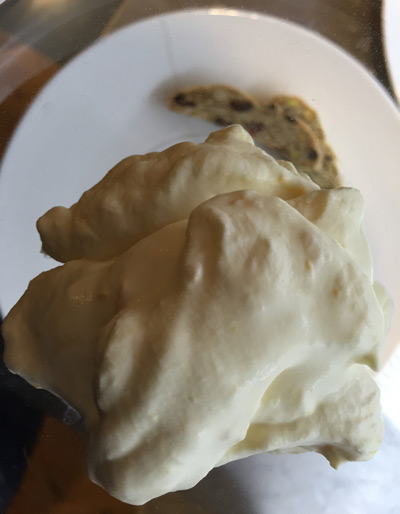 Susie and Peter’s comments: wonderful to have Nadiya on the show after her epic Bake Off win. This is a real treat, because it’s so light and airy. Vin Santo is a classic match for biscotti but it comes up a bit heavy with this version – but the tangy, orange marmalade tones of this Tokaji works beautifully. It’s not cheap (it’s a tiny bottle) but it’s so intense you won’t want to drink lots, and even at this price it’s well worth buying. For those who don’t drink, like Nadiya, we’d recommend a non-alcoholic cocktail using the juice of three tangerines, 25ml cranberry juice and a splash of ginger beer. If you want to get arty then freeze a tangerine segment in an ice cube and add that in together with a sprinkle of cinnamon!

Huge thanks and high fives to James Martin, the rock on which the Saturday Kitchen mountain is built, for all his brilliant work over the years and on this show. Thanks also to Eric, Pascal, Nadiya and Cyrus – also to Waitrose, Tesco and Majestic. You can find the recipes and the show via the BBC website. Thanks for reading – and happy Christmas! 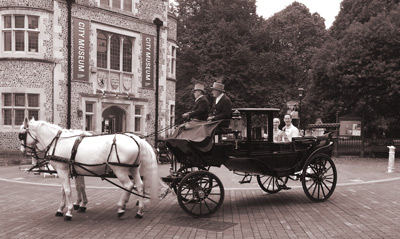