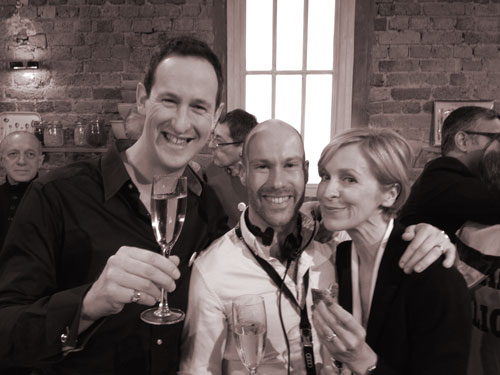 You don’t see that every day!

Saturday Kitchen marked 400 shows in style last month as a noisy smorgasbord of chefs and wine experts headed into the studio for a raucous and thoroughly entertaining 90 minutes of Saturday morning gastro-fun.

Apparently a stream of viewers voiced their delight and amazement that, in one caller’s memorable words, they’d ‘fallen down the rabbit hole’ because we wine experts were in studio.

We sat in for the show with (brilliant) studio guest Johnny Vegas plus chefs Sabrina Ghayour and Galton Blackiston. Susy Atkins had chosen some tasty wines for us to enjoy – we particularly liked her Mas de Montagnes white (£7.99, Majestic).

James Martin did a commendable job of keeping some sort of order as banter, champagne corks (and horseradish – if you caught the final few minutes) started to fly. 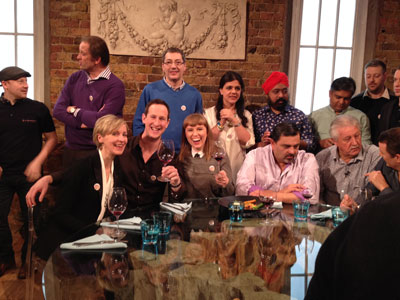 It took us back to Peter filming the very first Saturday Kitchen wine VT of the current era, back in 2006. It was in Lymington and Antonio Carluccio and Paul Rankin were on the hobs. Peter doesn’t remember feeling particularly nervous – more over-excited, really – but there were rumours that plenty of takes were necessary to get it right…

Joking aside, it was a very fitting way to mark a massive milestone. Producers Cactus TV deserve great credit for putting on a top show week in week out for nearly a decade. James Martin has done a brilliant job as host (we’ll momentarily overlook his phobia of rosé) and the format has gone from strength to strength.

We’d like to publicly thank all the wine producers and retailers who make and sell the lovely juice we recommend, and who go out of their way to help us in our task. We’ve lost count of how many dishes we’ve cooked or bottles we’ve opened in the Saturday Kitchen cause (it would be too shocking).

We are privileged to be part of a great show and a fantastic team, which feels like family. The birth of our two children was announced live on air – rumours that we had both in July to tie in with Saturday Kitchen being off air for the summer break are entirely unfounded…

But a key part of that family is our wonderfully loyal and interested viewers – so we’d like to say a huge THANK YOU to everyone who’s supported us and the show over the years.

Happy 400th birthday, Saturday Kitchen. We look forward to toasting many more in the future. 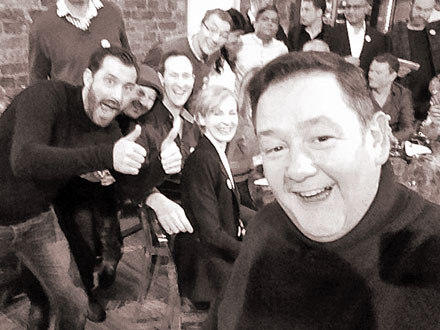