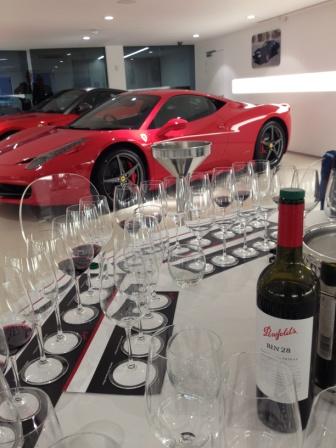 Recently I was asked to help host the launch of the new Penfolds Bin range – the first time this had ever been done formally in the UK.

The tasting involved a mini-vertical of Bin 389, also known as ‘Baby Grange’ (after Penfolds’ most celebrated red, indeed one of the New World’s most iconic fine wines). This was a rare opportunity to try not only the back vintages but also the new release of Bin 389 – even the sales team at Treasury Wine Estates (TWE), owners of Penfolds, commented wistfully that they hardly ever got to try the stuff, and that this was the last bottle of 1986 left in stock in the UK.

The splash was partly to celebrate the 50th consecutive release of Bin 389, first made in 1960. The reason for the gratuitous car pictures is that it also happens to be the 50th anniversary of the Ferrari GTO (current price tag, c. £20 million), and some enterprising soul at TWE made the connection. The one pictured below is apparently owned by Nick Mason, formerly of Pink Floyd (there were apparently only 39 made in total, and buyers had to be approved personally by Enzo Ferrari).

The Bin range is a collection of wines which celebrate the pioneering experimentation of Penfolds which began in the late 1950s.

Indeed, the term ‘bin’ refers to the location in the cellars where they were kept; it brings to mind the curiously impersonal naming of new stars. It’s the language of research and development, of a changing world order: the 1950s were a time when the seeds were sown for Australia’s transition from primarily a producer of sweet and fortified wines to table wines. Grange was originally 1951 Bin 1 Grange Hermitage, for example.

Nowadays, the Bins are a broad portfolio of wines, white and red, from cross-regional blends to sub-regional wines. They vary in price from £19 (Bins 28 and 128) to £50 (Bin 389). These prices have recently gone up, a move which attracted some negative press (see the Decanter piece here). The TWE team comment that the move was to counter the grey market, as wines were traded on to be sold in more profitable Asian markets, and to correct brands which had been under-valued. 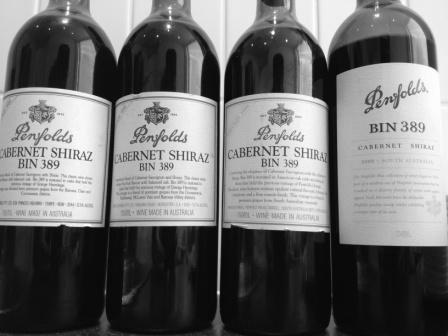 Tasting notes of the new releases and the Bin 389 vertical are as below.

As a general impression, the range was sound, if somewhat variable, especially when the new pricing is taken into account. The speciality is clearly gutsy reds – whites and Pinot Noir were notably less impressive. But with the best examples of the former, Penfolds manages to craft wines of great concentration and power, but also real elegance and grace.

Bin 389 was undoubtedly the highlight of the range.

It combines the structure and linearity of Cabernet Sauvignon (mainly sourced from cooler climate sites like Coonawarra) with the richness and spice of Shiraz (principally from warmer areas like Barossa and McLaren Vale).

It’s a wine that benefits from age but doesn’t need it. Apparently, Bin 389 is one of the most popular auction and trading wines in Australia – partly because of its good value reputation (eg at £50 compared to Grange at £200 on release) but also because it combines a track record for ageing and holding its value with an ability to be drunk young in an accessible style.

Bin 128 Shiraz 2010, Coonawarra, 14.5% (£19) – the wine formerly known as Coonawarra claret, first made in 1962. Considered a ‘mid-weight’ style, for Penfolds anyway (Max Schubert didn’t rate Coonawarra as it was too cool for him, given his predilection for ripe, ‘buoyant’ fruit). Classic and delicious. But young still – dense, firm and grippy. But very well rounded, too. Packed full of minty, chocolate-infused dark fruit. Lovely juicy structure. Real linear elegance to it, structured and intense. Herbal hints like rosemary and dill. Drink from 2014. 7.5/10

Penfolds Bin 150 Marananga Shiraz 2009, 14.5% (£40) – a more recent creation, first made in 2008, this is a sub-regional tack adopted by Penfolds. Mainly from the Marananga and Walton vineyards, a bridge between Bin 28 and RWT. Punchy, expressive and very dense. Brisk, grounded and ferruginous. Creamy coco softens it out. But serious stuff, very impressive Barossa Shiraz. 7.5/10 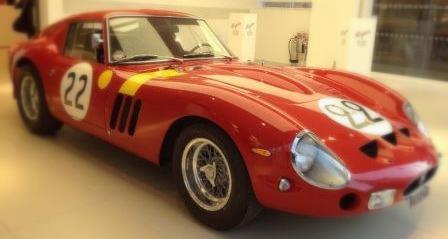 Penfolds Bin 311 Chardonnay 2011, Henty, Victoria, 12% (£30) – the 2011 vintage was a tough one in Oz, with yields often drastically reduced by adverse weather conditions. The resulting wine is creditable but not amazing, especially at the price. Previous vintages of this wine have come from Tumbarumba and Orange but Henty is coming through as the favoured cool-climate area for this wine. Subtle mineral and citric tones lead into a vivid flavour profile with elegant harmony and decent length. Could have more to it at the price but some nice elegance and core. Savoury, focused and elegantly made. 7/10

Penfolds Bin 138 Grenache Shiraz Mourvèdre 2010, 14.5% (£20) – surprisingly floral and grounded for what I’d expected to be a pretty bruising style. Well integrated spice, nicely harmonious as well as rich and creamy. Pretty compact and very pleasant. First bottled in 1992 as Old Vine GSM, a homage to the southern Rhône blends, entered the Bin range in 1998. This one’s 50% Grenache, 27% Shiraz and 23% Mourvèdre sourced from the old vineyards in the Barossa floor, aged in American oak hogsheads for 12 months. 7/10

Penfolds Bin 28 Kalmina Shiraz 2009, 14.5% (£19) – the oldest Bin in the range (it was thought to have made its debut in 1960 but recently a bottle of 1959 was unearthed in the cellar). A warm-climate Shiraz showcase, this one is much less convincing for me than the Coonawarra version, or the Marananga. Lush, chocolatey, spicy. But just a bit too expansive to be easily drinkable. A bit like the wine equivalent of Bungle off Rainbow. 6.5-6/10

Penfolds Bin 23 Pinot Noir 2011, Adelaide Hills, 14.5% (£25) – the third release of this wine, sourced from up to 20 different sites across the Adelaide Hills. Again, not the easiest vintage and a slightly underwhelming wine. Baked cherry nose, almost veering into Grenache territory. Pleasant fluidity and latent spice. Nice persistence. But lacks real core, grip and compelling Pinot elegance. Nice, but not great. 6/10

Penfolds Bin 389 Cabernet Shiraz 1986, 12.8% – a fascinating wine, which harks back to old-school Australian era, but fading a bit now. Lovely scent (which fades quite fast), lifted and fresh, with notes of green pepper and dried plums. Wood smoke too, malty hints. The palate is a bit lean now, refreshing but lacking conviction and grip. Not dead, but needs drinking up. 68% Cabernet, 32% Shiraz, matured 12 months in American oak. Don Ditter’s last vintage. 8-7.5/10 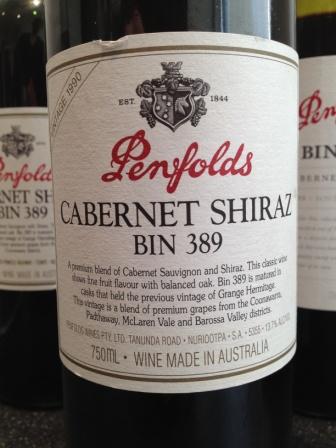 Penfolds Bin 389 Cabernet Shiraz 1990, 13.7% – my favourite of this line-up, a wine which, incidentally, had been re-corked in December 2005 (so thus topped up with 20cl of the 2002 vintage). This may have accounted for the fairly deep hue and punchy nose. Really complex: malty, dried fruit aromas. On the palate, viscous and layered but very elegant too. Savoury in age. Lovely density and core intensity, great bridled power and spice. Delicious. Perhaps marks a good half-way house in the evolution of Aussie reds, where concentration was the norm not the exception, but alcohols hadn’t crept too far up? Also a great vintage. 8.5-9/10

Penfolds Bin 389 Cabernet Shiraz 1996 – still young! Firm, structured and spicy. Perhaps a little hot on the finish for me, it could be 0.5-1% lower and be far more fabulously drinkable for it. Great density and finesse though. Youthful creamy, cassis aromas, with tobacco and dark chocolate hints. Needs time to soften. Seems quite marked by Cabernet, even though it’s only 51% of the blend. This wine was sourced mainly from McLaren Vale and Coonawarra. 8/10

Penfolds Bin 389 Cabernet Shiraz 2008, 14.5% – actually tasted a few days before this event but worth slipping in here. Teasingly reticent, with hints of dark choc, warm earth and mint. Inky. On the palate it’s very impressive, full of purpose and structure, with a real sense of class. Smooth textured, layered, lovely focus. Very young but elegant. Sunny, spicy, pure, generous. Give it time. 7.5-8/10