It’s no understatement to say that Château Lafite Rothschild is one of the iconic wines of the modern era.

This Bordeaux First Growth has led the charge of fine wine into Asian markets, its price buoyed as a result – so much so that the recent 2010 vintage was released at around £12,000 per case before tax. And that’s for a wine still in barrel.

There are signs that the Asian demand for Lafite may be slowing, as buyers start to look elsewhere in Bordeaux and at other regions like Burgundy. But this undoubtedly remains one of the benchmark global wine producers, its product a highly prized commodity, perhaps more often found in the auction room catalogue and investment porftolio as on the dinner table of wine lovers these days.

So it was exciting to be able to go and taste vintages of Lafite going back over 20 years recently in London. The event was led by estate director Charles Chevallier and offered an intriguing chance to get to know this exclusive wine better.

By way of summary, I’d describe Lafite as something of an ice maiden. It has an innate austerity to it – almost an inscrutable, unknowable nature. Haughty perhaps. Difficult to love – the image of a Victorian father springs to mind. But also strangely compelling and undoubtedly magnificent. 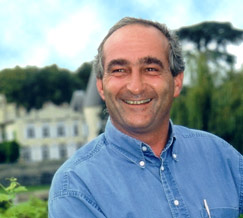 It has a refinement and savoury appeal that’s compelling. A certain quirky mossiness too. But I found it only really comes together in certain vintages. For me, the 2003, 1999 and 1989 were the somewhat surprise stand-outs of the flight (I’d have expected more of the highly priced 2000 and 1990, as well as the frankly disappointing 1988, for example).

It would have been very interesting to try the more recent vintages – 2005, 2009 and 2010 – but Chevallier described them as far too young to taste.

Chevallier made an interesting comment about alcohol and drinkability of wines. While the alcohol levels of these wines weren’t given, he noted that, ‘12.5-12.8% [alcohol] is a good balance for Pauillac. It’s a question of balance when picking, not going for over-ripeness, trying to find the balance of acidity and ripeness. Then not extracting too much – if you do that, the wine is undrinkable. Wine is made to be drunk, not tasted in a competition.’

This tallied with the overall style and feel of the wine. No puppy fat or gobs of jammy fruit here: this was refined, structured wine, enigmatic more than it was accessible. You got the feeling it needed to be opened after 20 years and drunk with a nice piece of lamb, without reverence, but with quiet dedication and attention.

Which is something of an irony given its status as an iconic collector’s trophy. Perhaps in this context Lafite can be viewed as the eye of the storm: the calm centre of a raging hurricane of ambitious collectors.

Lafite replants around 1% of its 110-hectare vineyard per year. ‘Vines are like people,’ observed Chevallier. ‘Until its twelfth year, it’s all energy but no education. Maturity comes between 12 and 16 years. Then things are good until the vine reaches 50 or 60 years old.’

This should make both for sobering and exciting reading for many wine producers in the New World. (Take Chile, half of whose national vineyard is under 15 years old.)

Regarding fruit selection at harvest time, Chevallier said: ‘Sometimes you can do too much. If you’re too precise in your selection, the wine can be too regular, so you lose the true expression of the varieties and site.’

As of the 2011 vintage, in addition to its stainless steel and wood, Lafite now has some brand new ‘troncubique’ concrete vats, mainly for Merlot, ‘to help find its real top quality,’ according to Chevallier. He commented that he preferred wood and concrete to stainless steel – not for any scientific reason, but as ‘a feeling’.

Finally, the 2009 vintage of Lafite, which is currently being shipped, will be the first to sport the Proof Tag anti-counterfeit validation system. Fake wine is a serious issue for the fine wine trade, even if some prefer not to discuss or address it, so it’s good to see a producer like Lafite taking this seriously.

Carruades de Lafite 2006 – a proper second wine: promises lots on the nose but pretty average on the palate. Doesn’t have much to it – fluid, fine-textured and savoury, but lacks real concentration and density on the finish. Lovely aromas of gravelly dark fruit and graphite, with earthy undertones though. The problem with this wine is the way the price has rocketed following the Asian infatuation with Lafite in the last five years: at £10-20 it would be fine, but not nearer £100. It’s very nice claret but nothing more. Graceful but not profound. 6.5/10  (Blurb: ‘A cold, wet winter led to a fine spring and nice summer with good ripening. August was colder but luckily September was nice and sunny apart from a stormy period later on, which sped up the harvests, which took place in September through to October.’ 48% Merlot, 48% Cabernet Sauvignon, 2.5% Cabernet Franc, 1.5% Petit Verdot)

Château Duhart-Milon 2006 – one of the group’s other Bordeaux properties (which include L’Evangile and Rieussec). The vineyard is next to Lafite’s. Though the property enjoys a solid reputation after recent improvements in quality, and the wines were well received at the tasting, I wasn’t won over. For me the comparison between this and Lafite shows the difference a truly great terroir makes. While perfectly pleasant claret, with toasty, savoury flavours and fine firm tannin, it lacks profundity or real concentration. Elegant and well made, but not a great wine, nor a great vintage. Charles Chevallier says it will age for up to 20 years; I don’t see it. 7-6.5/10  (70% Cabernet Sauvignon, 30% Merlot)

Château Duhart-Milon 2003 – the 2003 vintage is a highly variable one: hot dry weather meant many vines shut down or went into overdrive, meaning wines with uncomfortably high alcohols and green flavours/textures. But, in similar fashion to the Lafite, this is a successful wine in that context. Yes it’s a bit hot and spicy round the edges but it’s fluid, succulent and smoky. Quite austere and not hugely fresh but it’s good and can age yet. 7/10  (73% Cabernet Sauvignon, 27% Merlot)

Château Lafite Rothschild 2003, 13.2% – as with the Duhart-Milon 2003 above, this wine is more impressive than the vintage might suggest. Charles Chevallier says the best vineyards really came into their own in this vintage, with deep roots in gravel ensuring the vines didn’t shut down in the heat. They also fermented at lower temperatures than normal to avoid extracting too much green tannin. It’s sleek and utterly refined. Maybe a little plump on the finish but it has great cogency, with a textbook gravelly, fine textured, savoury palate profile. Still young and creamy but also smoky, herbal and lovely. Maybe not the most complex or ageworthy of vintages but a very fine wine. And, at around £450-500 per bottle (compared to the 2000 vintage at £1,000-1,300), this looks good value in the context. (9)-8.5/10  (Blurb: Spectacular heat wave (temperatures over 40 degrees C) came suddenly in August and lasted for two weeks. It made this vintage a memorable one. Very low rainfall throughout the growth cycle, but the soil remained relatively cool and luckily did not suffer from a lack of water. 86% Cabernet Sauvignon, 9% Merlot, 3% Cabernet Franc, 2% Petit Verdot.)

Château Lafite Rothschild 2000, 12.8% – along with the 2000 Mouton, tasted recently, this is another slight disappointment from this lauded vintage. Perhaps it’s an awkward phase for the wines? John Salvi MW quoted Bonham’s pricing for this wine at around £1,000-1,300 per bottle. And the quality doesn’t in any way justify that price differential. It’s hard to love. Interesting aromas: grassy, roasted green pepper with gravelly hints. Some bacon fat and youthful creaminess. Coy. Not very giving. Firm, austere palate structure – typically fine, savoury and graceful, but is very sturdy and upright in constitution, lacking the succulence necessary to flesh it out. Perhaps this will come with time. But, at the moment, the 2003 is showing better. 8.5/10  (Blurb: High temperatures and normal rainfall this year. Sumer ended on a fine note with hot and dry weather in August and September. This gave very ripe grapes. Ripening developed slowly yet surely; harvest started on 21st September. 93% Cabernet Sauvignon, 7% Merlot.)

Château Lafite Rothschild 1999 – along with the 1989, this was one of the wines of the tasting. Very fine, layered and harmonious – with a winning succulence the 2000 seems to lack at the moment. Sinewy, subtle and with typical hints of warm mossy earth. Real nobility here together with a beguiling serenity. A bit distant and austere, like a Victorian father. Gravelly, savoury, elegant and young. Seems to have great ageing potential. Emerges slowly, discreetly in the glass. A real sleeper hit – like the 2003, valued at around £400-450 per bottle, apparently in 2003 it was selling for £950 per case. I know which of these wines I’d choose as a wine drinker. 8.5-9/10  (Blurb: Mild spring, early flowering. From July to mid-August, humid days with partly sunny skies made us concerned about rot and botrytis. Fortunately the weather was scorching hot from 15th August until the end of the harvest. These harvests were conducted with record speed in rainy weather. 74% Cabernet Sauvignon, 18.5% Merlot, 6% Cabernet Franc, 1.5% Petit Verdot.)

Château Lafite Rothschild 1990 – the first of a celebrated trio of vintages. Chevallier described it as opulent but it actually came across as quite austere as well as sleek, refreshing and gently gravelly. Still seems young! Scented, with notes of grass and green pepper (not dissimilar to the 2000). Savoury, elegant but lacking a bit of core focus and harmony. A tiny bit hot on the finish. Good but hard to love. An ice queen of a wine. (Valued at £360-420 per bottle, Bonham’s.) 8.5/10  (Blurb: Cold April but a hot, wet May provoked a ferocious flowering. Veraison was slow due to the irregularity of the weather. The harvest took place in excellent climatic conditions. The yield was abundant and of outstanding quality. 57% Cabernet Sauvignon, 30% Merlot, 13% Cabernet Franc.)

Château Lafite Rothschild 1989 – this was the moment it all came together in a beautiful, profound, velvety wine. It’s not the most expressive aromatically, with reticent hints of sous-bois, dark fruit, graphite and tobacco emerging slowly. A bit murky and funky, to be honest. Mossy. But the palate is sensational: such harmony, succulent, savoury intricacy. It’s drinking beautifully: still at the elegant, savoury end of the spectrum but it has the flesh that some other vintages seem to disdain. Lovely classic mature claret. Very good indeed. 9-9.5/10  (Blurb: ‘no winemaker recalls such an early harvest since 1893. Starting at the end of August, the grapes were ripe and extraordinarily sweet. While early maturity does not always lead to fine wines, we still believed strongly in the excellence of this vintage. 67% Cabernet Sauvignon, 33% Merlot.)

Château Lafite Rothschild 1988 – the most disappointing wine of the flight. Austere, lean and awkward compared to all the other wines. It’s not exactly out of balance but it pales in comparison with the 1989 and 1990, lacking layers, complexity and completeness by comparison. Minty. A fine wine but certainly not one worth a very high price. Just a bit green in an old-fashioned way. Not very successful. 7.5/10  (Blurb: ‘Oidium hit in June but summer and September were warm and dry giving perfectly ripe grapes.’ 72% Cabernet Sauvignon, 28% Merlot)

Château Rieussec 2001 – lovely pure aromatics but somewhat disappointing in its flavour profile. Clear, clean nose that rings like a bell. Honeyed peach and barley sugar. The initial impression is of a rich, fluid and viscous structure – but it comes up a bit doughy and stodgy. I’d like a bit more acidity at the core of this wine. Is this the vintage? Perhaps. I like the directness but not the structure. Classic but not one of my favourites. 7.5-7/10  (Blurb: Indian summer, light rain, strong wind gave an ‘exceptional’ vintage with consistent botrytis on very ripe grapes.’ 96.5% Semillon, 3.5% Sauvignon Blanc)