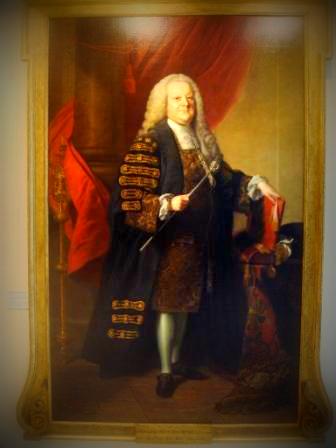 It happens every year.

Just before the Chancellor’s annual spring budget, the sabres are rattled. The same old ones, beating out a familiar rusty rhythm, skewing what could and should be a responsible debate about a very important issue in society.

That issue is alcohol consumption and its effect on human health. (I wrote about this last year and also following a Royal College of Physicians conference when alcohol was termed ‘a corporate-borne disease’.)

The news, in short, is that a coalition of medical organisations, including the aggressive Alcohol Health Alliance lobby group, has released a report urging the government to fast-track minimum pricing (of 50p rather than the nominal 45p per unit) and to take other measures to reduce problem drinking, including:

I’m not a scientist, or a GP, and clearly I’m not disinterested because booze is my day job. But I can see both sides of this debate.

Alcohol abuse is a terrible thing. It destroys lives. It can be a terrible burden to society.

And yet we need to see things in context, and have a responsible debate rather than slinging mud.

So let’s start with the facts. Alcohol is estimated to cost the NHS anywhere between £2.5bn and £4bn per year. That’s a big figure, and a concerning one. (But it hasn’t gone unchallenged – for example the Wilson Drinks Report recently called into question how A&E units were accounting for ‘alcohol-related intake’, positing that these figures may well be over-estimated.)

Let’s also put things into some context. Obesity is estimated to cost the NHS around £5bn per year, with a wider cost to the economy of £16bn.

Stress is thought to cost the UK economy some £26bn per year. 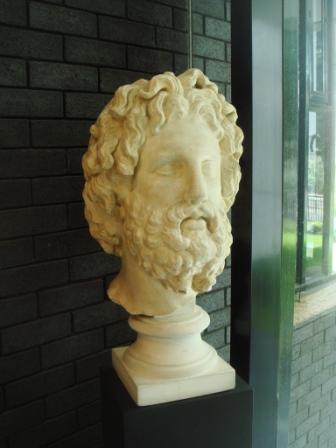 And, while the health lobby is active trying to reduce obesity, their campaigns don’t seem to be as virulent as against alcohol. Nor are they particularly targeted at the budget. We don’t see them campaigning against pies every March. Nor are they up in arms about excessive working hours, or other pressures on people who suffer from stress in the UK.

In fact, you could argue that alcohol helps relieve stress, and thus helps mitigate that problem.

Beer alone is calculated to contribute £5.5bn ever year to the chancellor’s coffers, with spending on alcohol bringing in £14.6bn to UK tax revenues.

Although these figures are instructive, however, it’s not just about the economics.

It’s simple, really. Drinking too much alcohol is a bad thing. Drinking moderately, by contrast, has been shown to have health benefits. Instead of lurching into a nanny state, let’s allow people to make their own, informed decisions through education and responsible regulation.

Because let’s make no mistake: alcohol is a drug, and a potent one. It needs control: minimum age limits, strict anti-drink-driving legislation and enforcement etc.

But let’s take a look at those measures being proposed again.

–         Huge health warnings on alcohol labels? It’s ludicrously over-the-top and would have a very negative impact on alcohol sales, damaging the economy here and globally, and putting off people who would normally enjoy alcohol responsibly. Let’s educate people – in schools, in communities, in families – about the dangers of alcohol so they know this before they get anywhere near the booze aisles.

–         Minimum pricing? There is something in the argument that banning dirt cheap booze is a good thing – no one likes to see super-strength cider at rock bottom prices on the shelves. But it may well be illegal under EU anti-competition laws. More importantly, it may well be largely ineffective. Finally, it will be almost impossible to police, and very costly to enforce.

–         Banning alcohol advertising and sponsorship? I’m not hugely against this. It’s not great that young people are familiar with alcohol brands as a result of watching sport. But it does risk having unintended consequences and pushing alcohol companies into a marginalised position, which might risk adding to the glamour of alcohol abuse.

–         Forcing shops to sell alcohol only at certain times and in certain areas? Totally counter-productive. It won’t stop alcohol abuse. If people want to buy it and abuse it, they’ll get round this. I also think that taking more enlightened approaches to selling may actually encourage more responsible drinking: eg selling wine near appropriate foods, to promote it as a drink to have in moderation with food.

–         Hiking the price of high-alcohol wines? The port, sherry and madeira industries are fighting for survival at the moment in the UK market; this would be the nail in their coffin. These are historic wines with strong links to the UK and constitute some very fine wines indeed. 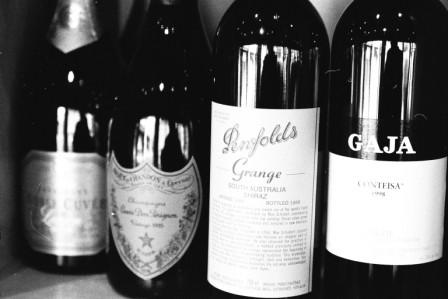 The UK is already one of the most heavily regulated and highly taxed alcohol markets in the world. Tax on a bottle of still wine has risen nearly 50% since 2008 (compared to 15% rise in the 8 years prior to this) and now accounts for £2.28 before any liquid is taken into account.

This means that on a sub-£5, pretty much half of the value of the bottle goes straight to the chancellor, before any other costs and margins are taken into account. As a result, the amount spent on the actual wine is very little (about 50p, probably).

What’s more, alcohol consumption is actually in long-term decline in the UK market. At the same time, wine ranges are slowly being eroded as producers look to other markets as being less heavily regulated and more open-minded. The end result could involve tumble-weed and an identikit range of rubbish but pricey booze.

I do believe that scientists and the healthy lobby believe they are acting in the best interests of British society. But I also believe that they are misguided in their aims and overly aggressive in their methods. Let’s have proper debate (year-round and not just pre-budget). Let’s do more research if it’s needed. Let’s work together to sort this out: the alcohol industry, the science lobby, the government and the public.

And above all, let’s not forget the joy that alcohol, when enjoyed in civilised moderation, can bring to people. Not to mention the health benefits. It’s impossible to put a value on the former, which means its importance is often downplayed in public debate. But neither should be forgotten.

Of course the ultimate result of all of this won’t be concrete action with a long-term vision to helping people enjoy alcohol responsibly. It will be yet another hike on booze duty, which keeps the anti-alcohol lobby subdued (at least until the next budget), the alcohol industry powerless to respond and, most sadly of all, penalises people who just want to enjoy a nice relaxing drink of decent booze at the end of a hard day’s work (for which they’re also being taxed).

It all leaves a rather bitter taste in the mouth.