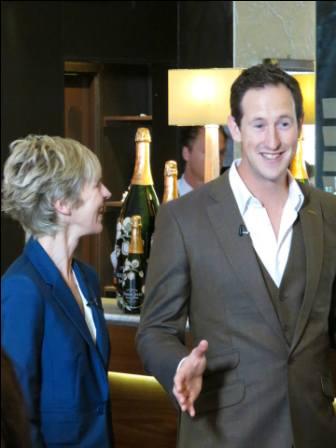 Nearly 10,000 people entered The Palate 2013 in a bid to win a coveted prize including a luxury trip to Australia and New Zealand together with £1,000 spending money.

The competition, organised by Oddbins with prizes courtesy of  Robert Oatley, Giesen Wine and Ehrmanns, aims to find the best amateur wine taster in the UK by putting entrants through a series of increasingly arduous (but usually pretty enjoyable) tests.

As last year, when the competition first launched, we hosted and judged the finals. We split the 11 finalists – who did brilliantly well just to get this far – and ran two bootcamps designed to help them prepare for the tests to come. An initial food-and-wine challenge whittled them down to a final six, who then sat a blind tasting test to determine the winner.

The video below, produced by the fabulous people at Stepping Stone Media, gives a great feel of the day. Most importantly for us, everyone seemed to have a great time and come away enthused about the world of wine. We were seriously impressed by the general standard.

The winner was Chloe Dickson, 27, who works in the music industry, London born but raised in California, whose father kindled what was to become a ‘fascination’ with wine. 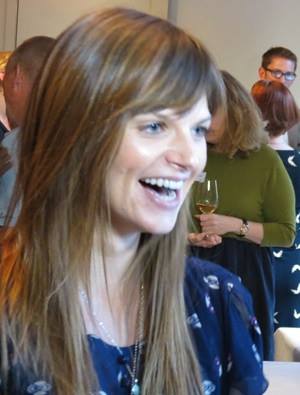 ‘I heard about The Palate and thought it would be fun to give it a go – at the least, it would be good dinner party banter’ she comments. ‘Winning The Palate 2013 has given me confidence in my tasting abilities and it’s reaffirmed that wine doesn’t have to be an elitist subject – it’s about passion and interest and anyone of any age and background should feel comfortable and confident with it. The Palate is a fantastic way of demystifying the subject and I hope it gains recognition for doing so.’

While joint runners up Janet Doherty and Tim Andrews each won £300 to spend in their local Oddbins, the winner also received a trophy, flowers and magnum of champagne, as well as the chance to select a wine for Oddbins’ shelves. Chloe chose a Portuguese red: the Manz Platónico from the Alentejo. She also mentioned she would now consider a career change (she writes a food & wine blog) and that her prize trip might well serve as a substitute honeymoon, since she recently married.

Thanks to Oddbins for the photos – you can also read more on their website.

Congratulations to everyone who took part in The Palate 2013 – and we have big plans for 2014, so watch this space.