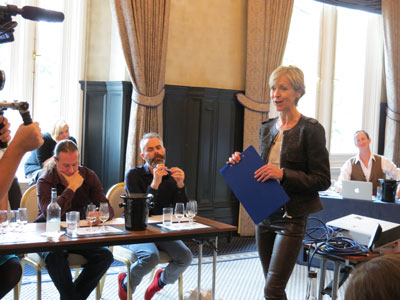 From more than 21,000 they became 16 finalists – and eventually one winner. That beats even NASA’s uptake ratio. Many congratulations Steve Saunders, AKA The Wine Rebel, proud (and very worthy) winner of The Palate 2014.

Susie and I have been hosting and judging this annual competition to find Britain’s best amateur wine talent, sponsored and run by free-spirited high-street chain Oddbins, since it began three years ago. Although the scale and intensity of the competition has evolved rapidly since then, we have been consistently impressed by the enthusiasm, knowledge and all-round brilliance of the contestants.

The most frequent comment we hear from those taking part is, ‘I can’t believe I’ve got this far.’ That’s why we love the competition – it celebrates and rewards the natural curiosity, interest and passion for wine that is undoubtedly out there. We find people consistently underestimate their aptitude for, and talent around wine.

If ever proof were needed that the stereotypical image of wine lovers as self-important snobs is no longer valid, here it is in this competition. Contestants come from all parts of the UK and all walks of life, united by one common theme: a healthy interest in what is now our nation’s favourite drink. 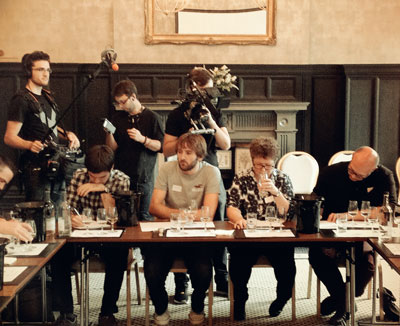 Can wine be competitive? You might not think so. That is, until you’ve seen these contestants in action. There is tension, pressure and intensity in spades. There may not be physical violence – the atmosphere is far too convivial for that – but the hunger to win is palpable and the feats this pushes people to are admirable. (It even, this year, pushed me into reciting poetry and Susie into bringing out some Spice Girls anthems, but those details are for another time…)

Perhaps it’s hardly surprising given the prizes on offer. This year, top prize was an engraved decanter, a magnum of Laurent Perrier champagne, the chance to select a wine for Oddbins’ list and a week for two to Australia. Second prize (well done Sue Bennet) was a magnum of Amarone and a weekend in the Veneto. Laura Martz and Robert Macaloney each won £300 to spend in their local Oddbins while Mark Walker walked away with a Level 3 Wine & Spirit Education Trust course.

But it did seem that the single most coveted prize was that of being crowned The Palate. Saunders was notable for his achievement in that he becomes the first male recipient of the prize (and, incidentally, the first of Peter’s mentees to triumph – Susie having taken that accolade for the previous two years with mentees Fran Evans and Chloe Dickson). This year, we were joined by Joe Wadsack, who mentored a bootcamp, and Sarah Ahmed, who both mentored and judged the final with us.

Thank you to everyone who took part in the competition, also to Oddbins and the team for running another fine contest. We look forward to even bigger and better things in 2015. In the meantime, here are a few photos of the day.