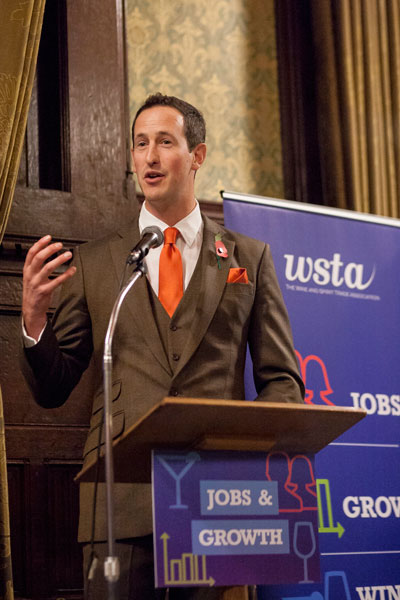 It was a a great privilege to compère the WSTA Parliamentary reception in Members’ Dining Room in the House of Commons this week.

The idea was to thank politicians from across the political spectrum for helping abolish the Alcohol Duty Escalator last year. (You can read a bit more about this here or via OLN/Drinks Business.) As you can see from the photos, I couldn’t help getting dressed up for the occasion.

Ministers Danny Alexander, Anne McGuire and Priti Patel all accepted awards, the latter on behalf of the Chancellor. All made very positive speeches, with Anne McGuire also revealing her top tip for a fun Saturday morning involved a bed, an iPad and James Martin (on Saturday Kitchen, naturally…)

I also presented awards on behalf of the WSTA to Michael Saunders of Bibendum, who had just announced one of the biggest mergers in recent wine trade history as his company took on PLB, Dennis O’Flynn of Pernod Ricard and outgoing WSTA board chair Nick Hyde.

Alcohol legislation is a tricky and divisive issue. On the one hand, alcohol can be dangerous so regulation is both necessary and right. Yet if the legislation is too heavy handed (think Prohibition, or certain Scandinavian monopolies) it will inevitably fail. There’s a balance to be struck. Many people (and I) feel that the substantial tax hikes of recent years have tipped the balance too far, penalising responsible drinkers unfairly, damaging British business, jobs and the economy, hindering the development of great homegrown products, encouraging illicit smuggling and penalising our local pubs, which increasingly rely on food plus wine and spirits, rather than the traditional beer & cider base, to stay afloat. 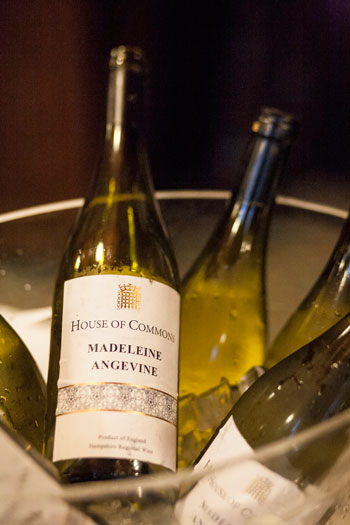 Alcohol and its abuse is estimated to cost the NHS anywhere between £2bn and £9bn. There’s no doubt it has the potential to blight lives and comes with a cost to society. Yet total alcohol consumption per capita in the UK has been in decline for the last decade (down over 18% since 2004). It’s also impossible to quantify the life-affirming joy that a glass of something moderately intoxicating can bring, or the profoundly civilising social cohesion it stimulates, or the way it makes a good meal great.

Finally, it’s a sobering fact that UK consumers pay almost 40% of all alcohol duty paid by consumers across the EU. We shell out nearly €12.5 bn: more than France, Germany, Spain, Italy and Poland combined. In terms of wine, UK consumers stump up almost 67% of the total amount of all duty paid on wine in the EU. Some 56% of the average priced bottle of wine in this country is tax (77% for spirits). Yet the wine and spirit industry supports over £40 bn of economic activity and nearly half a million jobs, and contributes some £14.5 bn to public finances (£10.45 bn in duty alone).

There’s a danger in all of this that, with an increasingly consolidated and heavily taxed market, that producers will simply turn their backs on the UK and sell their wine elsewhere. This risks undermining the UK as the historic centre of the world’s wine trade, and one of the best places in the world to enjoy wine. That would be a very sad outcome indeed. It’s cause for reflection, at the very least.