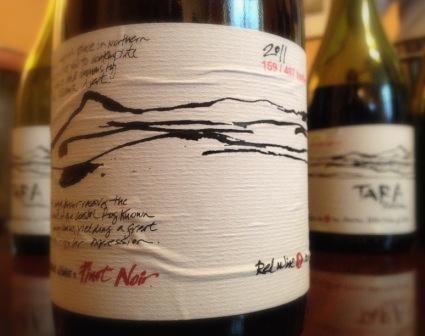 Chile is on fire. And not just metaphorically speaking.

Forest fires, always a risk in high summer, are proving a particular problem at the moment. Local sources are reporting air quality in the capital Santiago as being worse than that of Beijing, while even the rats are fleeing the flames, in doing so prompting health officials to issue alerts about potential disease risk.

While hoping that smoke taint doesn’t affect the 2014 vintage or (worse) that any vineyards are caught up in the conflagration, here’s an attempt to shift the focus with a brief take on a slightly less incendiary topic.

Ventisquero is a relatively big Chilean winery owned by agro-industrial group Agrosuper. They’ve been making steady wines for a while, doing some interesting things with Australian superstar winemaker John Duval, but – to be brutally honest – many of the wines just haven’t really been to my taste. Too big, too bold, too often lacking real character, edge and food-friendly appeal.

So it was instructive to meet up with head winemaker Felipe Tosso recently to taste through not only some very promising wines from what might be termed Ventisquero’s mainstream portfolio but also bottles from the Tara line, made off the viticultural charts in the northern wastelands of Huasco on the southern fringes of the Atacama Desert.

Tara is injecting much-needed excitement and edgy appeal into the Ventisquero offering. It’s a vindication of the appeal I make in my Chile Wine Brief for winery owners to allow their talented winemakers a bit of freedom to push back viticultural boundaries and make ground-breaking, small production lots. As Tosso says, ‘These are wines we like to make and help us think differently, which is good’. They act like beacons to attract the interest of wine drinkers around the world, as well as other winemakers. Apparently Tosso gets regular calls from other senior Chilean oenologists asking him how he makes these wines.

It hasn’t all been plain sailing, though. The first vines planted in Huasco died unceremoniously. The problem is salinity in the soil, which continues to be an ongoing issue for vine health and longevity. No matter – Sauvignon Blanc is working well, and Chardonnay, Pinot Noir and Syrah are all showing promise too in this bright but relatively cool area not far from the icy Pacific in limestone-encrusted soils. Ventisquero are now working with 4.5 hectares (ha) but have planted eight ha more. The wines are only sold in restaurants and, while perhaps not the most mainstream of styles, they do show an appealing, alternative side to Chilean wine that is very valuable. 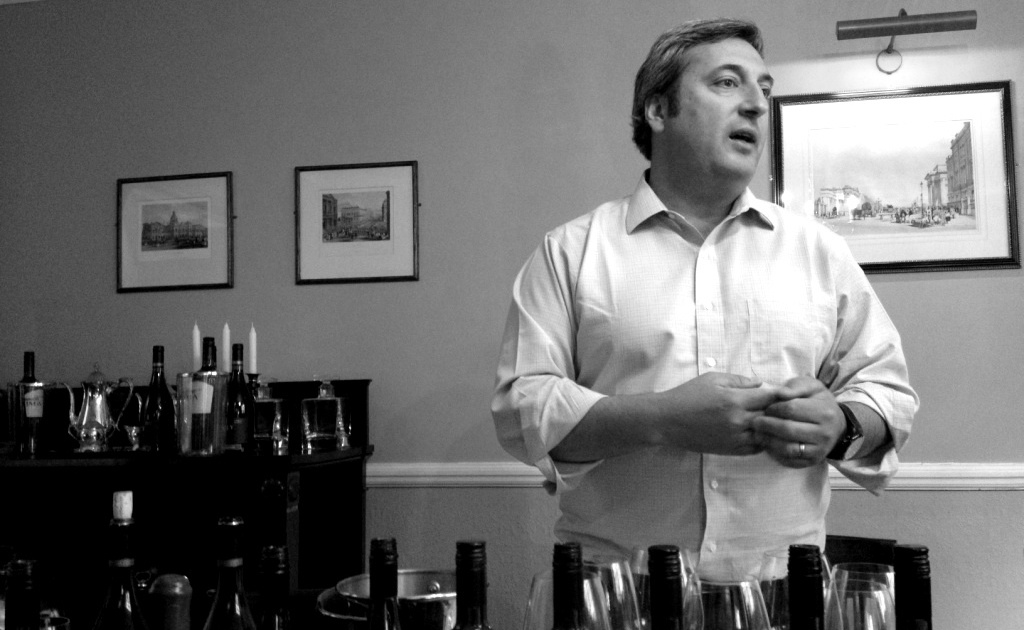 Tasting notes are as below. As a postscript, we also tried other wines from the Ventisquero portfolio, including its very promising new Leyda Pinot Noir, a lovely Mediterranean blend from Apalta, and a really impressive new Cabernet blend from Pirque in eastern Maipo called Enclave.

If I could single out one particular change that Tosso has made to his winemaking that has benefitted the wines, it is having the courage to harvest his fruit earlier than before. ‘I always thought raisins were the fault of the viticultural managers,’ admits Tosso, while describing how his team were the first to harvest the Cabernet grapes in Pirque for the Enclave 2011. ‘But now I realise it’s just the vines telling us to pick earlier. We don’t need sorting tables [to pick out over-ripe grapes]. We just need to harvest earlier.’

Tara White Wine 1 2012, Atacama, 13% (7/10, PR, 19 Nov 2013) – Still as characterful, fresh, edgy and inviting as when I first tasted the 2011. This is artisan wine – grown in uncharted viticultural territory, food trodden, made in stainless steel barrels, with minimal sulphur and bottled unfined and unfiltered. It has a hazy straw hue. Lovely cidery orchard fruit aromas with a touch of ginger. A bit raw but also nice with that touch of Viognier perfume (it has 4% Viognier). Hint of goat’s cheese too – fun! Inviting. Textured, fleshy but also with a lovely appley acidity underneath. Would like to see it age a bit, and it’s a bit rustic on the finish. But it has nice resonance and balance, foodie. 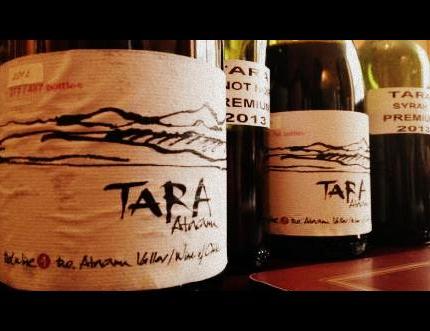 Tara White Wine 1 2013, Atacama, 12.8% (7/10, PR, 19 Nov 2013) – While the 2012 wine was a blend of vineyards, this is sourced entirely from the newer vineyard nearer the coast, just its second crop, and no Viognier was included. As a result, it’s a leaner style, perhaps more challenging, but I love the power and focus here. There’s a lovely, slightly reductive aroma to it, savoury, that is more appealing than the 2012. Also apricot, peach, apple, pear fruit. My only criticism is that it could be more complete on finish, being a bit austere, so I’d almost prefer a blend of 2012’s plumpness and 2013’s focus. A work in progress, but with bags of potential.

Tara Red Wine 1 2012, Atacama, 12.9% (7-7.5/10, PR, 19 Nov 2013) – a wine not without rough edges but which definitely hints at that savoury, grippy X-factor that has eluded too many Chilean Pinots in the past. Pale in hue (though darker than the 2013) it has lovely smoky savoury sous-bois aromas with hints of leaf and stalk. Grippy, edgy palate, a bit broad and underwhelming on the finish (I’d like more focus here) but it’s foodie and very appealing. Great potential here.

Tara Red Wine 1 2013, Atacama, 12.7% (7/10, PR, 19 Nov 2013) – still very young to discern properly. There’s a jamminess that I’m not keen on but what is exciting is the lovely tannic architecture, energy and lively red fruit. It’s fresh, juicy, spicy. An encouraging work in progress. 2012 was the cooler vintage, 2013 had a shorter maturation in a warmer season, but had less extraction, hence the elegant tannin.

Tara Red Wine 2 2013, Atacama, 12.7% (7.5/10, PR, 19 Nov 2013) – a serendipitous wine: just under a third of these grapes were harvested early by mistake, along with the Pinot (the workers didn’t stop on their way down the vine row). But…the results are delightful. This is pure Syrah (the 2012 version of this wine had a third Merlot) but it is lively, leafy, peppery and pure. Lovely focus and elegance. Juicy, savoury, with celery notes. Very sexy wine. Winemaker Felipe Tosso comments, ‘I think Chile in general is leaving the fruit on the vine too long – I’m going shorter.’ Bravo. Just hope they can repeat this. 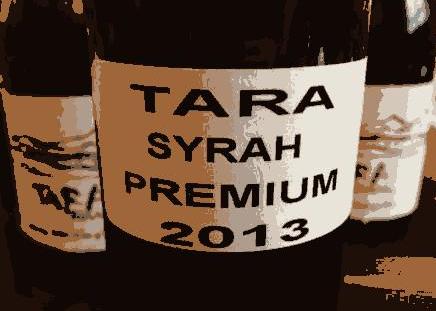 Enclave 2011, Pirque, 13.7% (7.5+/10, PR, 19 Nov 2013) – the mark is an approximate one, this wine only being released now and still showing very young. But it has great potential and I can’t wait to see how it develops in bottle. Pirque is fast becoming one of the real hot spots for Cab in Chile as winemakers use the altitude to prioritise freshness and structure over syrupy ripeness. Undurraga and William Fèvre are both doing excellent work in this area (some of this fruit is actually sourced from Fèvre). This blend of 87% Cabernet Sauvignon 5% Petit Verdot, 5% Carmenere and 3% Cabernet Franc has an initial glossiness but the grippy tannins dispel any notion of banality. Focused, and tight, it needs a few years to come into its own yet. Tense. Understated. Really well made. The nominal price for this wine will be £40-50, making it the most expensive wine Ventisquero make. But it’s definitely up there on quality terms with the best in its range, on current form.

Ventisquero Grey GCM 2013, Apalta, 14.3% (6.5-7/10, PR, 19 Nov 2013) – the warm Colchagua area, and Apalta in particular, are far better suited to Mediterranean than Bordelais varieties. This succulent, spicy, vibrant red amply demonstrates the point. It’s a blend of 50% Garnacha, 25% Carignan and 25% Mataro (Mourvedre). A nod to a southern Rhone style, it’s soft-textured, broad and gently spicy. Not super ambitious but nicely understated, to be sold around the £12 mark.

Ventisquero Grey Pinot Noir 2011, Leyda, 13.5% (8/10, PR, 19 Nov 2013) – At a recent Decanter magazine panel tasting, we gave this a gold medal, so it’s great to see the wine continuing its excellent form. Amazingly, these vines were only planted in 2009; 2011 was the first vintage. The site is around six kilometres from the coast. The wine is sappy, grippy, energetic and very persistent. Tangy, pure, savoury and super exciting. The 2012 isn’t as exciting, being slightly fatter and more full on. I love the insistent simplicity and purity of this wine.