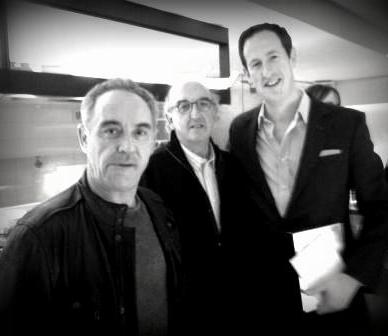 Barcelona is one of our favourite cities in the world. The urban hotpot of architectural ambition, bustling sociability, decent weather and creative buzz is hard to resist. That, and the fact it’s a gastronomic oasis.

I was over for one of the most intense wine brainstorming sessions I’ve ever had – both intellectually invigorating and mentally bruising. More on that another time.

It was a delight – and challenge – to have the privilege of dining with Ferran Adrià. Although this über-chef and genial intellectual agitator closed the doors to his elBulli restaurant in 2011, he continues to defy gastronomic convention and fly the flag for creative cooking, as he terms it. We had an intense discussion about his new project, Bullipedia, an attempt to deconstruct and re-evaluate everything we think we know about food and drink (his starting point being that, when you go into detail, we really don’t understand these subjects properly at all, and too much reliance is placed on custom or tradition rather than proper analysis and invention).

‘Old people will hate it; young people will love it – it’s for future generations,’ beamed Adrià. The man has a careering mind which fuses both intense attention to detail with staggering creativity and fresh thinking. He has many projects on the go as part of his elBulli Foundation. It will be fascinating watching how these evolve.

We were lucky enough to eat in some superlative restaurants during our stay. 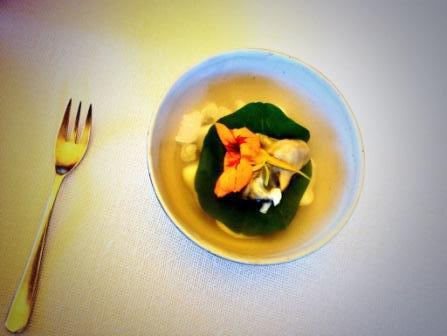 Oyster taco with nasturtium at Bravo

Moo at the Hotel Omm sounds almost Buddhist but was anything but: sensationally tasty grub served with brilliantly conceived wine matches. Hare royal with Navazos Bota Punta 28 Oloroso was positive carnal in its pleasure quotient. Deconstructed liquid tortilla with pork tidbits served with Can Rafols dels Caus La Calma Chenin Blanc 1999 (in magnum) was one of the quirkier pairings, but beautiful in its flavour harmony.

Viva Barcelona! Here are a few photos. I tried hard not to be a food tourist. And failed. 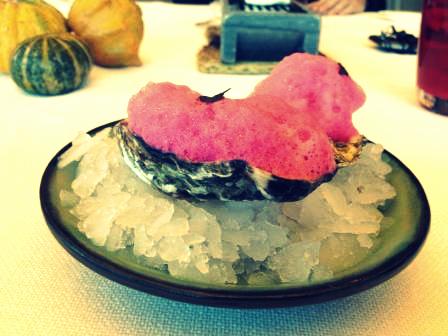 Oysters with beet foam at Bravo 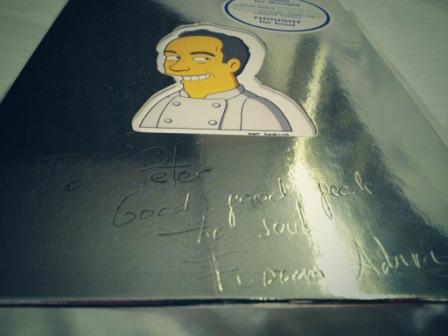 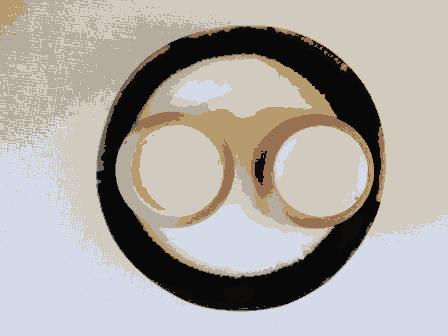 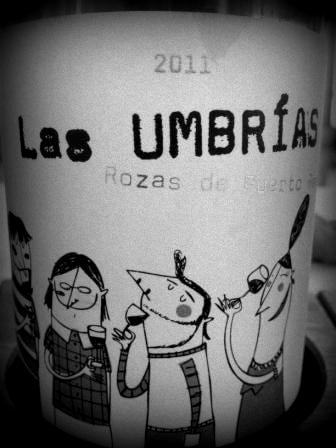 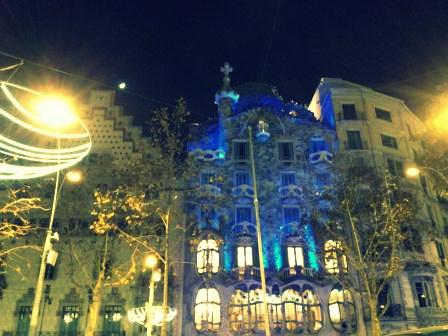 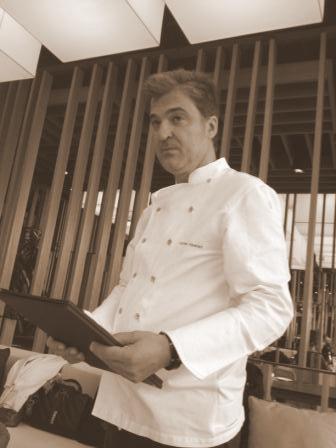 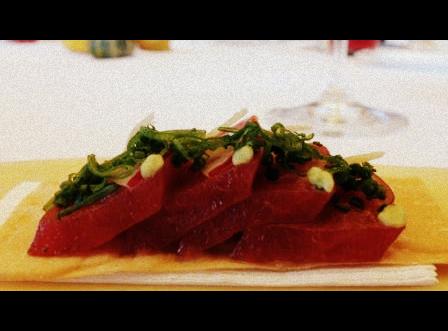