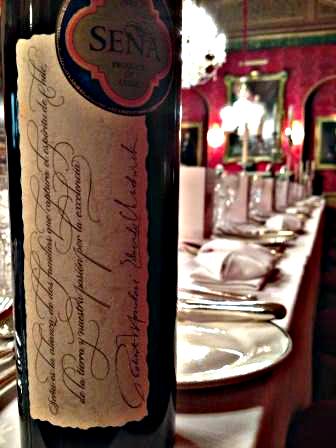 A brief note on an eye-opening wine-tasting dinner which I co-hosted last night at one of London’s oldest and most prestigious clubs in St James’s.

So exclusive is this particular private member’s club that royal male heirs assume automatic membership and, to this day, women are not allowed to be members…

I was invited by the Chilean ambassador, Tomas Muller Sproat, to organise a fun but gently informative tasting and talk that would infiltrate Chilean wines under the radar of one of the bastions of tradition and old world classicism, where no New World wine currently has a listing.

This sounded like a fun challenge so I decided to run a blind tasting, with Chilean wines pitted against classic Old World competition. Two wines were served with each course – whites, reds, sweet and fortified – one Chilean and one European in each. No one knew which was which. I then invited votes on which wine in each pair was preferred by the members – all 80-odd of them, packed into the stunning coffee room, this being a sell-out event.

I list the wines below but suffice it to say that the Chilean wines carried the day, clearly being the preferred option in three out of the four categories (all except the white, which was still a relatively split vote, but marginally in favour of the Macon).

In particular, members were surprised at the quality of the Chilean sweet and fortified. The latter in particular attracted comment – the first question aired by a member after the dinner was, ‘Chairman, can the club please buy as much of the Calyptra Fort as possible?’ 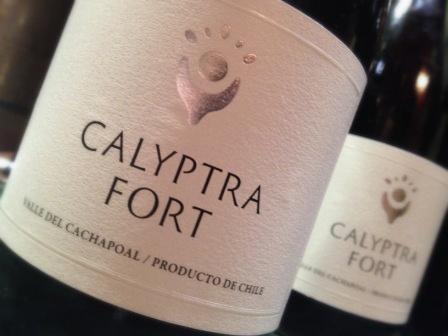 This was also an exciting wine for me to taste because, to my knowledge, Chile simply doesn’t make fortified wine. I tasted this delightful oddity with winemaker François Massoc at Calyptra in May – he made it as a whimsy to share with friends and family – but I was so taken with it that, when the ambassador challenged me to match a tawny port, I thought this would be the ideal option and François kindly agreed to bottle it just for this event. It’s a blend of Cabernet, Merlot and Shiraz, fortified and aged in barrel, and it was showing beautifully well. So a little piece of wine history in the making – more, please, François!

The Seña 2002, very generously donated from the personal cellar of Errázuriz president Eduardo Chadwick, was also received rapturously. (Though, to be fair to the Teyssier, it was still quite young.) The Chilean Chardonnay, in its clean, fresh, vital way, was more concentrated and impressive to my palate than the Macon, but then it is slightly more expensive too (at £12.99 versus £8.50). And the Riesling was showing beautifully tense in contrast to the lushness of the Rieussec.

We also showed the Valdivieso Blanc de Blancs Brut 2009 sparkling before the meal, which was received very well too.

My thanks to the ambassador, the fantastic serving team on the night and the wineries themselves for their help and support putting this evening together. As for whether this evening will result in any longer-term effects in the heart of the British establishment other than a bit of a sore head this morning – that remains to be seen.