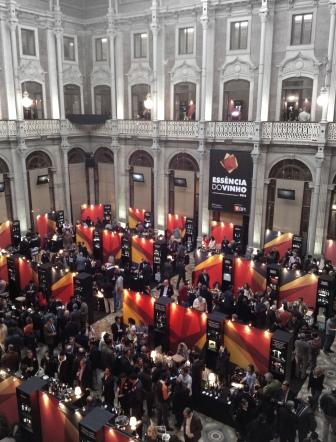 ‘I don’t really know Portugal,’ my taxi driver said blithely as we sped up the M3 on my way to the airport. ‘I always feel you need to do Spain first…’

Some may take the same view when the two country’s table wines are compared. Surely the likes of Rioja, Ribera, Tempranillo and Garnacha are always going to take precedence over Douro, Dão, Touriga Nacional and Trincadeira?

Perhaps. But a series of recent tastings and visits to Portugal, as well as in-depth chats with some of the leading wine buyers and trade suppliers, have convinced me that this occidental European nation can carve out – and maintain – a successful niche in the UK market.

I don’t think it will ever be any more than a niche. With very few exceptions, Portuguese wineries simply don’t have the economies of scale, power brands (be they appellations, varieties or producers) or commercial clout to challenge the big players in the UK like Australia, California and France.

Currently, Portugal’s share of the UK retail market – dominated by supermarkets – hovers around the 1% mark by volume and value (compare Australia’s 21%, or the USA’s 15%). But these, the most commonly cited of figures, are AC Nielsen and thus only cover the major retailers, leaving a swathe of data from small independent merchants and restaurants unheeded.

By contrast, import data from HMRC show surging sales of Portuguese wines in the UK of late. Get beyond the trite headlines and talk to most sommeliers, wine merchants and their suppliers, and they will say that Portugal is a healthy category.

Yes, it’s a tough sell, but the wines often come in at the right price (value in the £7-15 range from Portugal is outstanding in my, and many others’ view) usually make natural food matches and, once tried, tend to foster loyalty among their drinkers. So while the names of the grape varieties may be unpronounceable, the appellations byzantine, and the producers a mystery, the wines deliver. For both those who sell and drink wine.

So hand-selling might be important for Portugal – but even then, it doesn’t seem as essential as some claim. 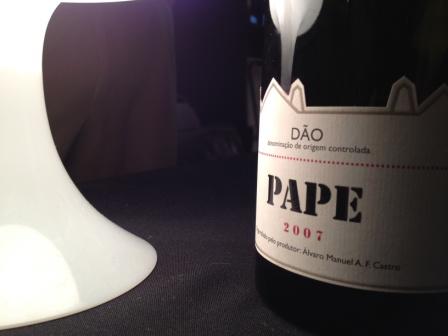 Talking to some of the major supermarkets, their version of hand sell (ie bottling under their own-label premium brands) can also lead to healthy sales. Asda’s Extra Special Dão, ‘more than washes its face,’ according to head buyer Philippa Carr MW, while Tesco’s Finest range now incorporates four Portuguese wines, including a Touriga Nacional, Douro red and Vinho Verde, which are also enjoying healthy sales, according to category manager Laura Jewell MW.

Portugal would also do well to look at what’s happened to Italy recently in this regard.

This county, with its anarchic, chaotic appellation system, profusion of native, unfamiliar grape varieties, and highly fragmented producer base (in most areas) has enjoyed surging sales in the UK of late. When you look closely at the data, this is largely driven by supermarket own-label brands and exclusive brands, many of them at the premium level, albeit leveraged by Pinot Grigio.

What this trend proves is that, with a lot of support and help from UK suppliers and retailers, even the most unfamiliar grapes, regions and producers can work in the UK. Italy looks set to overtake Australia shortly as the UK’s number one retail wine supplier, the result of meteoric growth on the back of this. While I don’t think the same will happen to Portugal, it just shows what can be done by working collaboratively and ambitiously in the UK.

Below are a few Portuguese wines I’d recommend, based on recent tastings in Portugal (mainly at the Essencia do Vinho wine fair) and London. Other related pieces I’ve written recently include Portugal’s Top 10, an interview with Dirk Niepoort, and What Food, What Portuguese Wine? 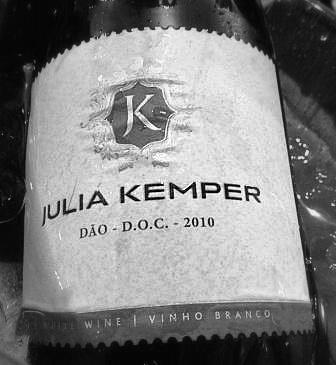 Julia Kemper Dão Branco 2010 (c£17.99, Alliance Wine) – this former lawyer with lustrous hair and a ready smile makes some fantastic wine. I tasted this (and her Touriga Nacional) at three different occasions in swift succession and was suitably impressed every time. It’s made from Encruzado and Malvasia Fina, with a touch of Verdelho, and has a lovely nutty, edgy, compelling character. Quite full but very elegant. Both Susie and I loved it. 8/10

Primus 2009, Dão – one of many wines in this line-up from the stable of Alvaro Castro, one of Portugal’s brightest and best winemakers. This subtle wine possesses an almost exponential power that creeps up on you before unleashing wave after wave of mineral, candied pear and blanched nut flavour. It’s made from old-vine Encruzado, Terrantez and Sercial at Quinta da Pellada in Dão. Beautiful. 8/10

Filipa Pato Nossa Calcario 2010, 12% (Clark Foyster) – lovely chalky subtle creamy nose. The palate is layered, elegant and persistent. Very good. Very deft handling of the oak, with the power coming from understated minerality rather than just fruit or oak. It’s made from a rare single-vineyard Bical, 30-year-old vines, in Ois do Bairro village which Filipa took control of in 2008. She found it because it was near her parents’ house and started buying the grapes in 2003. She’s also aiming to renovate an old winery there. This 2010 is better than the 2009 vintage (called Nossa Branco) as it has more length to it. 7.5-8/10 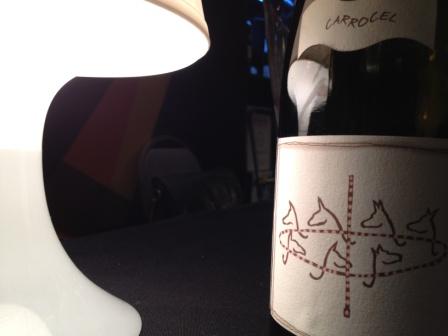 Quinta da Pellada Carrocel Dão 2008 – along with the Pape (see below) this wine is surely one of the truly great expressions of the Touriga Nacional grape variety. Alvaro Castro is an inspired winemaker with some great vineyards – and this wine is a homage to his art. A wonderful blend of power and resonance without any hard edges. Still needs to evolve (will drink comfortably for 20 more years) but its floral, dark cherry and incense complexity is compelling. Layered, focused, fine. Joyous. 8.5/10

Pape Dão 2007 – this pure Touriga Nacional from Alvaro Castro is a joy. This is a man who prizes Touriga Nacional but also abhors overly alcoholic, overdone wines. And it shows. This beautifully gamey, earthy, aromatic red is fluid, cogent and complex, without a hint of being overworked. Great nobility here. Savoury, black pepper streak runs through it. Not the biggest but incredibly focused, linear, savoury and just delicious. 8-8.5/10

Meandro do Vale Meão 2009, Douro, 14% – a historic property very high in the Douro Valley, just 20kms from Spain, the aim here is for elegance and freshness – and it shows. This red is brilliantly harmonious, floral red with juicy fruit and tangy fresh acidity. Twinkle-toed for a big wine with plenty of yeasty, herbal complexity. Foodie, seamless. 7.5-8/10

Quinta de Saes Dão Reserva 2008, Estágio Prolongado, 13% – a blend of Touriga Nacional, Alfrocheiro, Jaen and Tinta Roriz which spent 16 months in used oak. It hasn’t lost any aromatic power for it – full of vivid floral, cherry character – but it has a wonderfully fine and elegant texture together with fresh sappy acid and a lifted finish. Almost Burgundian. Great at this level (c. €12-15). 7.5+/10 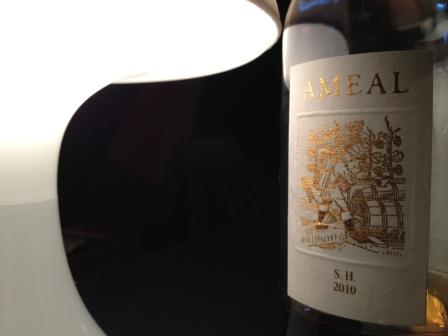 Chryseia 2009, Symington, Douro (Fells) – ripe heady character, with creamy hints. Seems young. On the palate it’s polished yet with a spicy wildness to it as well. Impressive. Quite a big style, modern in inclination, but also well grounded. Good. 7/10

Quinta de Saes Colheita 2008 Dão – a relatively simple blend of Touriga Nacional and Alfrocheiro, with a bit of Jaen and Tinta Roriz, this is a very successful modest wine, with lovely floral cherry character and crunchy, juicy flavours. Very well done at the price point, which is about €5-6. 6.5+/10

Ameal S.H. 2010, 9% – the ‘S.H.’ stands for ‘Special Harvest’ – the grapes were dried before being pressed and the result is a fragrant, decadent sweet wine that is delicious. Biscuity and grapey, with honeyed complexity and a lifted finish. Made from Loureiro in the Minho region, this sticky style is something of a rarity. But a delicious one nonetheless. 7.5/10