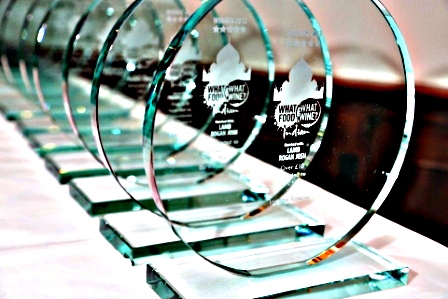 We recently hosted the trophy ceremony for our What Food What Wine 2012 awards in the delightfully festive (and tasteful) Mossiman’s private dining club in London.

A brief recap on the results can be found in the table below.

It was another great year, full of surprises as well as classic matches.

One of the headlines was the success of the Gallo Moscatos, which walked away with trophies for best matches with apple crumble and custard and strawberries and cream. To our minds, this was a great vindication of the blind judging policy – these are great value wines that make excellent matches for puddings, and they should be re-assessed as such.

It was great to see a nutty white (Viña Mar Chardonnay Reserva 2010, £8.95) triumph alongside a red (Hunter’s Pinot Noir 2010, £16.99) with the Christmas turkey – proof that those of us who enjoy a glass of rich white with the bird aren’t on the wrong track.

Good also to see a repeat of last year’s result with a white triumphing with mature cheddar – this time the Durbanville Hills Chardonnay 2010 (£8.12).

The fish and chips category was the most hotly contested, as per previous years, so it was great to see not two but four overall winners, including two Kiwi Sauvignons, a dry Manzanilla sherry and a fizz.

The Grant Burge 10-year-old tawny was perhaps the match of the competition with stilton – sensational stuff.

There were also some delightful pairings in the Indian section, with the Bott Geyl Pinot, Artisan Pinot Gris, Villa Maria Gewurz and Vidal Riesling all putting in fantastic performances. 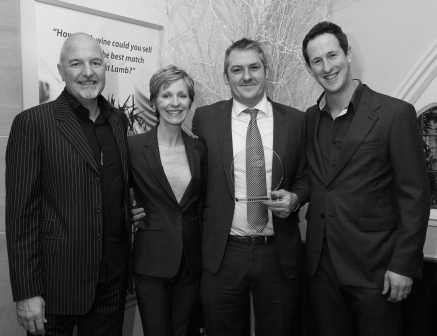 It’s also appropriate to mention the magnificent all-round performance by the Spice Trail Rosé 2011, which came so close to a trophy in all four curry categories that it was given an honorary trophy of its own.

Kudos also to Hatch Mansfield, the importer of producers such as Villa Maria and Taittinger, which scooped a mammoth ten trophies.

You can also listen to a podcast on the awards ceremony and What Food What Wine generally (featuring an interview with Peter), on the Huw Pryce Talks website.

Don’t forget that you can try all these delicious dishes, together with their perfect wine pairings, on Saturday 16th March when What Food What Wine Live launches with a bang at Lord’s cricket ground in London.

You are warmly invited to come along, sample the food and wine, attend masterclasses on all kinds of delicious matters. It’s surely the most delicious day out in London this year – and it’s a complete bargain at £30. We’d love to say hi so please do come along and join the fun.

Susie and I would like to say a personal thank you again to our superb team of judges, who make the competition such fun, as well as a brilliantly educational experience.

We’d also like to thank all the merchants, wineries, importers and others who have supported these awards since their inception last year. This is a ground-breaking initiative for a UK wine competition, putting wine on the dinner table where it belongs, and judging with no preconceptions other than a rough price guide of (RRP) over or under £10.

Finally, thanks also to the team at the IWSC for making it all happen. Roll on 2013!

What Food What Wine Trophies 2012