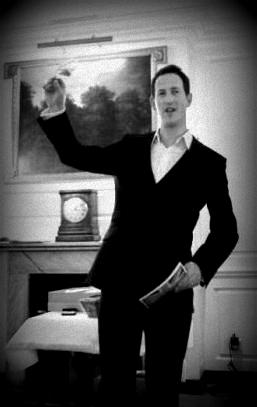 This short piece is to say a very big thank you to everyone who came along to our Magic Wand wine event and helped raise over £1,500 for this excellent cause.

The sell-out tasting featured a delicious range of wines (detailed below) paired with some equally delightful morsels, from Brindisa ibérico ham to home-made parmesan biscuits and Jude’s ice cream. Some ingredients – including parmigiano-reggiano and felino salami – had been flown back from Milan expressly for this event. Now that’s dedication to the cause…

We were honoured by the support of Winchester Mayor and Mayoress, Frank and Anne Pearson, who kindly provided the historic Abbey House venue. Anne was on hand to help co-ordinate the evening in inspired style, while Frank kindly popped in to say hello before heading off to the Children in Need sing-along at INTECH.

I hosted the tasting, which featured a healthy selection of Sainsbury’s wines as their local store also supports the Magic Wand Appeal. I couldn’t help but include some great value options which I’d spotted at their recent press tasting – to give people some ideas for how not to break the bank over the festive period. We also used wines from Avery’s and local Winchester importer Twisted Vine, who specialise in boutique Californian producers. 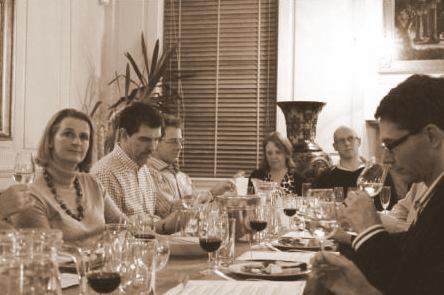 The evening was supported by many local (and larger) businesses, either in the form of donating (or selling at cost) the wines and foods we enjoyed, or by generously giving prizes for the raffle and silent auction.

Sincere thanks to all of them, as well as to organiser Nikki Oliver and her husband Gary, and everyone who helped on the night.

The Magic Wand Appeal is raising money to renovate the children’s ward in the Royal Hampshire County Hospital, in order to give both kids and their guardians and family a more pleasant experience at what can be a testing time in their lives. This event came in the wake of the Fulflood Great British Charity Ball in the summer, which raised over £7,500 for the Magic Wand. If you’d like to donate, you can find details on this page.