Susie & Peter / Other Categories  / Blogs  / Wine of the Week

Wine of the Week 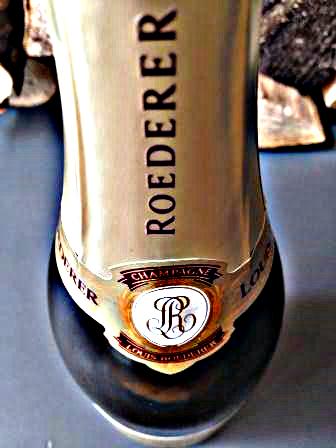 We’ve been lucky enough to taste some great fizz of late.

Some of this has been home-grown. A recent Nyetimber tasting stands out in particular – and we’ll be reporting on that in more detail shortly.

For good or bad, however, champagne remains the benchmark by which ambitious sparkling wine is measured.

As with any wine region, there are producers in Champagne who do a poor job (making overpriced, bland fizz) and there are those doing a good job, crafting wines of engaging character and satisfying bang for the buck.

Grower champagnes are increasingly offering a great point of difference in terms of characterful fizz – but some of the big names are also doing a commendable job.

Louis Roederer is a case in point. [Disclaimer: I judged the Louis Roederer International Wine Writer Awards in 2012.] While we’ve tasted some of the grander wines from this estate lately (Cristal 2002 particularly sticks in the mind, as does the 2008 Brut Rosé), a good champagne house should be measured by its humblest wine – the non-vintage.

And that’s where we’ve been impressed. In our view the Louis Roederer Brut Premier NV (12%) is tasting on top form right now: focused yet stylishly decadent, with refreshing but luxuriant flavours of brioche and roasted apple. Precise. Classy. Satisfying. (7/10)

It’s also just won a gold medal and trophy at the Decanter World Wine Awards. So if you’re after a fizz to toast father’s day, or to pop at the Isle of Wight festival, or to quaff on the beach with fish and chips, or to give Peter as a present at the BBC Good Food Show this weekend…this would do a very fine job.