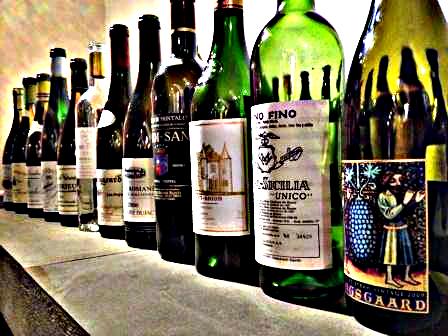 This was the 60th anniversary of the Varsity Blind Wine Tasting, sponsored by Pol Roger. In a notable departure from the norm of the Oxford vs Cambridge annual tasting contest, and to celebrate the occasion, this year there was a show-down between specially selected teams to represent the ‘trade’ and ‘press’.

The most important headline was that Oxford won the headline event – many congratulations to them. It was, nonetheless, only by a slim margin (12 points between the two teams – out of a theoretical team total of 1,440).

The eventual difference between the trade and press teams was even tighter – just six points – but the trade prevailed. This despite the best overall tasting performance result going to the press team’s Anthony Rose, himself a veteran of the varsity wine match.

The press – inevitably – called for both a re-count and a rematch. Either way, this was a hugely enjoyable occasion, one which I, for one, was very happy to support – it’s great to see people getting passionate about wine, having a bit of fun, and celebrating what this great drink is all about. 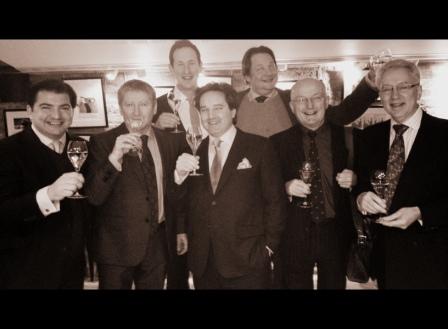 For the record, the press team comprised me, Michael Schuster, Matthew Jukes, Oz Clarke, Will Lyons, Anthony Rose and Joe Wadsack. The trade team was made up of Jasper Morris MW, Gearoid Devaney MS, Christophe Delalonde MS, Arabella Morris MW, Jon Pedley MW and Cat Felstead MW (replaced by an Oxford coach, in the event, as she was unable to make it).

The wines (see below) were testing – some notably more than others – but fair, and frequently a treat. The Vega Sicilia 1953 was perhaps the biggest (yet delightful) curve ball, with other highlights being the Haut-Brion 1995, the Egon Müller 1987 Scharzhofberg and the Le Montrachet 2008. I’m afraid I was less keen (and complimentary in my blind tasting) towards some of the others…

My thanks to Pol Roger for not only organising a splendid day but also for their ongoing support for an excellent initiative that gets young people excited (and serious) about wine. Apparently they are also now running Edinburgh vs St Andrews and Bristol vs Bath university tastings. I suggested a ‘six nations’ of wine matches, with winning university teams from England, Wales, Scotland, Ireland, Italy and France – maybe even a world cup in due course… 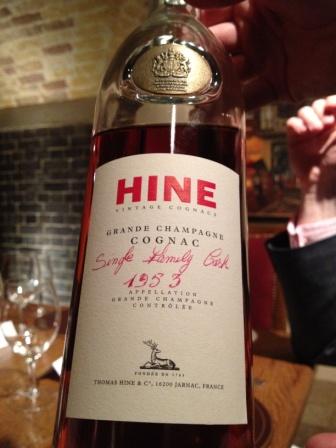 For now, Pol Roger are planning to launch a book to commemorate the 60th anniversary of the Varsity Wine Tasting, which is due out in May, entitled Reds, Whites & Varsity Blues. They are also launching a one-off 1953 cask bottling of Glenfarclas whisky and Hine Cognac, the latter of which we tried at the end of a superb lunch in the Napoleon Cellar at Berry Bros & Rudd, and which was nectar. A suitable compliment to the excellent (and still young) 2002 Pol Roger served in magnum to kick off proceedings.

Vouvray Sec 2011, Clos de Bourg, Gaston Huët – a tricky wine to start with, fairly neutral but with crisp acidity and gently off-dry. I put it as good New Zealand (Awatere) Pinot Gris because it didn’t have that hallmark woolly note and bruised apple of classic Loire Chenin. That’ll teach me…

Châteauneuf-du-Pape Blanc 2011, Roussanne Vieilles Vignes, Beaucastel – I was way off the mark here, mistaking the subtle reticence and breadth of Roussanne for something altogether simpler and cheaper. I’m afraid I’ve never been a massive fan of this style of wine (see my remarks on the 2009 here) but there you go.

Le Montrachet 2008, Marquis de Laguiche, Joseph Drouhin – something I recognised immediately as top quality Grand Cru white Burgundy. I went Corton-Charlemagne in the end. I guessed 2009 because it was quite rich on the finish and not as taut as I’d expect 2008 or 2009 to be. But either way, this was a glorious, resonant wine, a real treat. (I’d also liked when I tasted it at the Primum Familiae Vini event.) 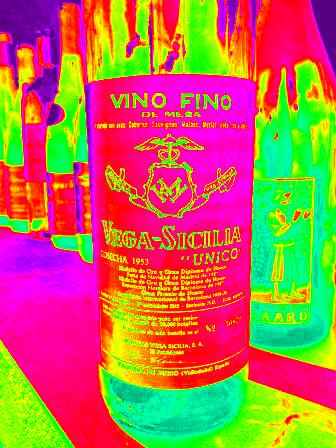 Scharzhofberger Auslese 1987, Egon Müller – wow. This was a show-stopper of a wine, one you looked at, smelled, then thought ‘this can’t be…’ then tasted, then realised it was, then simply smiled… Sensational aged Riesling, utter grace and poise, haunting and captivating. Deep golden hue, baked apple and honeyed richness on the nose, epic acidity, gorgeous balancing sugar, and a balletic finish. Apparently it was harvested at Eiswein potential. No wonder. This is a blockbuster wine – in a beautifully understated way. I said it was from the 1974 vintage. But what do I know…

Condrieu 2010, Coteau du Vernon, Domaine Georges Vernay – OK, hands up, I put this as a particularly rich and exotic Albariño. It had higher acidity and less apricot/white pepper scent than I’d expect of a classic Condrieu, but you can’t win them all. Very creditable stuff, mind.

Barsac 2004, Château Climens – another suspiciously golden-hued number in the line-up, I left this one until last to taste, and rightly so. Rich, unctuous and heady, but pretty well grounded, this was classic young Sauternes, one I put as Barsac (albeit from the superior 2001 vintage).

Saumur-Champigny 2006, Clos Rougeard, Les Poyeaux – a bit funky and edgy, this wine generated lots of discussion afterwards. Could have been any number of things, with a florality suggestive of Syrah/Malbec/Touriga, but not the depth of colour or palate weight. Many people (as did I) went for right bank Bordeaux. A tricky one.

Vosne-Romanée 1er Cru, Aux Malconsorts 2006, Dujac – oh dear. I struggled with the idea of this being Burgundy but it just seemed too fluid, too fruity and too simple in youth to be good Burgundian Pinot Noir. Many people afterwards questioned the ripeness (06 was a year that gave quite generous styles of white and red, but not a particularly high quality vintage) Oh dear…I went Martinborough Pinot. But I’d have expected more of this producer and site.

Brunello di Montalcino Riserva 2006, Biondi-Santi – a notably reticent, closed wine, just with enough tell-tale cherry hints, brisk acidity and grippy tannin to lead to Tuscany. I thought the colour and body suggested the inclusion of some ‘foreign’ varieties (eg Cabernet/Merlot), hence Chianti seemed more consistent. (Brunello is only officially allowed to be 100% Sangiovese. Officially, that is…) May be emerging from its shell but it’s a slow burner if so. 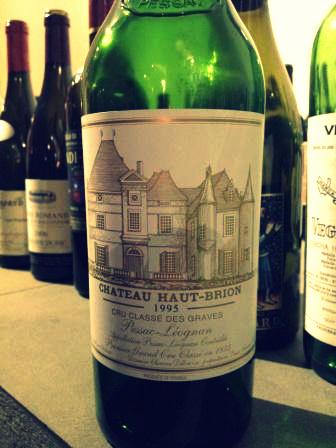 Château Haut-Brion 1995, Pessac-Léognan – a glorious wine, one of those you stopped to savour in the midst of the blind tasting frenzy. There was a definite warm earth and ferny aroma which led me initially to Pessac, but then the firm, almost burly tannic profile and quite spicy finish took me away to St-Estephe in the end. No matter – either way this was truly supreme quality claret, elegant and age and with the richness of a warm, excellent vintage. (I went for the 1990, incidentally.)

Vega Sicilia Unico 1953 – anyone who got anywhere near this deserved a medal. A total curve-ball, I had this as a top quality 1994 Gran Reserva Rioja. It had a tell-tale coconut, tea-leaf and red fruit character, but also all the trappings of magnificent maturity – yet, tellingly – also lots more left to give. What a wine, a real treat, resonating with class and nobility. (You can read my previous, more formal tasting note on this wine here.)

Kongsgaard Syrah 2009, Hudson Vineyard – the inky, opaque hue of this and beautiful peppery, black olive aroma marked it out immediately as top quality New World Syrah. Just where to put it… I went Chile in the end but it could have been South African too (New Zealand would have been lighter, Australia bigger…) I’ve been meaning to taste Kongsgaard for some time so it was nice to recognise the quality in a blind tasting. It was still a bit full-on to be easy-drinking (quite hard acidity and high alcohol) but great savoury intensity.