Susie & Peter / Other Categories  / Blogs  / Winery of the Week

Winery of the Week 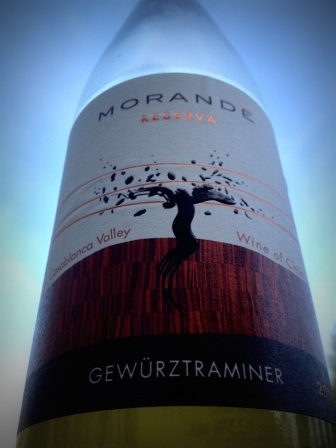 This week, more than a wine of the week, it’s a producer of the week.

Morandé is a Chilean winery headed up by charismatic industry captain Pablo Morandé. In my book it’s tended to be decent rather than exceptional. That is, until recently.

This is a winery that has been quietly innovating and now finds itself at the forefront of many exciting trends in Chilean wine.

I recently met up with new winemaker Ricardo Baettig in London. I’ve long been a fan of Ricardo’s winemaking. He’s a guy who aims for elegance and drinkability in his wines – perhaps partly the result of having lived in Italy for eight years and worked extensively as a wine consultant there.

Baettig used to make wine at Estampa in Colchagua. One of his proudest legacies there was to have brought in 14 different new grape varieties (28 clones, including Aglianico, Teroldego, Garganega, Barbera, Vermentino – and even Carmenère from the Veneto). Importing new vine material is a tremendously difficult task in Chile due to very strict quarantine laws so this is a significant achievement. Not least because, while Carmenère is a Chilean speciality, there is no pure clonal material of the plants in Chile.

At Morandé, Baettig is now looking to making elegant, subtle wines, ‘which aren’t obvious, and which might need a bit of explanation’.

The winery uses big oak fudres from Italy (some made from acacia), and works with offbeat varieties like Carignan, Sangiovese, Grenache and Gewurztraminer. Baettig is hoping to blag some cuttings off Estampa in the future, too. They will shortly also be making whites from their own estate in Paredones in coastal Colchagua, and there are more interesting regions and areas that Baettig is keen to explore.

In short, Morandé is a winery to watch. It is also starting to produce some tremendous wines. The two featured below are brilliant cases in point. We served them both to good (very discriminating) friends at dinner and they were so impressed they made us send them the stockist details so they could buy some. So don’t just take it from us!

Morandé Reserva Gewürztraminer 2010, Casablanca, 13.5% (£8.99-9.99, stockists as below*) – really well judged, elegantly handled Gewurz. Lovely perfume of candied strawberry and ginger but not overdone. It’s succulent, with a gentle spice, really moreish and engaging. Very elegant. Have it with cold gammon and piccalilli. 6.5/10

Morandé Edición Limitada Carignan 2007, Loncomilla, Maule, 14.5% (£15.99-17.99, Field & Fawcett) – creamy, voluptuous and yet grounded, this is a beautiful example of old-vine Carignan from the south of Chile. Juicy acidity underscores a bold flavour profile of dark fruit with earthy/ferruginous hints. Tannins are fine and, despite the hedonistic feel, it goes very well with food (duck and peach pappardelle, in this instance). Lovely stuff. 7.5/10