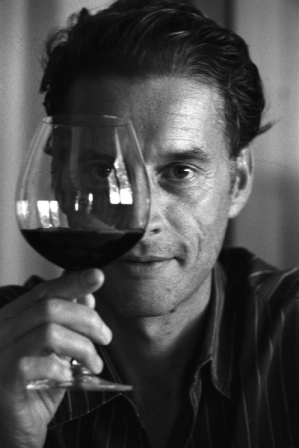 In preparation for seminars I was giving in Chile and London, I contacted Alberto Antonini – one of the world’s foremost winemaking consultants, who is particularly active in South America.

He was kind enough to write me a long email which I thought was so interesting that it would have been a waste for an audience of one – hence its reproduction here. I’ve edited minimally; essentially this is his text verbatim, prompted by my vague initial questions about the context of South American wines and their future.

By way of background, Tuscan-born Antonini studied in Florence, Bordeaux and California before cultivating an impressive winemaking CV incorporating producers of all shapes and sizes from Antinori and Frescobaldi to E&J Gallo, Concha y Toro, Nieto Senetiner, Okanagan Crush Pad in Canada and most recently Areni in Armenia. He is a partner in Altos las Hormigas in Argentina and his family winery is Poggiotondo in Tuscany. [Post-script: after this article was published, Alberto sent me a full list of his consultancies, which I have now added at the end. No wonder he’s on the road so much…]

In this interview, he discusses new projects in Uruguay (planting Petit Manseng near Punta del Este) and what would constitute some of the most southerly plantings in the southern hemisphere to date – in Chubut, Argentine Patagonia. He pulls no punches over flying winemakers who travel ‘with a recipe’ and puts Chile ahead of Argentina in terms of understanding and exploiting its winemaking terroir. He also notes how he is, ‘more and more into natural winemaking’.

Above all, he brings a unique and experienced eye to the context of South America and its wines.

Although sometimes I’m associated with that sad category known as ‘Flying Winemakers’, famous for travelling with a recipe and making more or less the same style of wine wherever they go, I’m actually encouraging all my clients to go back to their roots and to try hard to make wines which can be a true expression of their origin.

When I started working in Argentina back in 1995, nobody believed Malbec was a premium grape. They were all proudly showing me their Cabernet, Merlot, Syrah and Chardonnay as their top wines. But they were all shy with their Malbec as they didn’t feel comfortable showing it to me as a premium wine in its own right. 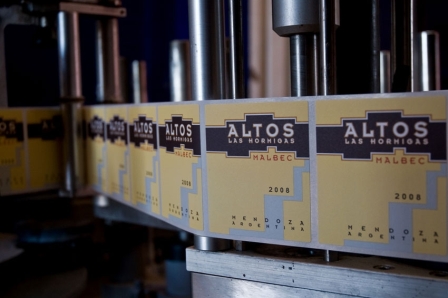 Now of course they’re all Malbec pioneers but believe me: when I started Altos las Hormigas as a pure Malbec project, they all told me it wouldn’t last more than three years. But it’s been going a little longer than that now… [16 years and counting – PR.]

I’ve worked very hard since then, as a producer and as a consultant, to encourage my clients to focus on Malbec. To me, along with Bonarda and Torrontés (in Salta), it is THE grape to focus on in Argentina. And that has happened, as you know.

But, just as importantly, when I’m asked what should be the next step for Argentina I always reply it should be TO SELL LESS MALBEC AND SELL MORE ARGENTINA.

I believe that now that we are known all over the world as producers of fine wines, we should look to the future and work hard to identify the different areas and start selling the origin of the wine and not the grape variety.

My concern about selling the ‘grape variety’ is that sooner or later we may end up in a commodity business which isn’t what premium wines are about. It’s already happened with Shiraz in Australia, Pinot Grigio in Italy and Sauvignon Blanc in New Zealand.

A Kiwi Sauvignon producer worries about the price of a Chilean or South African Sauvignon, while a producer from Sancerre doesn’t. The next step for Argentina is to define what [Mendoza sub-regions] Altamira, Vistaflores, Agrelo etc. are and sell them instead of Malbec.

Premium wines always talk about their origin and never about the grape variety. And that is what we should do in Argentina. Is it an easy process to create a serious appellation? No. Is a fast process? No. Can we do it? YES WE CAN! 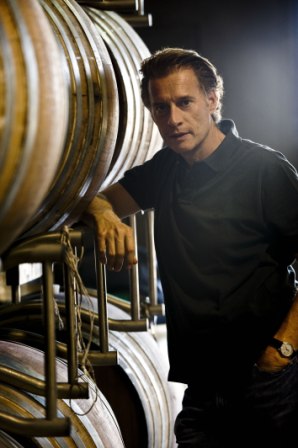 Because, frankly, I don’t see why we can’t.  I’ve done a lot of work with Pedro [Parra, Chilean terroir specialist – click here for more] in the last four years, trying to understand the different Mendoza terroirs. I’ve used my 16 years of experience in tasting Mendoza wines from all the different regions and he has used his great experience in understanding the relationships between terroir (soil, microclimate etc) and wine characteristics.

And I can tell you that we have put together a lot of very interesting information, achieving a level of knowledge which allows me to understand a lot better what to do where. This is the base for starting a process of an appellation and now we have to go through the politics and bureaucracy, which is the hardest part.

But I’m optimistic, as always, and I’m sure over time we will achieve it. The producer environment is ripe enough to start the process, even if some producers are concerned because they have been so successful selling the ‘grape variety’ that they may not want to change. I keep telling them that I see more and more Malbec planted in other wine regions (Chile, Australia, California) and we might be in trouble in a while if we only insist on that concept.

Premium wine production is all about uniqueness. The only way to achieve this is to make and sell something which cannot be duplicated. The grape variety can be duplicated everywhere; origin cannot.

I believe the quality in Argentine wine is very high and compares very well to top wines from other countries. So clearly the potential is there. What’s more, I do believe that the soil and climate in Mendoza and other regions like Salta, Neuquén and Pedernal (San Juan) create amazing growing conditions to achieve a very high level of quality. The dry climate, the heat and sunlight intensity during the day, together with the cold nights and high quality alluvial soils washed down from the Andes, really do make something unique to play with in the production of premium wines.

We have already achieved great quality in terms of fruit flavour, concentration and tannins. We now need to focus on elegance and complexity. By understanding the terroir in greater depth, you can make wines with a stronger sense of place. It’s a process we’re going through. I remember my early days in Mendoza, when just making a wine with no faults (like poor quality oak, over-ripe fruit flavours and other off-flavours in general) was already a big success. But now that isn’t enough and we have to look at the finer details.

I first visited Chile in 1995. That was a world apart from how the country is now.  I got the impression of an ‘industrial’ wine business, with lots of well made wines but which lacked personality. Most of the industry was in the Central Valley.

Today, however, Chile is one of the world’s most exciting wine countries.

A lot of new regions have been developed, with state-of-the-art vineyards (eg Leyda, Limarí, Apalta, Alto Maipo, the very exciting Cauquenes etc…) The level of knowledge of the different terroirs is amazing. Pedro’s work has been a key point in this recent progress, along with a young generation of outstanding and open-minded viticulturists and winemakers who are really making a significant break with the past. 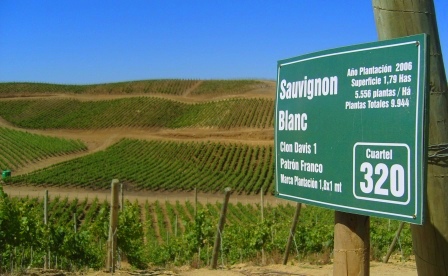 I would say that, at the moment, in terms of terroir knowledge and focus on the origin of the grapes they are ahead of Argentina. What I was saying for Argentina is valid for Chile too, in the sense that the next step should be setting up Appellations of Origin and focus on elegance and complexity more than power and upfront fruit.

There are great conditions for making premium wines in any Chilean wine region. What’s more, the diversity of conditions is amazing. Now, it’s important to deepen the knowledge of these terroirs and avoid the mistake of doing everything everywhere, which confuses the market and puts the emphasis on grape varieties rather than origin – which is a problem.

I’m involved in projects in almost all of these exciting regions. I’m working closely with Pedro as we find a great mutual interest integrating our professional experience. The only problem with Pedro is that we are both music lovers and fanatic collectors of vinyl records – so sometimes when we get together we forget about wines and terroirs..!

The level achieved by premium Chilean wines in the last few years is already very good. But there is room for improvement as we hone in more on the terroir and what works best where.

In Uruguay, I’m been consulting from the very beginning on a very exciting project located near Punta del Este, in Garzon. 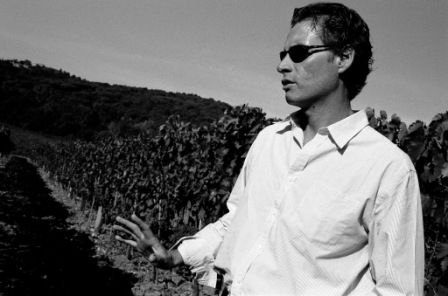 I fell in love with the place as soon as I first arrived. It lies on an amazing shallow and stony soil called balastro and there’s a beautiful breeze from the Atlantic ocean… So far we’ve planted 160 hectares of state-of-the-art vineyards and the focus will be Tannat for the reds and Albariño and Petit Manseng for the whites. Though, given it’s such a new place and project, I’ve also planted some other red and whites grapes which should do well in that environment.

We have a facility on the property where I’m making the wines already (albeit in small quantities). Initial results are very encouraging. The new winery will hopefully be ready in time for the 2013 vintage and it will be one of the most beautiful facilities I’ve ever seen.

Uruguay is still behind in terms of knowledge of their terroirs compared to Argentina and Chile. Plus, where most of the industry has been developed so far isn’t probably the best you can get from Uruguay. Canelones has some good spots but there are other exciting places like Garzon and others we are exploring and I believe will be developed in the future.

At the moment we have to work hard to put Uruguay on the map. I believe this project will help a lot as we are in a great place and I had the chance to set it up from scratch with unlimited financial resources. I’ll be making some noise about it in the near future!

Finally, talking about new things, I should mention a project in Chubut, Argentina.

The same owner of the Uruguayan project (Mr. Alejandro Bulgheroni) has a property in Chubut [Argentine Patagonia]. As soon as I visited it, I got very excited about the amazing stony calcareous soils – very rare in South America. I called Pedro and he was hired to do a terroir study which confirmed my feelings. He described it as one of the best spots in South America, with many similarities to Burgundy…

I’ve only planted a few hectares, focusing on champagne and normal clones of Pinot Noir and Chardonnay. The place is amazing and very remote. It will be challenging as it will be the most southern vineyard in the Southern Hemisphere! Nice warm days and very cold nights; let’s see what happens. I’ll keep you posted!

Regarding my winemaking approach in South America, I’m more and more into natural winemaking. I’m only using concrete (with no epoxy [resin] inside!) and oak to ferment, natural yeasts and a lot of techniques which are very exciting and give great results.

But that’s a whole different discussion…