I was recently in São Paolo hosting a Chilean fine wine event alongside terroir expert Dr Pedro Parra and Brazilian writer/consultant Carlos Cabral – and a fascinating few days it turned out to be.

As well as getting to taste some top Chilean wines and listen to the ever-instructive Parra, I learnt lots about Brazil, its wines and its wine market. (Not to mention my first encounter with jabuticaba – possibly one of the best named fruits on the planet…)

Chile is keen to promote its fine wine credentials in Brazil because it is a boom market, with plenty of potential and few of the cultural, religious and gastronomic obstacles associated with the likes of China and India. (Even if the Brazilian government is currently toying – absurdly – with protectionist legislation that might punitively tax, or limit the imports of wine from outside the country.)

Brazil’s middle class and purchasing power is burgeoning. With a population of nearly 200 million, it has one of the fastest growing rates of new millionaires in the world (currently over 200,000, apparently) and its middle class ranks have recently swollen to around 100 million. It recently overtook the UK to become the world’s sixth largest economy by GDP.

Currently, wine consumption stands at a pitiful two litres per capita (contrast Britain at 25 litres per capita). Historically, much of this has been low-grade wine made from non-vinifera wine grapes: around 80% of Brazilian production is still from labrusca vines. (And most of the country, especially those in warmer equatorial areas, tend to prefer a refreshing beer, local cauim hooch, or the heady cachaça cane spirit – consumption figures for the latter are reputedly a staggering 10 litres per capita…)

But Brazilians are now getting a taste for the real deal – between 2002 and 2010, the wine market grew 280% in volume and 400% in value. Within Brazil, there is a growing market for luxury, and fine wine is fast becoming a status symbol as well as something to be properly appreciated and enjoyed.

Chile is the market leader in Brazil, with Argentina also popular, and it has a reputation for quality at the top end (unlike, say, in the UK where Chile’s image has historically been forged around cheap and cheerful wines).

So it seemed appropriate in São Paolo to be savouring, and discussing some of Chile’s most lauded wine names including Casa Marin’s Cipreses, Don Melchor, Seña, Carmin de Peumo, Aristos, Clos Apalta, Montes Folly and Altaïr. Chile has only just started to actively promote its top wines under the auspices of Wines of Chile’s new Fine Wine Committee, but it’s a great concept and always good to foster awareness and generate discussion. The feedback was notably positive on this occasion, too.

My tasting note highlights from the trip are as below – necessarily brief and approximate in marks from the seminar, as it’s difficult to both host an event and concentrate on the tasting – but these also include some Brazilian wines I was lucky enough to sample while there. 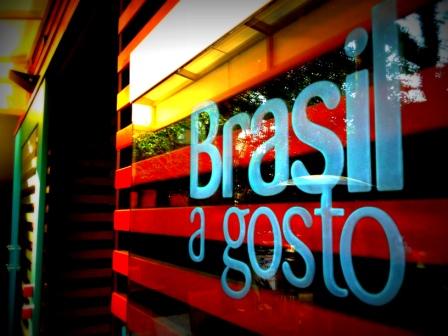 As for my overall impression of Brazilian wine, I think it has bags of potential. Impressive new terroirs seem to be emerging all the time (Santa Catarina and Campanha Gaúcha being two cases in point). The natural style is crisp, refreshing and mid-weight – reds at 12.5% are not uncommon. That’s an engaging point of difference from other New World nations, where the defaults style has historically been big, thick and bruising – and it chimes with the global trend towards ‘less is more’ in wine. (Although it may be a style suited to export markets as the natural Brazilian taste is for richer red wines.)

Fizz is another forté of Brazil’s. Easy-going Charmat (tank) method fizz is decent and affordable – but I think Moscato (low alcohol, gentle fizz, succulent medium-dry style) could be a real winner here, both at home and for export.

When it comes to more ambitious fizz, I tasted some decent traditional method sparkling, but was puzzled as to the lack of structure and acidity – something that should naturally be a hallmark of Brazilian wine. Maybe I need to taste more widely but I was told that many producers shy away from the high-acid style because the Brazilian palate isn’t used to it.

But why go to the trouble of ageing a sparkling wine for two, even three years if you end up with a thoroughly middle-of-the-road wine?

Aristos Duque d’A 2008, 14% – I was captured on camera giving my description of this wine (you can view it here) but, to summarise, this wine is all about the texture and structure. Beautiful grainy structuring tannin, food-friendly and savoury in style, together with a juicy refreshing acidity make for a very serious, very moreish style. The aromas are minty dark berry fruit, with earthy and toasty hints. It’s maturing beautifully and is a very, very impressive new wave Chilean red. 8-8.5/10

Carmín de Peumo 2007 – I tend to prefer my Carmenere slightly crunchier and more vivid than this, but even in a generous, ripe style this is very well made. Lovely steely backbone (of Cabernet Sauvignon and Cabernet Franc from Maipo) around which is woven tons of soft plump fruit, soy sauce and candle wax hints. 7.5-8/10 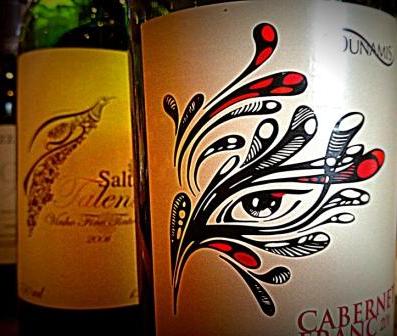 Lidio Carraro Dadivas Chardonay 2011, Serra do Sudeste, 13% (UK importer is Go Brazil) – a very well made, refreshing style of unoaked Chardonnay. Lively and juicy with gentle flavours of red apple and melon. Mineral hints. Could have a bit more structure and persistence on the finish but very elegantly crafted. 5.5-6/10

Pizzato DNA99 Merlot 2005, 13.5%, Vale dos Vinhedos (UK importer Go Brazil) – the riper, fuller, modern style of Brazilian red: ambitious, oaked and vaguely pruney. But it doesn’t fall into parody: for all its polished style it retains a grounding acidity and tannin. Personally I’d prefer more freshness and cedar, and less of the oak/ripeness, but it’s a good Merlot in this context. 6.5-6/10

Quinta do Seival Castas Portuguesas 2008, 13.5%, Campanha (UK importer Bibendum) – made by Brazil’s largest wine producer, Miolo, this wine speaks eloquently of Brazil’s Portuguese heritage. It takes very much like a fine Dão – it’s made from 50% Touriga Nacional with 50% Tinta Roriz by a Portuguese winemaker, and is beautifully floral, fine-grained and elegantly bittersweet. Food-friendly and generally pretty delightful. A real find. 6.5/10 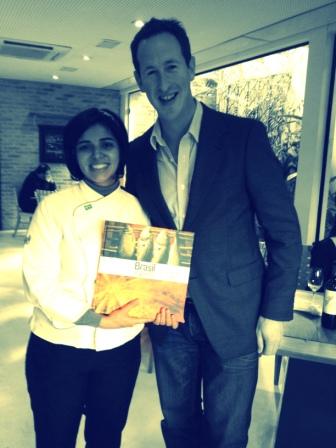 Salton Talento 2006, 13%, Campanha – a bit funky and mature, leathery in style, but elegantly medium-bodied, with good spice and grip. A gutsy blend of 60% Cabernet Sauvignon, 30% Merlot and 10% Tannat. Dried herbs and a nice harmonious finish. Shows how well Brazilian wines can age. Also the importance of the vintage in Brazil (this 2006 showed much better than the 2007) where the short season means bad weather can have a markedly detrimental effect. 6.5/10

Santa Rita Casa Real Cabernet Sauvignon 2007, 14.5% – the only Chilean icon red made by the same winemaker (Cecilia Torres) from the same vines since 1989 – quite a track record. This is a consistently complex, elegant red which marries textural finesse with great depth of flavour and ageing potential. This 2007 is still a baby: dusty dark fruit, wild berry. Grippy palate with herbal tones; resinous edge emerges. Savoury, long, young and compact. 7.5-8/10

Seña 2007 – another impressive outing from this Aconcagua thoroughbred (see my notes back to the first vintage 1995). Very young but dense and fine textured. Resonant. Needs time but shaping up well. 7.5/10

Villa Francioni Sauvignon Blanc 2010, 13.6%, Santa Catarina – edgy style, with nutty grapefruity and citrus notes. Although it lacks a really structured, dense zing to it, it is ambitious and smartly made, very food-friendly too. Interesting! Some nice maturity going on here too. Clearly made by a thoughtful and articulate winemaker. 6-6.5/10

Postcript: Wines of Brazil later published a piece on my visit which you can read on their website via this link.