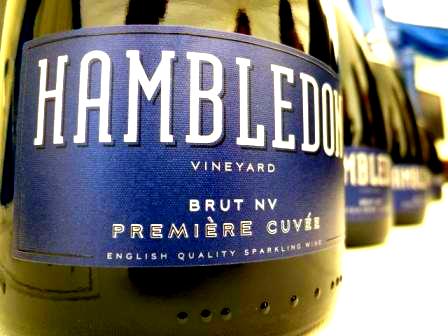 English fizz is getting a good name for itself.

Quality is rivalling that of champagne. There’s been a plethora of positive recent press. And the country is currently riding high on a wave of patriotic pride in the wake of the Olympics, Diamond Jubilee and several epic sporting achievements (bravo, Andy/Lions/Justin Rose et al). Let’s not forget too that this year is the 60th anniversary of the queen’s coronation – something no doubt we’ll be hearing more about in due course.

But one nagging issue refuses to go away: the matter of the very name itself.

Today I was at the re-launch of Hambledon Vineyard in Hampshire – famed as Britain’s first commercial vineyard in the modern era. It was planted in 1952 by Major General Sir Guy Salisbury-Jones but later fell into disrepair before being resurrected as a sparkling wine producer by current owner Ian Kellett, who has notably ambitious plans (eg to become the largest producer of quality English fizz in the country).

Assembled guests sampled the new Mill Down 2010 (an impressive, Chardonnay-dominant blend with notably juicy green-apple acidity and lovely bready richness to balance, rough retail price £22). A few of us even got the chance to try a sneak preview of the Hambledon, a more expensive multi-vintage cuvee but based on 2010, only just disgorged and without dosage but showing impressive balance and character in the context. 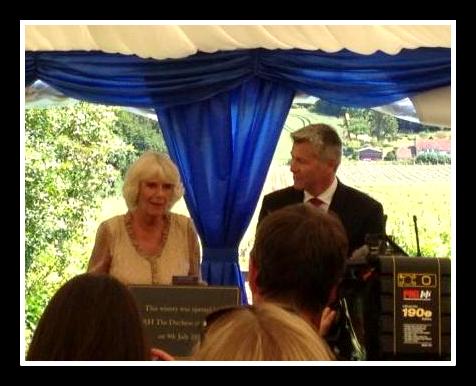 HRH The Duchess of Cornwall unveils the plaque with Ian Kellett

More importantly, we also got to meet HRH The Duchess of Cornwall, who was officially opening the new gravity-fed winery in her role as president of the United Kingdom Vineyards Association.

She noted how it was, ‘hardly a hardship’ to be supporting English wine and graciously accepted a bottle of Hambledon, responding to Kellett’s entreaty that it, ‘be left to rest for a while before drinking’ by saying she would, ‘try to hold off’.

She then went on to call on English fizz to come up with a better name for itself than simply ‘sparkling wine’, which in her view clearly doesn’t quite cut the mustard.

I couldn’t help, at this point, turning to grin at my neighbour, sparkling wine authority Tom Stevenson. I’d been chatting to him about this and his view (and the view of many experts, incidentally) is that a generic term for English sparkling wine is neither achievable nor particularly desirable.

He’d rather see the English authorities lobby Europe instead to have the ‘traditional method’ of sparkling wine production registered as English rather than French (or champenois) in origin, as it is currently. According to Stevenson’s research, English physician Christopher Merret made reference to this process in his paper to the Royal Society in 1662, some years before Dom Perignon ‘saw stars’ or was credited with coining the technique. Apparently, the English had access to proper corks and made better, stronger glass at the time, which was the key to the wine not exploding after its second fermentation in bottle and hence retaining its fizz. 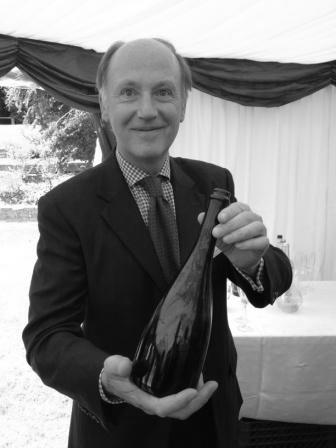 I can see his point. It’s fun trying to think up new names for English fizz – inspired suggestions from a competition we ran on this site, plus recent ones via social media, include ‘Albion’, ‘Brutish’, ‘Britpop’, ‘Verve’, ‘Celebritain’, ‘bubbly’, the gnomic ‘English fizz’ – this in addition to the likes of ‘Britagne’, pronounced Britannia, and ‘Merret’ put forward by producers Coates & Seely and Ridgeview, respectively. But is it necessary to have a generic name for English fizz, à la Champagne?

It would certainly make things neat and tidy from a marketing point of view, as it is in Champagne. But English producers are widespread, with many different geographical, geological and climatic conditions, and there is significant stylistic diversity. Given the youth of the industry, there seems little hope of consensus.

Better surely to give it time and hope that the plucky Brits can inject new life and raise the profile and image of the term ‘sparkling wine’. (According to Stevenson, Merret was also the first to coin the term, ‘sparkling wine’.) And perhaps put one over our Gallic neighbours by challenging their claim to ownership over a technique the British invented… (It’s hard not to be reminded, in this context, of the plucky South African Charles Back’s tactics when trying to register his ‘Goats do Roam’ pastiche trademark of ‘Côtes du Rhône’, when he delivered a bag of goat manure at the French appellation authorities’ door…)

Nonetheless, Camilla seems keen on the idea of a new name for English fizz, to recognise its burgeoning fortunes, and declared herself, ‘open to suggestions’.

If you do send your inspired ideas on a postcard to Clarence House, please copy us in too…